INTRODUCTION TO THE 12 LABOURS OF HERACLES IN GREEK MYTHOLOGY

Sources for the 12 Labours of Heracles

As a result the Labours of Heracles would appear in many ancient sources including the lost epic Heracleia by Peisander of Rhodes, the Bibliotheca attributed to Apollodorus, Bibliotheca historica by Diodorus Siculus, and Heracles by Euripides.

The Cause of the 12 Labours of Heracles

Heracles would have to undertake his Labours as an act of penance for a crime committed by the Greek hero whilst he lived in Thebes. Still a young man, Heracles would assist King Creon of Thebes in his war with the Minyans, and in gratitude, Creon gave his own daughter, Megara in marriage.

Despite being a son of Zeus, Heracles was not favoured by all of the gods though, and Hera, Zeus’ wife had a special hatred for her husband’s son, and Hera would persecute Heracles whenever she had the chance. Thus, Hera sent forth the goddess Madness to Thebes, and overtaken by madness Heracles would kill his own children and possibly his wife as well.

For his crime Heracles would be banished from Thebes, and Heracles would travel on to Delphi to consult with the Oracle about atonement for his actions.

The proclamation from the Oracle at Delphi was that Heracles must enter into a period of servitude with King Eurystheus, with Heracles told to perform any task requested by the king of Tiryns. 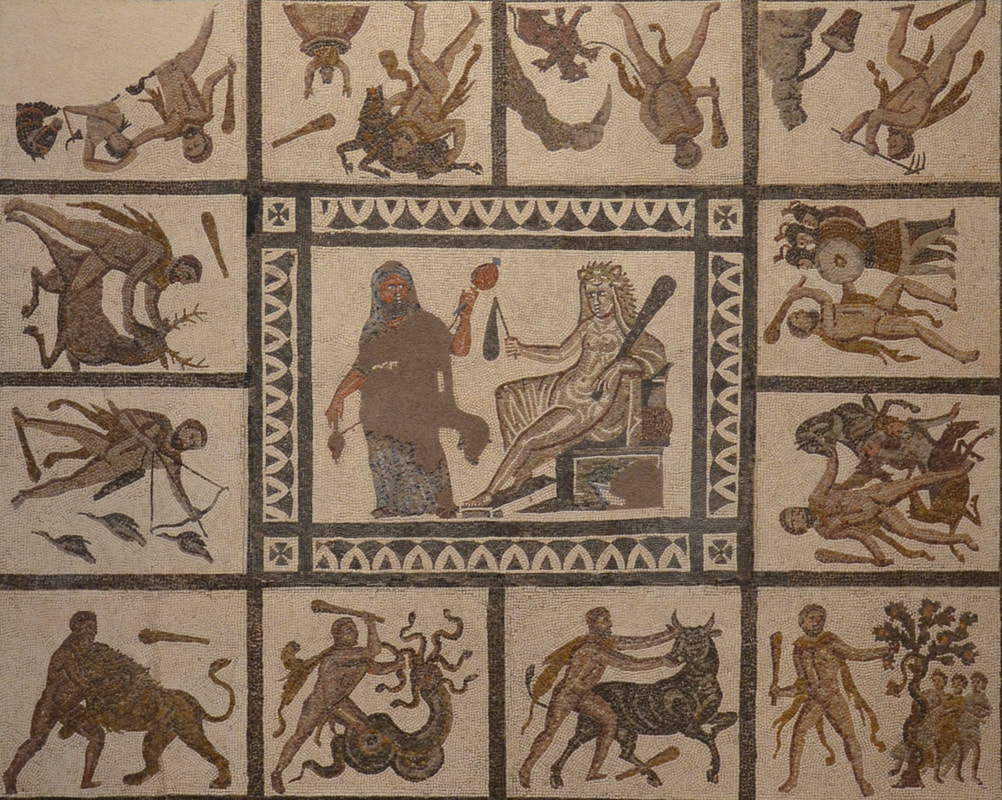 The 12 Labours of Heracles

Raised by Hera specifically to kill Heracles, the Lernaean Hydra had multiple heads, but every time Heracles cut off one head, two would grow in its place. Guided by Athena, and helped by Iolaus, Heracles would eventually overcome the Lernaean Hydra, by preventing new heads from growing, by cauterising the open wounds. The help given by Iolaus though, would see King Eurystheus discount this Labour.

The blood of the Lernaean Hydra would subsequently be used by Heracles, for the hero dipped his arrows into the poisonous blood.

Hercules and the Nemean Lion, oil on panel painting attributed to Jacopo Torni - PD-art-100
​Ceryneian Hind
The third Labour of Heracles, tasked to him by King Eurystheus was to capture the golden horned Ceryneian Hind. Less deadly in nature than the Nemean Lion or the Lernaean Hydra, the Ceryneian Hind was a sacred animal of the goddess Artemis, to even if Heracles caught the beast, Eurystheus believed that Artemis would kill him for his insolence.

It was a yearlong chase before Heracles finally caught the Ceryneian Hind, and Heracles managed to talk himself out of trouble with Artemis, promising to release the hind once his Labour was at an end.

When Heracles returned to Tiryns with the Erymanthian Boar, Euirystheus was so afraid that he his himself away in a wine jar for three days. The Erymanthian Boar was subsequently released by Heracles, with the animal then swimming to Italy.
​Cretan Bull
On the island of Crete the bull that King Minos had neglected to sacrifice to Poseidon was ravaging the land, and for his Seventh Labour, Heracles was tasked by King Eurystheus to capture the beast so that it could be sacrificed to the goddess Hera.

Minos was only too glad to be rid of the beast, but back in Tiryns Hera would not accept the sacrifice, and so the Cretan Bull was released, and from Tiryns it would wander to Marathon, where it would later be encountered by Theseus.

Mares of Diomedes
For his Eighth Labour Heracles would be sent to the barbarous land of Thrace. There resided a gigantic king named Diomedes, who owned four man-eating horses. Heracles was told to steal away the horses, with King Eurystheus believing that in the attempt Heracles would be killed by either Diomedes or his horses.

Diomedes though would fall to the might of Heracles, and when the king was fed to his own horses, the mares of Diomedes would lose their taste for human flesh.
Heracles though, did not even have to steal the girdle, for it was willingly given to the hero by Hippolyta, although Hippolyta was subsequently killed when the Amazons thought she was being abducted by Heracles.

Cattle of Geryon
Having relived one giant of his horse with the Eighth Labour, Heracles was now tasked with taking the cattle of another. Geryon was the owner of divine red cattle that pastured upon the island of Erytheia, and Eurystheus decided that he would like these cattle.

The Cattle of Geryon though were guarded by the two headed dog Orthrus, but the guard dog was easily killed by the club of Heracles, and when Geryon came to save his cattle, the giant was struck down by an arrow.
Apples of the Hesperides
The Garden of Hera was located at the very edge of the known world, and in this garden grew a tree that produced golden apples. The Hesperides nymphs would tend the garden, but the garden also had the protection of Ladon, a monstrous dragon.

Heracles was able to overcome Ladon, and evade the Hesperides so it was an easy task to take the Golden Apples back to Tiryns, although Eurystheus did not get to own them, for the goddess Athena ensured that they were returned to the Garden of Hera.

Cerberus
All of the eleven Labours that had been undertaken by Heracles had been presumed to be impossible, but with the Twelfth Labour, Eurystheus truly believed that he had found the task that would end up killing Heracles; for Heracles was now tasked with bringing by the triple-headed guard dog of the Underworld back to Tiryns.

Now it was commonly said that no mortal could ever return from the Underworld, whilst Cerberus himself was said to be deadly, and of course such a task was likely to bring down the wrath of Hades.

Heracles though sought permission from the god, before Heracles wrestled Cerberus into submission. When Eurystheus saw Heracles in company with Cerberus, Heracles was immediately banished from the Peloponnese, thus bringing the Labours of Heracles to an end (and of course Cerberus was released to return to the Underworld). 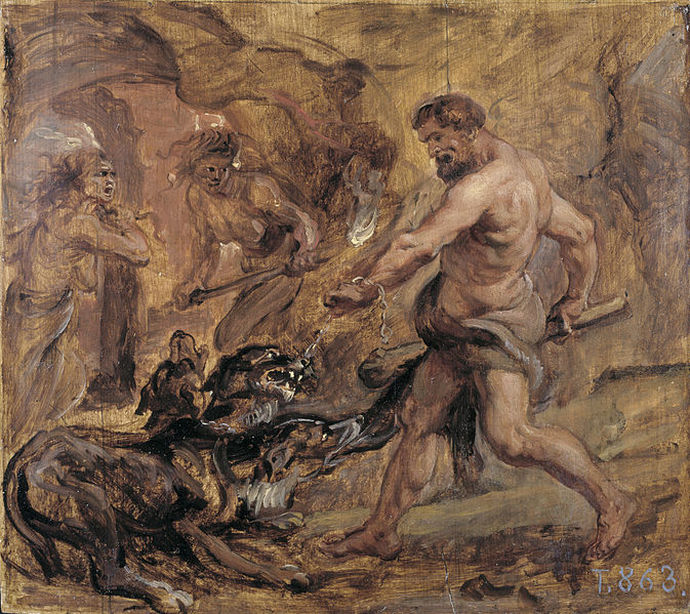 The end of Heracles's Labours

​Now initially it was said that there were Ten Labours of Heracles, but this was expanded to 12, and to explain this expansion it was stated that King Eurystheus refused to recognise the successful completion of two Labours; the slaying of the Lernaean Hydra, for Heracles had received assistance, and the cleaning of the Augean Stables, for Heracles has asked for payment.

When King Eurystheus saw Heracles returning with Cerberus, the king promptly banished Heracles from the region of ancient Argolis, and so the period of servitude to the king came to an end.

Further adventures for Heracles would occur, including some more Labours, but compared to those set by King Eurystheus these were considered to be minor tasks, referred to as Parerga. King Eurystheus would continue to live in fear of Heracles, and even after the hero’s death, the king continued to persecute the descendants of Heracles, the Heraclides, until eventually King Eurystheus fell in battle.
Contents