Andromache was one of the most famous female mortals of Greek mythology. Andromache would appear in, and after, the Trojan War, and although a Trojan by marriage, was highly regarded as the epitome of womanhood by the Greeks.

Andromache was born in the city of Thebe in the region of Cilicia in the southeast Troad. It was a city ruled by King Eetion, although it was a city subservient to Troy; King Eetion also just happened to be the father of Andromache.

The mother of Andromache is not named, but it was said that Andromache had seven, or eight, brothers.

The Demise of Andromache's Family

​After death, King Eetion would be honoured by Achilles, for the father of Andromache was allowed to lie on the funeral pyre adorned in his armour.

One of Andromache’s brother’s, Podes, perhaps escaped the sacking of Thebe, but he would later die at the hands of Menelaus during the Trojan War.

The sacking of Thebe is more famous today for it was from Thebe that Achilles took Chryseis, the woman who would cause disagreement between Achilles and Agamemnon.

Andromache Wife of Hector and Mother of Astyanax

Of course peace did not prevail, and soon the Achaean forces were at Troy, and whilst Hector would blame his brother Paris for the trials and tribulations of Troy, Andromache blamed Helen.

During the Trojan War, Andromache would act the role of Hector’s wife perfectly, supporting him, and even offering him military advice. Andromache would also ensure that Hector never forgot his duty as husband and father though.

Hector’s own sense of duty, as defender of Troy, would eventually seem him face the Achaean forces once too often, and the Greek hero Achilles would strike the son of Priam down.

Thus, Andromache found herself as a widow. 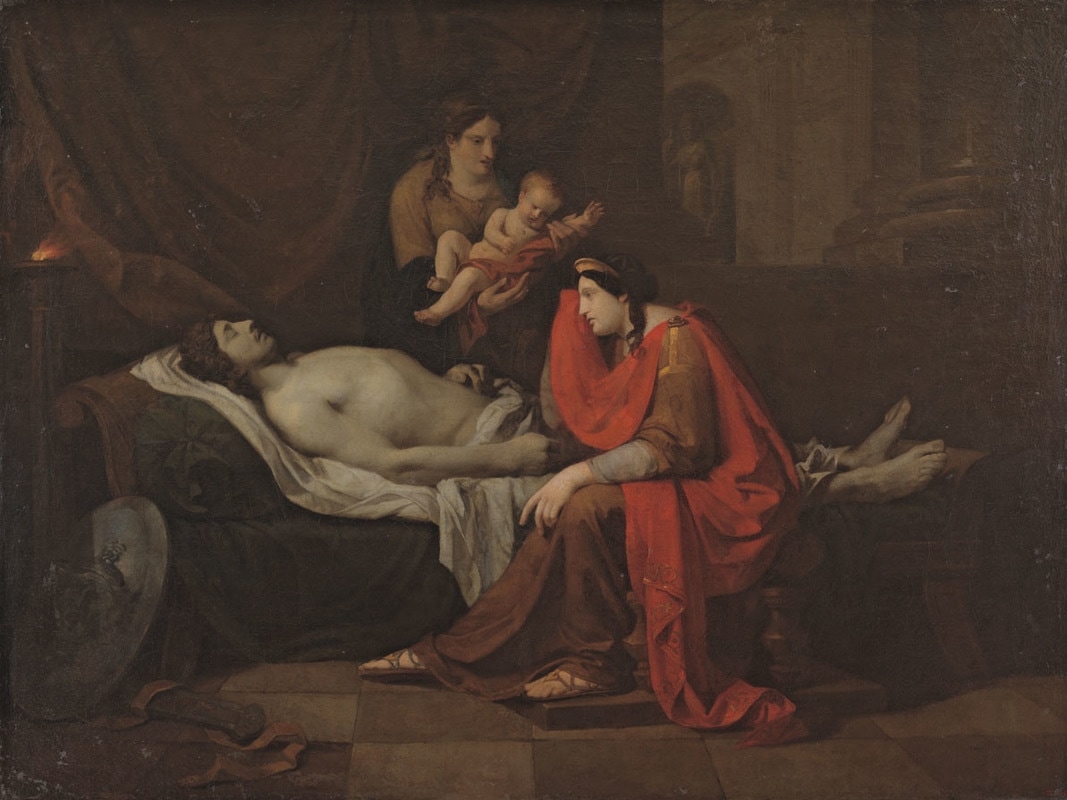 Andromache and the Fall of Troy

The life of Andromache after the fall of Troy is the basis for the play titled Andromache by Euripdes; and after leaving Troy, Neoptolemus, with Andromache in tow, would settle in Epirus, conquering the Molossian people, and becoming their king.

Neoptolemus would then marry Hermione, the daughter of Menelaus and Helen, with thoughts of establishing a powerful dynasty. Problems arose though when it became apparent that Hermione could not bear any children; a situation made worse when Andromache gave birth to three sons for Neoptolemus. These sons of Andromache being Molossus, Pielus and Pergamus. 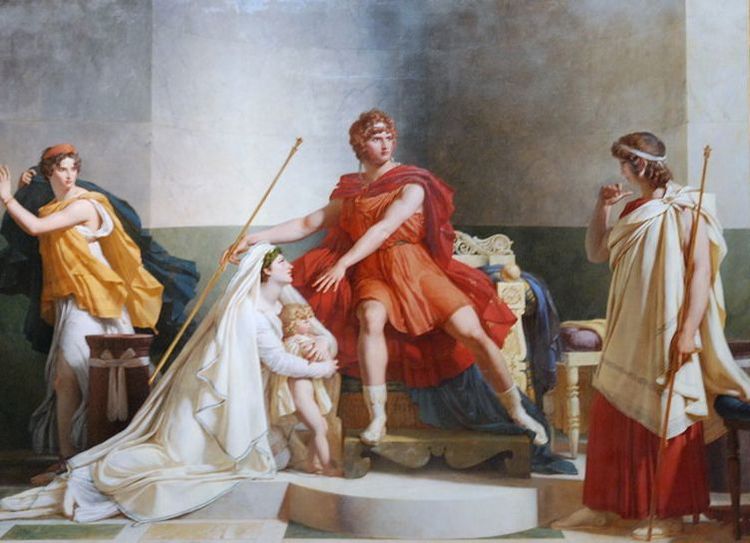 Hermione would begin to plot against Andromache, jealous of the concubine, and also fearful that Andromache has placed a spell on her, to ensure that she could not give birth. The plotting was seemingly coming to fruition, for with Neoptolemus absent at Delphi, and Hermione’s father Menelaus visiting his daughter, Hermione decided to kill Andromache.

Andromache knew something was wrong, and taking sanctuary in the precinct of Thetis, Andromache prayed to the Nereid, and hoped that Neoptolemus would return before it was too late.

Menelaus would not risk forcibly removing Andromache from her place of sanctuary, but instead threatened to kill Andromache’s son Molossus, unless Andromache came out herself.

Andromache of course left her refuge, and Menelaus declared his intention to kill her, although her actions had not necessarily saved Molossus, for Hermione was to decide upon his fate.

Andromache and Molossus though would be saved for at that very moment Peleus arrived in Epirus; though now old, Peleus was a hero of some note, the husband of Thetis and the great-grandfather of Molossus.

Menelaus’ hand was stayed but news would soon arrive that Neoptolemus would never return to Andromache, for Orestes, the son of Agamemnon had killed him. Perversely though, this act reduced the threat to Andromache for Hermione would leave Epirus and marry Orestes.

The Death of Andromache

All good things come to an end though, and Helenus would eventually die, and the kingdom of Epirus would pass to Andromache’s son by Neoptolemus, Molossus. Nothing is said of Pielus, but Cestrinus would aid his half-brother by expanding the territory of Epirus.

Andromache though, would not stay in Epirus, for it was said that she accompanied her son Pergamus in his travels through Asia Minor.

Arriving in the kingdom of Teuthrania, Pergamus would kill Arius in single combat, and would take the kingdom for his own, and the main city of the kingdom would renamed Pergamon.

It was then said that Andromache would die of old age in Pergamon.