THE SIRENS IN GREEK MYTHOLOGY

The Sirens are amongst the most famous characters from Greek mythology, for their encounters with Greek heroes really is the stuff of legends. These mythological figures are of course known for the “Song of the Sirens”, the melodies that would lure the unwary mariner to their deaths.

The Sirens as Sea Deities

The sea, and water in its entirety, was important to the ancient Greece, and every as aspect of it had a deity associated with it. In terms of the sea, there were powerful gods like Poseidon, and minor deities like the generally beneficial Nereids. The sea of course posed plenty of dangers to the Ancient Greeks as well though, and these dangers were also personified, with the likes of the Gorgons, the Graeae and the Sirens just some of these personifications.

The Sirens in Greek Mythology

In the beginning though, the Sirens were not connected to the sea for they were initially classed as Naiads, freshwater nymphs, with the Sirens being the daughters of the Potamoi (river god) Achelous. Various ancient sources name differing mothers for the Sirens, and some would claim that the Sirens in Greek mythology were born to a Muse, either Melpomene, Calliope or Terpsichore, or to Gaia, or to Sterope, the daughter of Porthaon.

Whilst there is confusion about who the mother of the Sirens was, there is also confusion about just how many Sirens there were in Greek mythology. There might have been anywhere between two and five sirens 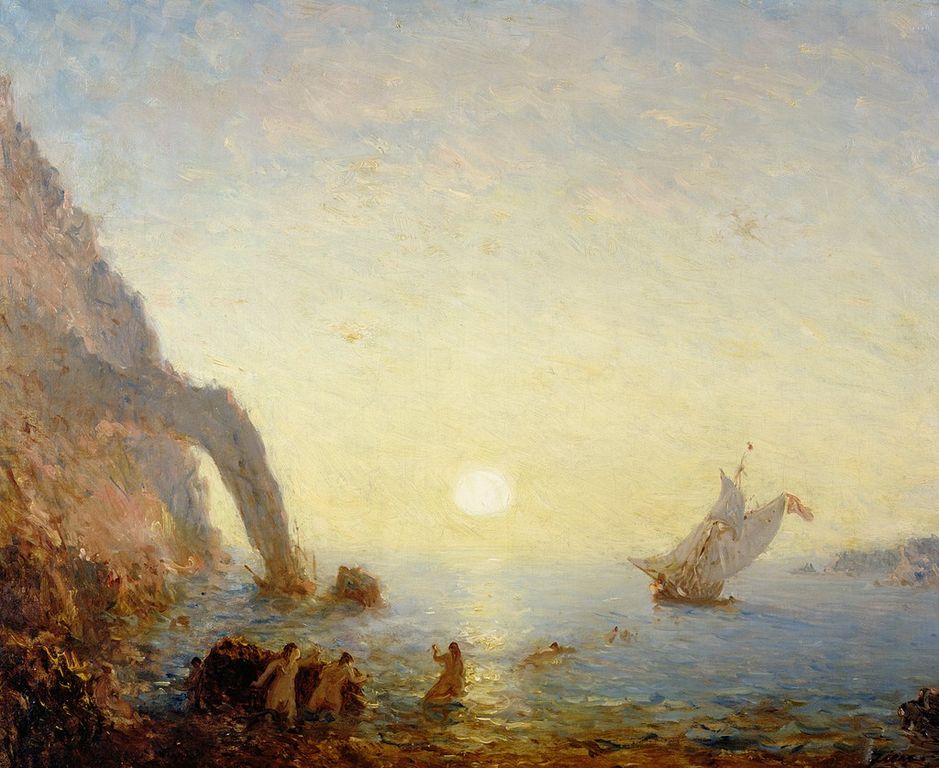 The Names of the Sirens

It could of course be argued that the first three names of Sirens given all refer to the same nymph. Hesiod, in Catalogues of Women, named the Sirens as Aglaophonus, Molpe and Thelxinoe (or Thelxiope), whilst in the Bibilotheca (Pseudo-Apollodorus), the names given were Aglaope, Peisinoe and Thelxipea.

The Sirens and Persephone

The role of the Sirens though would change when Persephone went missing. Although, initially unknown, the reason as to why Persephone was missing was because Hades, the Greek god of the Underworld, had abducted the goddess, in order that Persephone should become his wife.

In the romantic version of the story of the Sirens, Demeter would subsequently provide the Sirens with wings in order that they could aide her in the search for Persephone. Thus the Sirens were still beautiful nymphs, just with wings that enabled them to fly.

Other versions of the Sirens myth though has Demeter angry about the attendants of Persephone’s failure to prevent the disappearance of her daughter, thus when transformed, the Sirens become ugly bird-women.

The Sirens and the Muses

Some of the ancient stories that refer to the Sirens would claim that the nymphs would subsequently lose their wings. The Sirens would compete against the Younger Muses to find out which group of minor Greek goddesses had the most beautiful voices, and when the Muses bested the Sirens, the Muses would then pluck out the feathers of the Sirens.

Those ancient sources that did provide a description of the Sirens though were in a quandary, the same stories also told that following the disappearance of Persephone, no mortal ever saw a Siren and lived afterwards, making it impossible for a chronicler to give a first-hand description of a Siren. 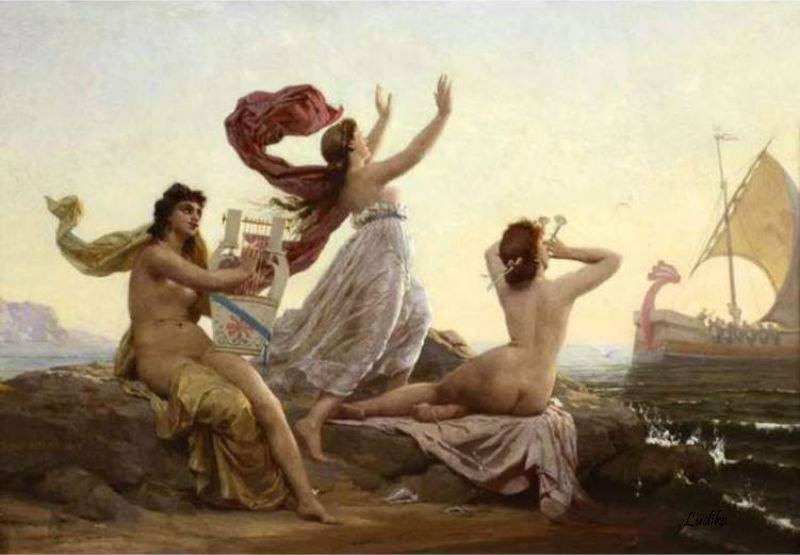 Island of the Sirens

The Argonauts and the Sirens

It is perhaps surprising that despite the apparent fame of the Sirens, these nymphs only appeared in two major tales from Greek mythology. On both occasions the Sirens were encountered by noted Greek heroes, with first Jason, and the Odysseus passing the home of the Sirens.

One of the Argonauts though still heard the Sirens sing, and so before he could be stopped, Butes had thrown himself from the Argo in order to get closer to the Sirens. Before Butes could be drowned though, the goddess Aphrodite had rescued him and transported him to Sicily, where Butes became the goddess’ lover, and father to one of her sons, Eryx. 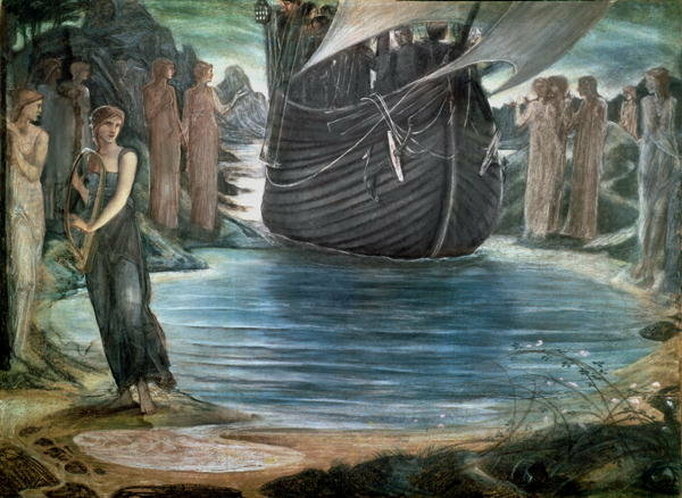 Odysseus and the Sirens

Odyssey then had himself tied to the mainmast of the ship so that he might hear the Song of the Sirens; Odysseus though told his men not to release him from his bindings until they were well clear of the danger. Thus the ship of Odysseus successfully bypassed the danger of the Sirens.

The Death of the Sirens?

The common version of the Siren myth has the Sirens committing suicide after Odysseus had successfully passed by; this was due to a prophecy that stated if anyone heard the Song of the Sirens and lived, then the Sirens would perish instead.

This though ignores the fact that Butes had already heard the Song of the Sirens and survived a generation before Odysseus encountered the Sirens. Thus a few writers have the Sirens living on after the encounter with Odysseus, and indeed in one tale they even have their revenge upon the Greek hero, for Telemachus, the son of Odysseus, was said to have been killed by the nymphs when they found out who his father was.
Contents