THE SEER LAOCOON IN GREEK MYTHOLOGY

Laocoon was a famous seer in Greek mythology, and one closely associated with the city of Troy. Indeed, Laocoon would die at Troy during the Trojan War, but the seer did not die on the battlefield, but was instead struck down by the gods.

Laocoon and the city of Troy

Laocoon was said to be the son of a man named Acoetes, and by an unnamed woman would become father to two sons, Antiphantes and Thymbraeus.

Laocoon would become the chief priest of Apollo (or Poseidon) within Troy, and it has to be assumed that it was Apollo who gave Laocoon the skills needed to see into the future.

Troy was actually blessed with a number of skilful seers with Helenus, Cassandra and Laocoon all highly regarded. Helenus though would leave Troy when he saw the disaster that laid ahead, and Cassandra was cursed so that her truthful prophecies were never believed.

Laocoon was also highly skilled but the Trojan seer was famous for the manner of his death; a death linked to the downfall of Troy.

Laocoon and the Wooden Horse

Laocoon observing the foolishness of his fellow Trojans left the temple of Apollo and rushed down to the shoreline to dissuade them from bring the horse into Troy.

Laocoon proclaimed “I fear the Greeks, even when bringing gifts” (hence the phrase beware Greeks bearing gifts), and throwing a spear against the side of the horse, told his countrymen that they must burn the Wooden Horse. 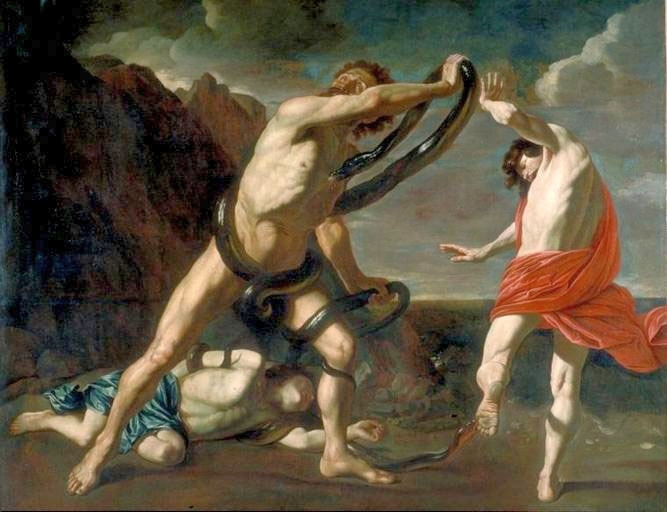 Laocoön and his sons being strangled by serpents - Pieter Claesz Soutman (c1601-1657) = PD-art-100
​Laocoon went to help his sons, but the Trojan seer is normally said to have been killed by the serpents as well, although others say he survived but left a shell of his former elf by the loss of his sons and his sight.

Others say that it was Apollo or Poseidon who was responsible for the downfall of Laocoon. 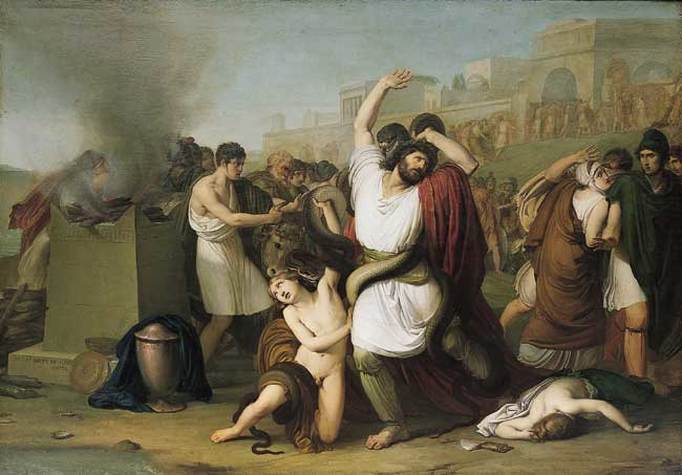