THE FERRYMAN CHARON IN GREEK MYTHOLOGY

Charon is an iconic figure of Greek mythology, for the minor god, or daemon, was the ferryman of the dead in the Underworld, and is often depicted on his skiff transporting the souls of the deceased. 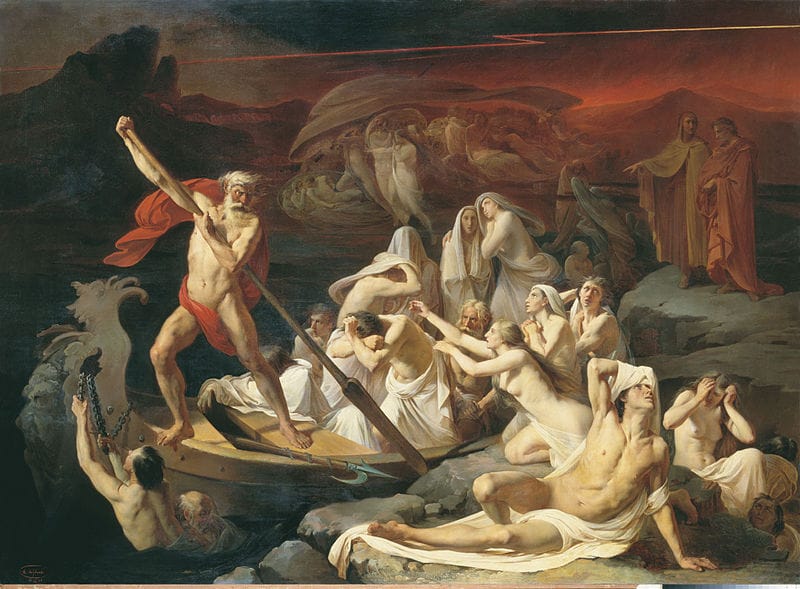 Traditionally, Charon was portrayed as an elderly man, found stood upon his boat, with a skiff pole, or double-headed hammer in hand. There was nothing frail about Charon though, for he was imbued with enormous strength, and with this strength and weapon in hand, who would ensure that no-one who had not paid could make it on to his skiff.

Charon and the Living

It is also generally assumed that Theseus and Pirithous paid Charon for the crossing of the Acheron when they sought to abduct Persephone from the Underworld.  Theseus though was a cunning figure, much like Odysseus, and so the Greek hero may have duped Charon into transporting the pair for no payment.

Certainly other figures managed to make Charon transport them without payment. Orpheus would charm Charon with his music as he sought Eurydice, although Charon would only allow Orpheus a single passage based on the melody played. The Trojan hero Aeneas, whilst in the company of the Cumaean Sibyl, and as he sought his father, produced the magical Golden Bough, to induce Charon to allow him and the Sibyl to pass across.

Heracles though did not seek to charm or pay Charon for his passage across the Acheron, and instead Heracles forced the ferryman to transport him. Heracles did this either by wrestling the strong Charon into submission, or else simply by intimidating the minor god by frowning at him.

Later writers, particularly in the Roman period would tell that Charon was punished every time he let the living into the Underworld, and in particular for allow Heracles into the realm of Hades, Charon was said to have been punished by a year in chains. Whether the deceased during this period simply waited upon the banks of the Acheron, or whether someone else operate the skiff of Charon, is not elaborated upon in those ancient sources.