THE PYTHON IN GREEK MYTHOLOGY

The Python was one of the monsters of Greek mythology, and although not as famous as some monsters, like the Sphinx or the Chimera, the Python was a monster who played an important role in the story of the god Apollo.

The Python Child of Gaia

The Python was a giant serpent-dragon born to Gaia, the Greek goddess of the Earth; and most sources tell of the birth of the Python from the mud left behind when one of prehistory’s great floods receded.

The home of the Python would become a cave upon Mount Parnassus, for nearby was sited the navel of the earth, the centre of the known world, and here was to be found an important prophetic stone. This place was of course called Delphi, the most important oracular site in the ancient world, and because of its link to Delphi, the Python was sometimes named Delphyne.

In the simplest stories about the Python, Apollo would come to Delphi seeking to take control of the oracular site. In its role as protector the Python would oppose the coming of the new god, but ultimately, the giant serpent was struck down by the arrows of Apollo, and so the Olympian god took charge of the prophetic elements of Ancient Greece. 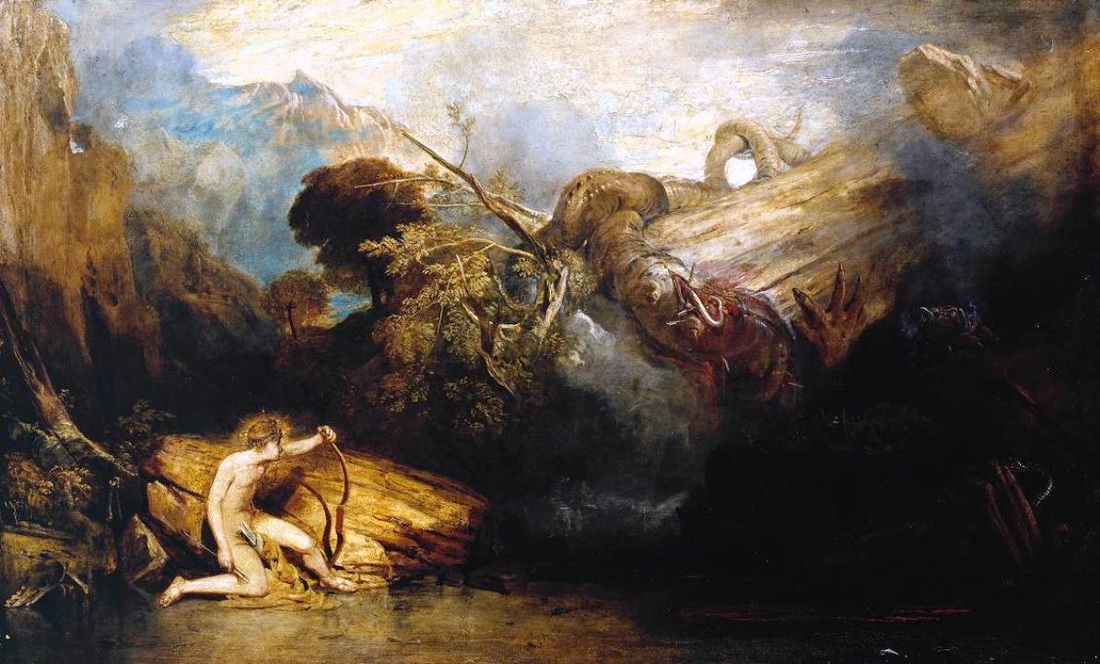 The Python the Tormentor

There is though a much more prosaic story in Greek mythology about the Python, and it has to do with the love life of Zeus. Zeus was having an affair with the daughter of Phoebe, Leto, and Leto had become pregnant by the god. Hera, the wife of Zeus, had found out about the affair, and had forbidden any place on land from harbouring Leto and allowing her to give birth.

Some sources state how Hera also employed the Python to harass Leto so that she could not give birth. Other sources claim that the Python was not employed but acted on its own free will for it had seen its own future, a future where it would be killed by the son of Leto.

Leto though found sanctuary upon the island of Ortygia, and there successfully gave birth to a daughter, Artemis, and a son, Apollo.

The Death of the Python

The corpse of the Python was left outside of the main Delphic temple, and so the temple and oracle were sometimes referred to as the Pytho; and likewise the priestess of the Oracle at Delphi was known as Pythia.

With the killing of the Python, a symbolic ownership of the temples and oracles would pass from the old order to the new order of Apollo. 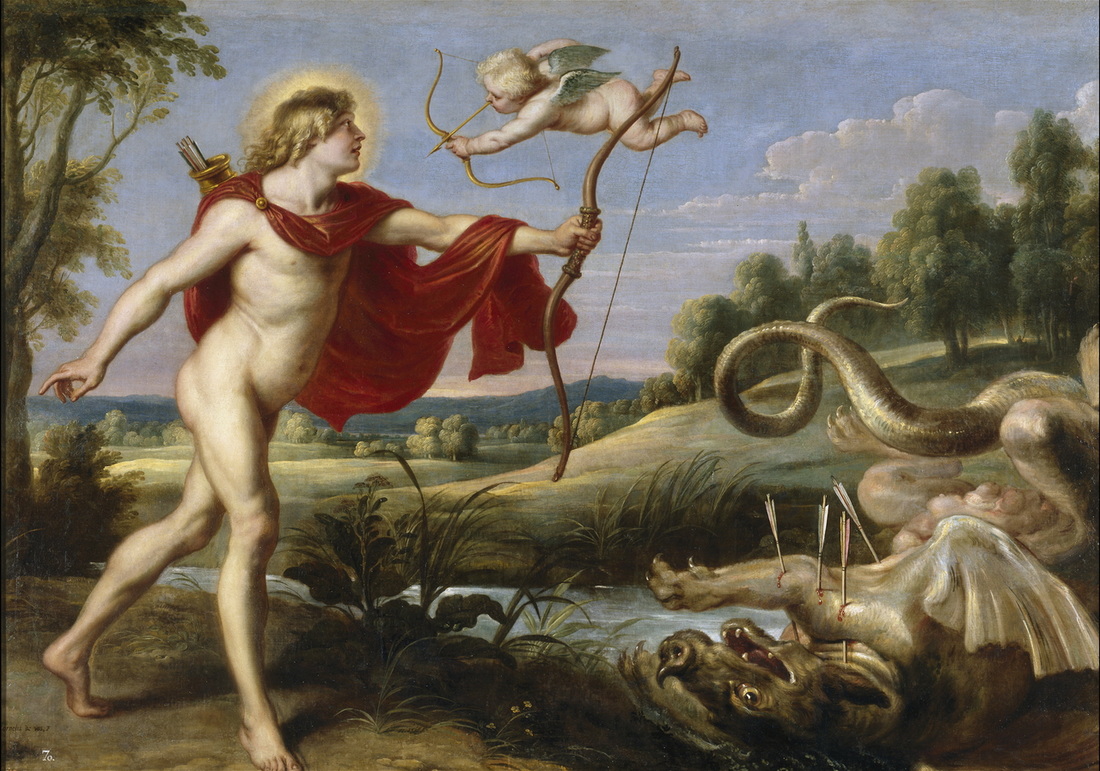 The Name of the Python Lives On