Penelope was the famous queen of Ithaca in Greek mythology, for Penelope was the wife of the Greek hero Odysseus. Penelope has also been highlighted as the most faithful of wives, as it was said that Penelope waited 20 years for her husband to return to her.

Penelope was the daughter of Icarius, a prince of Sparta and brother of Tyndareus. The mother of Penelope is normally said to have been the Naiad Periboea, and therefore Penelope had many siblings, although the most famous is probably a sister named Iphthime.

A story is sometime told about how Penelope got her name, for desiring a son, Icarius was said to have thrown his daughter into the sea to drown her when she was born. The baby girl was rescued by some ducks, and taking it as a sign from the gods, Icarius afterwards took care of his daughter and named her Penelope, after the Greek for duck.

For helping him, Tyndareus used his influence to ensure that Odysseus would marry his niece, Penelope.

Some say though, that Odysseus still had to do some work, to win the hand of Penelope, perhaps winning a running race to become her husband.

During these ten years Penelope also remained faithful to her husband, in stark contrast to Meda, wife of Idomeneus, and Clytemnestra, wife of Agamemnon, who both took lovers in the absence of their husbands.

The war ended, and news of the Achaean victory reached the homelands of the Greek heroes, and slowly, the Achaean leaders returned home. Odysseus did not return though, and there was no news of Penelope’s husband since his departure from Troy.

The Suitors of Penelope

The absence of Odysseus soon emboldened the nobles of Ithaca, and many soon made their way to the palace of the king, to try and become Penelope’s new husband. 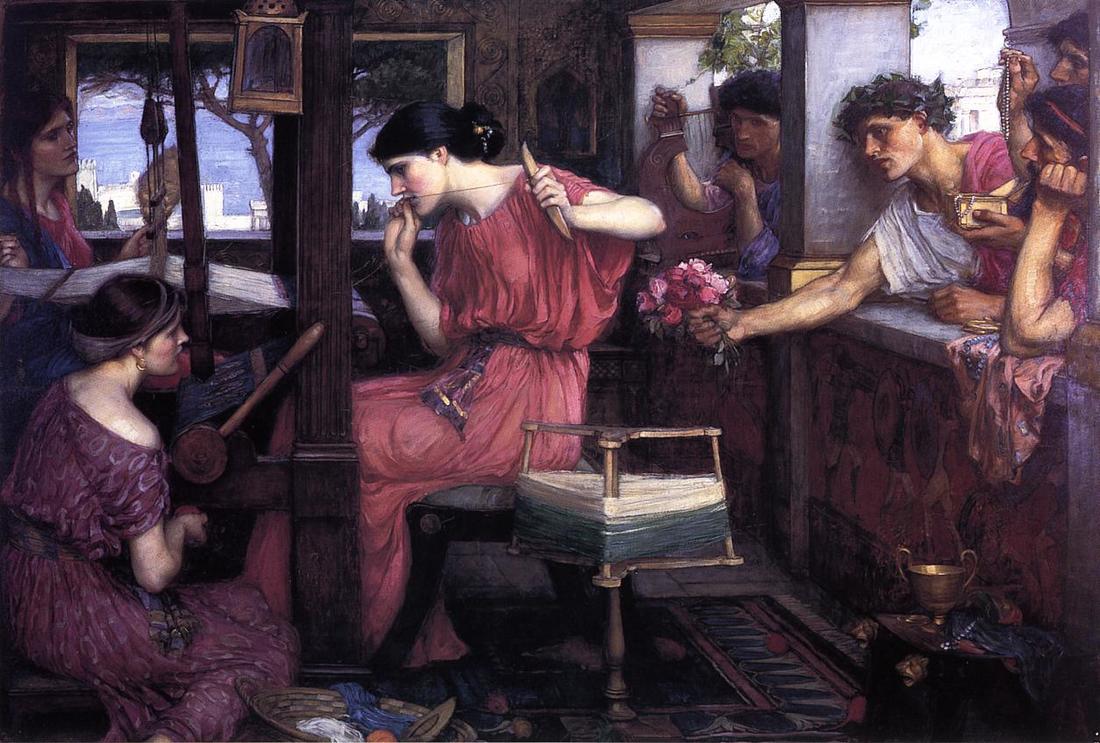 Penelope and the Suitors - John William Waterhouse (1849-1917) - PD-art-100
Thus for three years the suitors of Penelope observed her weaving, but unbeknownst to them, each night Penelope would unravel her day’s work, so she was never closer to completing the shroud.

Eventually though, one of the palace’s servants betrayed her mistress to the suitors, and now the suitors pressed for a decision to be made. As the suitors waited for Penelope to make her decision, they made free with the food, wine and servants of Odysseus. The Suitors of Penelope even plotted to kill Telemachus, the son of Penelope and Odysseus, perceiving him to be a threat to them and their plans.
It was a test of strength, but when presented with the bow, suitor after suitor failed to string it, but suddenly the bow was in the hands of the beggar, and with one easy movement the bow was strung, and shortly afterwards arrows were being unleashed by the disguised Odysseus. Thus, all of the Suitors of Penelope were slaughtered by Odysseus and Telemachus.

Odysseus then revealed himself to Penelope, although Penelope initially refused to believe that her husband had at last returned home, but she was finally convinced when details of their marital bed were revealed.

Then Penelope and her husband were happily reunited, and perhaps Penelope bore her husband two further sons, Ptoliporthes and Acusilaus, and if the prophecy of Tiresias, did come true then the pair died of old age. 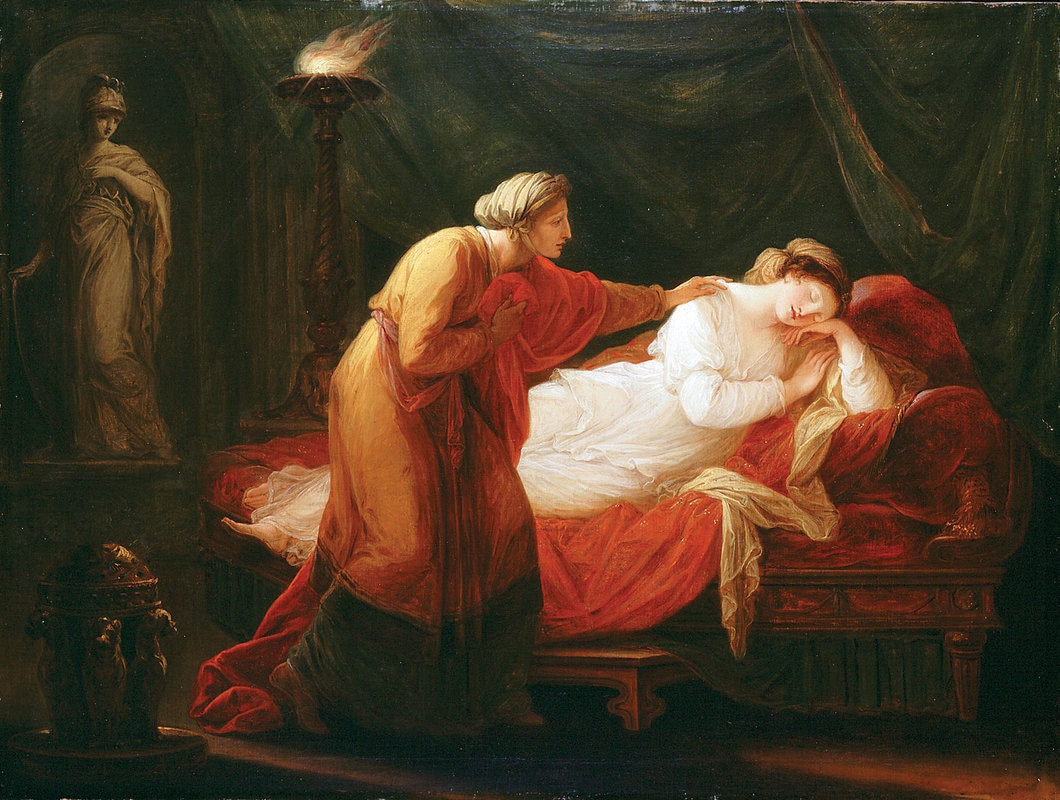 Penelope the not so Faithful Wife