THE TITAN SELENE IN GREEK MYTHOLOGY

The moon has long been associated with fantasy and mythology; and throughout history there has been stories told about it, with numerous individuals connected with it. Even relatively recently many people believed there was a “man in the moon”, and further back to Ancient Greece, there was a goddess associated with it, the Greek goddess Selene.

The Appearance of Selene 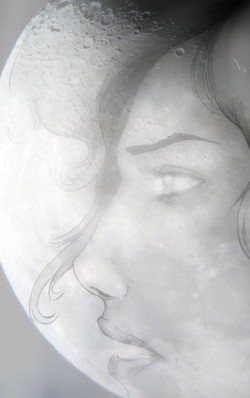 Selene Goddess of the Moon - Jmsegurag - CC-BY-3.0
In Greek mythology, Selene was traditionally depicted as a beautiful young woman, with perhaps paler than usual skin. Upon the head of Selene was normally found a crown that was representative of the spherical moon.

In antiquity, Selene would also often be depicted either riding upon a bull, or upon a silvery chariot drawn by two winged horses. This chariot was used by the Greek goddess of the moon, when each night she would traverse the sky, just as her brother Helios did during the day.

In Ancient Greece, the moon was relatively important, for the passage of time would be measured by it; the Ancient Greek months being made up of 3 ten day periods based on the phases of the moons. The moon was also thought to bring forth the dew needed to nourish plants and animals.

The Children of Selene