In Greek mythology, Crius was one of the first generation Titans, and thus one of the gods who preceded the rule of Zeus.

Crius is a Greek god who is little mentioned in surviving sources, with only a few details of the deity readily given.

Crius was one of the elder Titans, the twelve offspring of Ouranos (Sky) and Gaia (Earth), and thus brother to Cronus, Hyperion, Iapetus, Coeus, Oceanus, Rhea, Tethys, Theia, Themis, Mnemosyne and Phoebe.

Crius and the Castration of Ouranos

Crius comes to prominence during the downfall of his father Ouranos, who at one point was the supreme deity.  Gaia though plotted with her sons, and when Ouranos descended from the heavens to mate with Gaia, Crius, Coeus, Hyperion and Iapetus held their father down, whilst Cronus castrated him with an adamantine sickle.

Crius was said to have held Ouranos down at the southern corner of the earth, and thereafter, Crius would be associated with the Southern Pillar of the Cosmos. 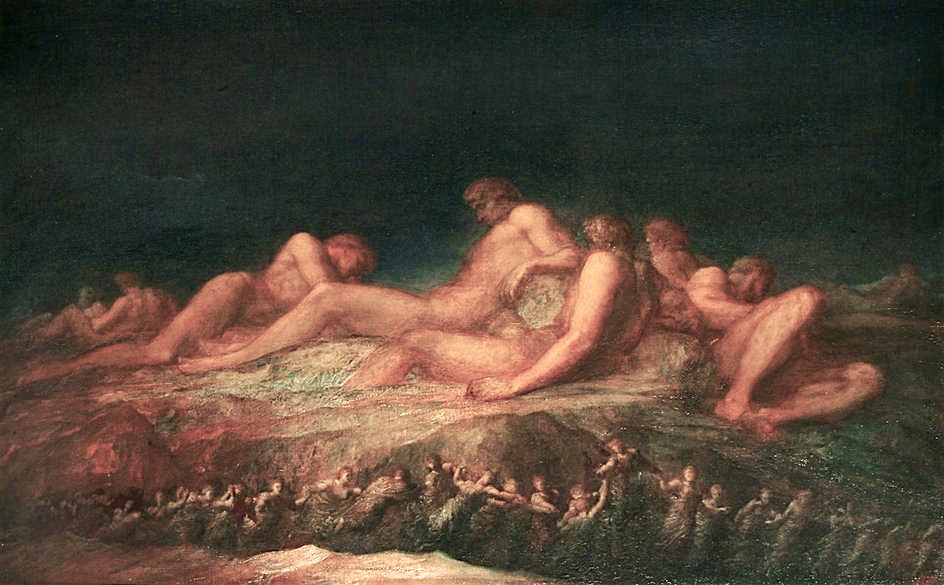 The elder Titans would often partner with one another, but the case of Crius is different for the Titan found himself a wife in the form of Eurybia, a daughter of Pontus (Sea) and Gaia.

With Eurybia, Crius would become father to three sons, Astraeus, Perses and Pallas.

Astraeus was the eldest son of Crius, and the Greek god of the stars and planets, and by him Crius would become grandfather to the Anemoi and the Astra Planeta.

Pausanias would also call the Python a son of Crius, and whilst most called the Python a monstrous snake beast born from the mud of Gaia, Pausanias would rationalise the Python as a violent bandit who ravaged Delphi until he was killed by Apollo.
Contents
Colin Quartermain - Crius - 1st July 2017