ECHO AND NARCISSUS IN GREEK MYTHOLOGY

The Story of Echo and Narcissus is one of the most enduring tales from Greek mythology, and the tale of self-love and unrequited love is one which has been told and adapted over many hundreds of years.

Echo was an Oreiad nymph from Mount Cithaeron in Boeotia. The parents of the mountain nymph are never made clear, but she was educated in music by the Younger Muses.

Beautiful in her own right, Echo was chased by both Apollo and Pan, but would shun their advances, and although Zeus did not chase after Echo, he made use of the mountain nymph. For whilst Zeus would have his way with other nymphs, Echo would talk for hours with Hera, distracting the goddess from Zeus’ indiscretions.

Hera would eventually recognise the role Echo was playing in enabling her husband’s affairs, and so Hera cursed Echo so that she no longer had a voice of her own, and the nymph was only able to repeat the words of others.

The Story of Echo and Narcissus

Eventually though, Echo left her hiding place and came face to face with Narcissus. Narcissus was incapable of loving anyone but himself, and Echo was cruelly rejected.

Echo fled back into the mountain woodlands, and faded away leaving only the remnants of her voice behind. 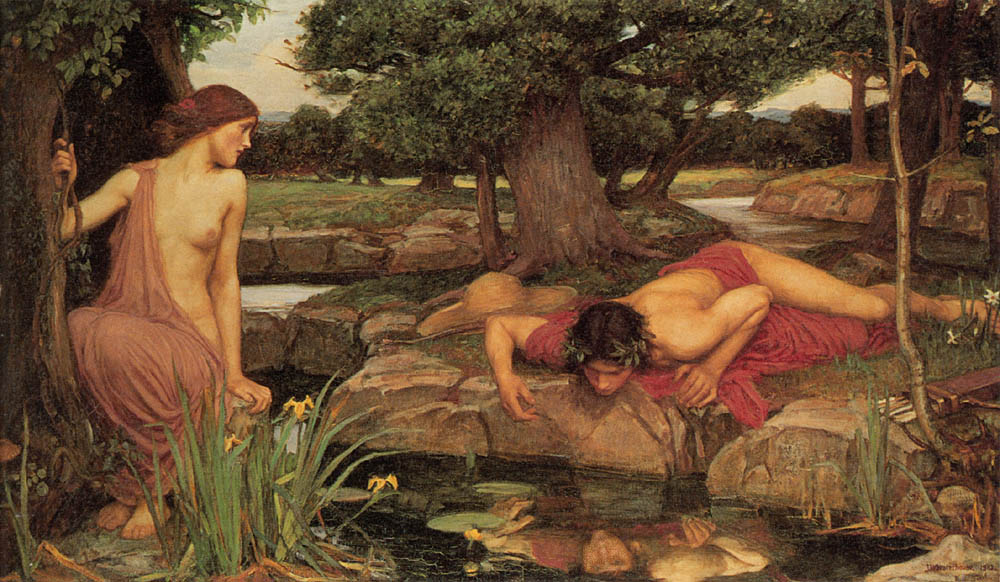 Echo was just one of a number of spurned lovers, for a tale is also told about the rejection of Ameinias, a fragile youth who had also fallen in love with Narcissus but was also spurned. Ameinias would take the rejection as badly as it could be taken, and the youth would commit suicide in the doorway of Narcissus’ home, killing himself with a sword that had been given to him by Narcissus.

Some say it was Ameinias who called upon the vengeance of the gods upon Narcissus, whilst others say it was one of the multitude of rejected nymphs who prayed to the gods. 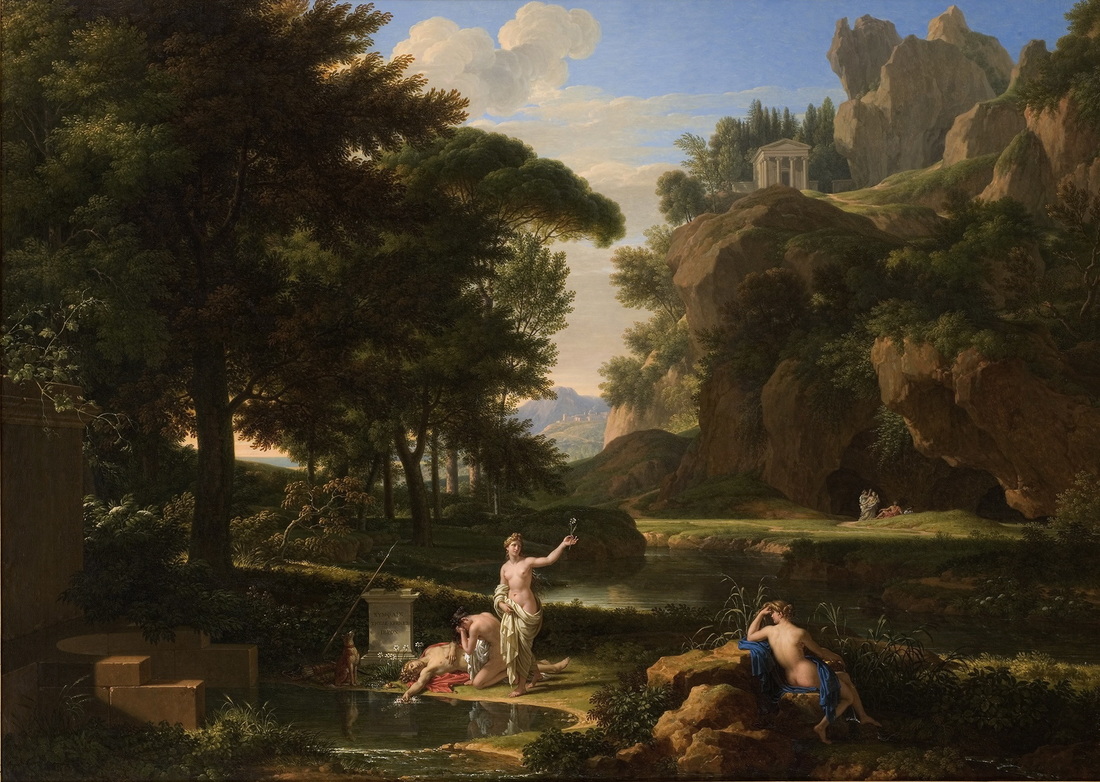