HOUSE OF ATREUS IN GREEK MYTHOLOGY

The House of Atreus was a family line from Greek mythology; with the stories of the individual family members being amongst the original Greek Tragedies.

The House of Atreus

​Greek tragedies emerged in the 6th century BC, and were written for, and performed at, many of the ancient games. These plays would tell of the calamities that befell an individual, either because of his own actions, or because of events outside of his control.

Hundreds of Greek tragedies were written in antiquity, but only a few from the likes of Euripides, Sophocles and Aeschylus survive into modernity; and one of the trilogies written by Aeschylus, the Oresteia, deals with a small part of the House of Atreus.
The House of Atreus is named for the father of Agamemnon and Menelaus, famous figures from the stories of the Trojan War, but the family line is normally traced back to Tantalus, and then on through a further four generations, until the time of Orestes, a son of Agamemnon.

​Despite its name, the House of Atreus is said to begin with Tantalus, a favoured son of the god Zeus and the nymph Pluto. Tantalus would be given Sipylus to rule over, and would father three children, Niobe, Broteas and Pelops.

Tantalus did not recognise his own good fortune and the king decided to test the gods by serving up his own son Pelops as the main course at a banquet to which all the gods were invited. Demeter was the only deity to partake of the meal, for she was grieving over the loss of her daughter Persephone, but all the other gods and goddesses recognised the meal for what it was.

Pelops would be brought back to life, but Tantalus would face eternal punishment in the Tartarus, where the former king would be “tantalised” by food and drink which was always just out of reach. The stain of Tantalus’ crime though was said to have left a curse on the descendants of the king. 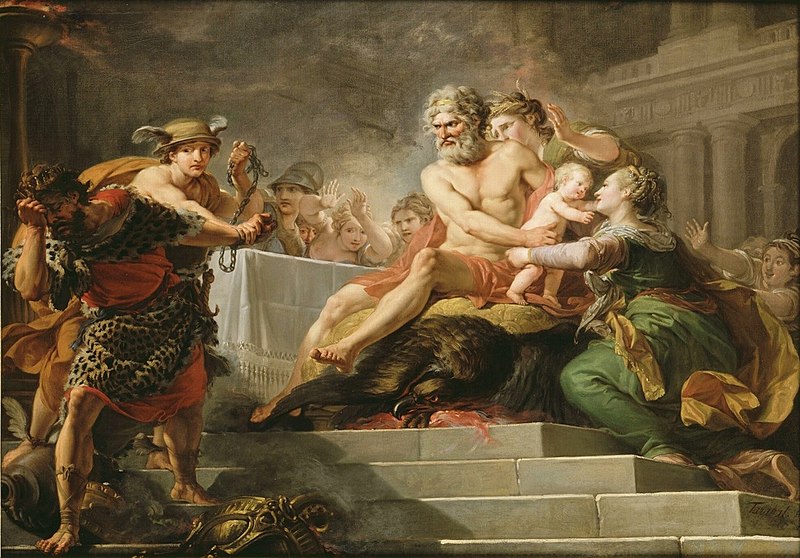 Some say Broteas had a son named Tantalus, after his grandfather, but this child was killed by Agamemnon, whilst of course the children of Niobe, the Niobids, were killed by Apollo and Artemis.

Pelops would father many children, including four daughters; Astydamia, mother of Amphitryon by Alcaeus; Eurydice, mother of Alcmene by Electryon; Nicippe, mother of Eurystheus by Sthenelus; and Lysidice, wife of Mestor.

There were also many sons for Pelops including; Alcathous, a hero who slayed the Cithaeronian Lion; Copreus, a son exiled from Elis because of a murder and became herald of King Eurystheus; Hippalcimus, an Argonaut; Pittheus, a future king of Troezen; and Chrysippus, a son murdered by Atreus and Thyestes.

In exile, Thyestes would then plot his revenge upon Atreus, with ultimately Atreus dying at the hands of his own nephew.

Aside from having his wife, Helen, abducted by Paris, Menelaus’ life was relatively free from issue, especially compared with that of his brother Agamemnon.

Agamemnon would lead the Achaean forces against Troy when Helen was abducted, but for favourable winds for the fleet, Agamemnon would sacrifice his daughter, Iphigenia. In his absence, Agamemnon’s wife, Clytemnestra, would take a lover, Aegisthus, the man who had killed Atreus, and when Agamemnon returned home from Troy, the Mycenaean king was killed by his wife and her lover. 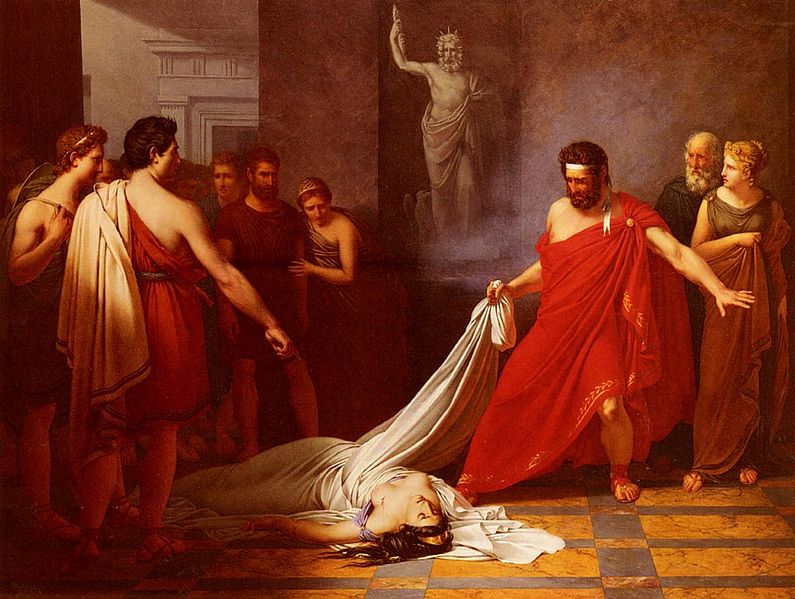 Chrysothemis – Chrysothemis is but a minor figure within the fifth generation of the House of Atreus, for though sister to Orestes and Electra she did not blame their mother for the murder of Agamemnon.

Orestes – Orestes was the son of Agamemnon who ultimately brought an end to the curse upon the House of Atreus. For though he was also cursed when he killed his mother, Clytemnestra, and pursued by the Furies, Orestes, with the assistance of Apollo and Artemis, would face a trial, where he was absolved of all blame.

The House of Atreus 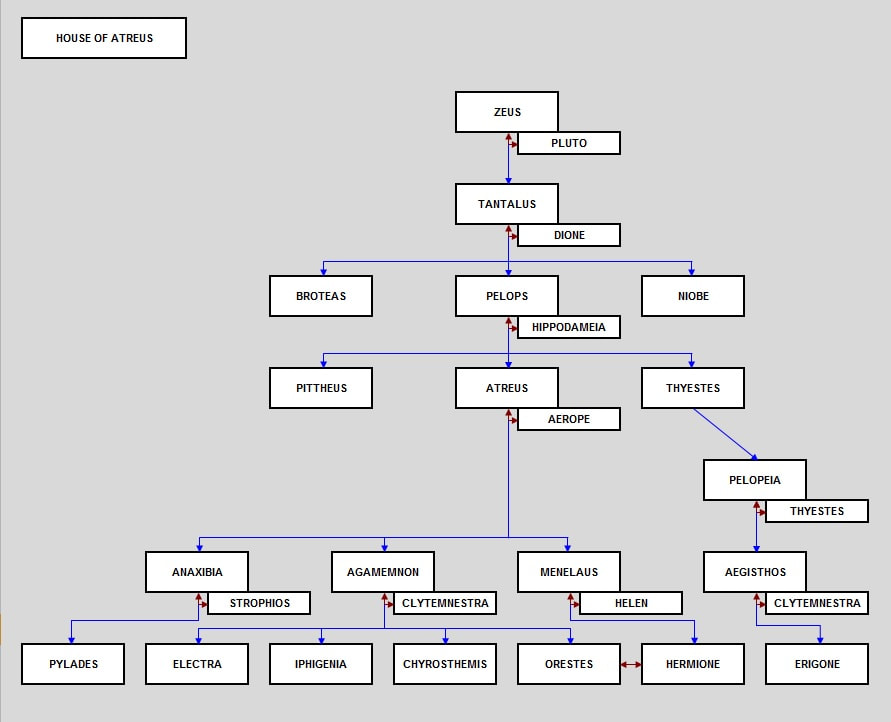