THE GODDESS NIKE IN GREEK MYTHOLOGY

Nike in the Titanomachy

Arguably the most famous tale of Nike in Greek mythology comes early in the story of Zeus; a time when Zeus was seeking to usurp the power of his father Cronus and the other Titans.

Zeus sent word out to all the deities calling for allies, with promises of honour and power for those who joined him, but those who opposed him would lose their positions and power.

Styx was the first goddess to side with Zeus, and the Oceanid brought with her, her four children, who Nike, Zelus, Bia and Cratus, who also willingly joined the forces of Mount Olympus.

During the subsequent war, the Titanomachy, Nike would act as the charioteer of Zeus, guiding controlling his horses and chariot through the battlefields. Of course, the goddess of Victory proved to be on the winning side, and Zeus took the mantle of supreme deity from his father.

The assistance given by Nike and her siblings would see them honour by a permanent residence on Mount Olympus near to Zeus, where the four acted as guardians of the very throne of Zeus.

The Goddess Nike in Antiquity and Today

Today, the imagery of the goddess Nike, and her name live on. Obviously there is the sportswear brand named for Nike, but also many statues of Nike (in her Roman guise of Victoria) are still visible, including those on top of the Brandenburg Gate and the Arc de Triomphe du Carrousel. 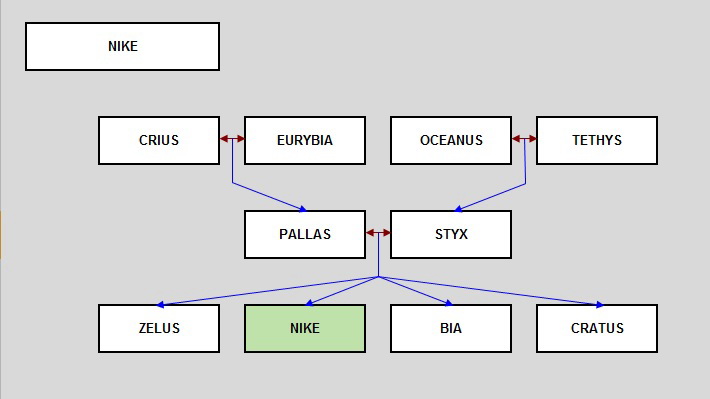