The story of Hylas is one of the most enduring of all Greek mythological tales, for the friendship of Hylas and Heracles and the disappearance of Hylas during the expedition of the Argonauts have been features of artistic works for hundreds of years.

Hylas was born into the royal court of the Dryopes (the people of the land that would be known as Doris), for Hylas was the son of King Theiodamas; and it was normally said that Hylas was born to Theiodamas’ wife Menodice, a daughter of Orion.

Hylas though would soon become fatherless for Theiodamas would die at the hands of the Greek hero Heracles. Commonly it was said that Heracles killed one of Theiodamas’ prized ploughing bulls when the hero was hungry, and Theiodamas died when he sought retribution against Heracles.

Some say though that Theiodamas died in battle when Heracles and his friend Ceyx led an army against the Dryopians.

It would not have been unusual for Heracles to have killed Hylas the son of Theiodamas when the king was killed, for it would prevent future acts of revenge, but instead Heracles decided to take with him, perhaps taken by the beauty of the youth.

Hylas, and Heracles, though were destined not to reach Colchis. 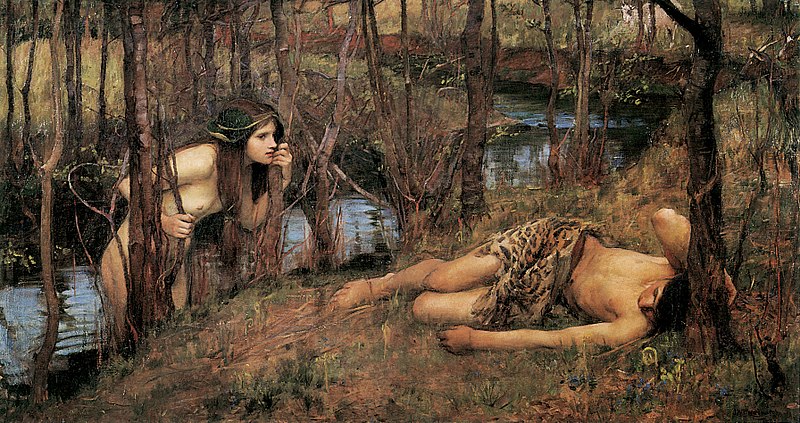 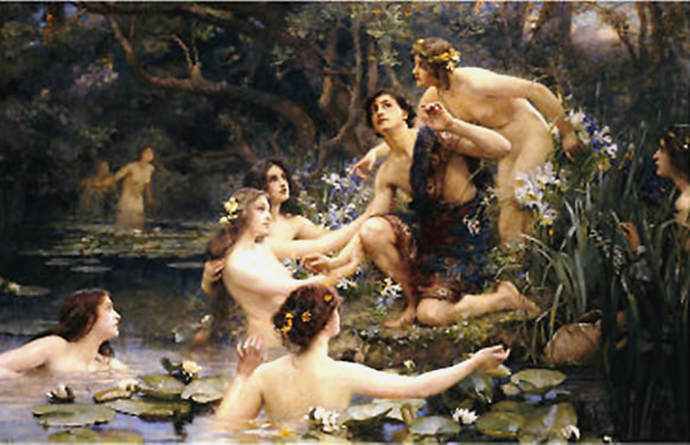 The Search for Hylas

Another Argonaut, Polyphemus, son of Elatus, heard Hylas cry out, and set out to find Hylas, fearing that perhaps the young man had been attacked by bandits. Polyphemus would encounter Heracles returning from his hunting expedition and the pair fell in together to continue the search.

Search as they may though, Hylas could not be found, and some tell of how the Naiads transformed Hylas’ voice into an echo, so that when Heracles and Polyphemus called out for their comrade, Hylas could but repeat his own name.

Perhaps though Hylas did not wish to be found, for some say that having been made immortal and ageless, Hylas was more than content to spend eternity amongst the beautiful Naiads. 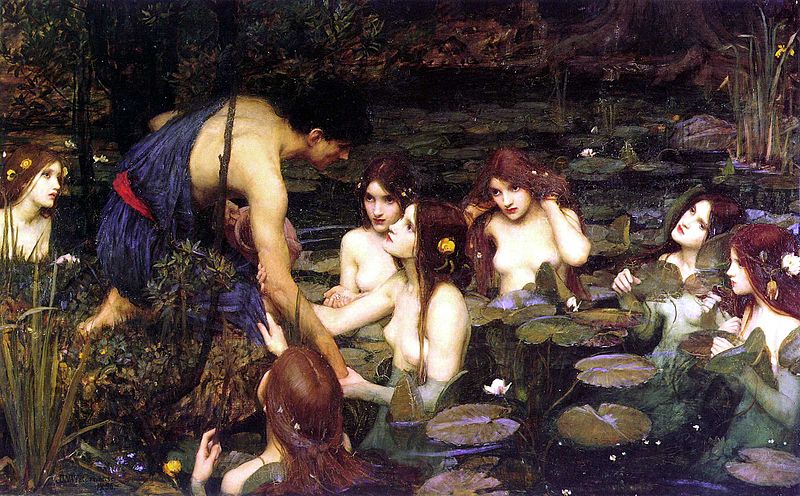