mount olympus in the titanomachy

The first Olympians were the children of Cronus and Rhea, for when Zeus led the uprising against their father, Mount Olympus would become the base of operations for Zeus and his allies. From Mount Olympus the allies of Zeus would face off against the Titans based on Mount Othrys.

Certainly Zeus, Hades and Poseidon were at this time to be found on Mount Olympus, although it is not clear whether Hera, Demeter and Hestia were there as well at this point.

It was though, after the Titanomachy that the term Olympian gods really came into its own. 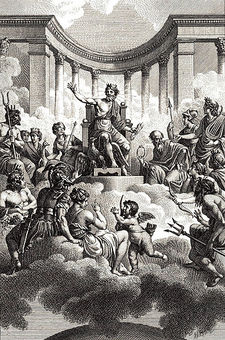 The Olympian gods - Nicolas-André Monsiau (1754-1837) - PD-life-100
After the Titanomachy Zeus, Hades and Poseidon would draw lots for the division of the cosmos. Hades would be given the Underworld, and there he would build his palace; Poseidon would be given the sea, and a palace was made beneath the Mediterranean; and Zeus was given heavens and earth, and so upon Mount Olympus Zeus would build. Zeus decided that there would be 12 ruling gods, just as there had been 12 Titans; and so the first five Olympian gods were quickly chosen.

Zeus -
Zeus was the youngest of the six siblings but was also the strongest. A natural leader after the Titanomachy he was given as his domain the land and the sky, and supreme ruler of Mount Olympus. He is considered the god of justice, although the stories told about him tell more often about his love affairs with goddesses and beautiful mortal women, the likes of Europa and Danae, rather than of any fighting or great deeds. Most of Greek mythology though can be traced back to an action of Zeus, as his love life produced scores of offspring, some of which were gods and some of which became the primary Greek heroes.
Demeter -
The last of the five original Olympians, Demeter was the goddess of agriculture and fertility and the seasons of the year. Famed for her humble nature, Demeter gave birth to Persephone after a brief relationship with Zeus. The lives of Demeter and her daughter are intertwined, and the story of Persephone’s abduction by Hades, leads to the evolution of the growing seasons. When Persephone is in Hades it is winter time, as Demeter mourns the loss of her daughter, but when Persephone returns to Demeter, Demeter rejoices and the growing season commences.

The only child of Cronus missing from the original list was Hades, who rarely left his domain, and so Zeus added to the original five Olympians with other family members. The choices were not always based on ability, but often based upon loyalty to Zeus. 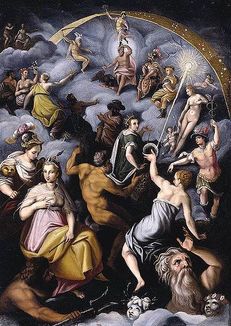 The Assembly of the Gods - Jacopo Zucchi (1541–1590) - PD-art-100
Hermes -
Son of Zeus and the nymph Maia, Hermes was considered to be the most loyal of all of Zeus’s offspring and so was given the role as messenger of the gods. At the same time though he was also the god of tricksters and thieves, trade and sport, as messenger he is often seen as being the Olympian god who interacted most with mortals.

Apollo -
Apollo was the offspring of Zeus and the Titan Leto. Apollo was one of the most revered of all of the gods and was worshipped as the god of truth, archery, prophecy, music, poetry, healing and light. Importantly though he was also the god most associated with youth and the sun, and was thus associated with life itself.

Aphrodite -
Aphrodite is different from all of the second generation of Olympians, in that she was not born of Zeus, but was born as a result of Cronus’s actions in cutting of the manhood of his father, Ouranos. Arguably the most beautiful of all goddesses, she too was known for her love affairs despite being married to Hephaestus. As a result Aphrodite was the goddess of love, beauty and sex. 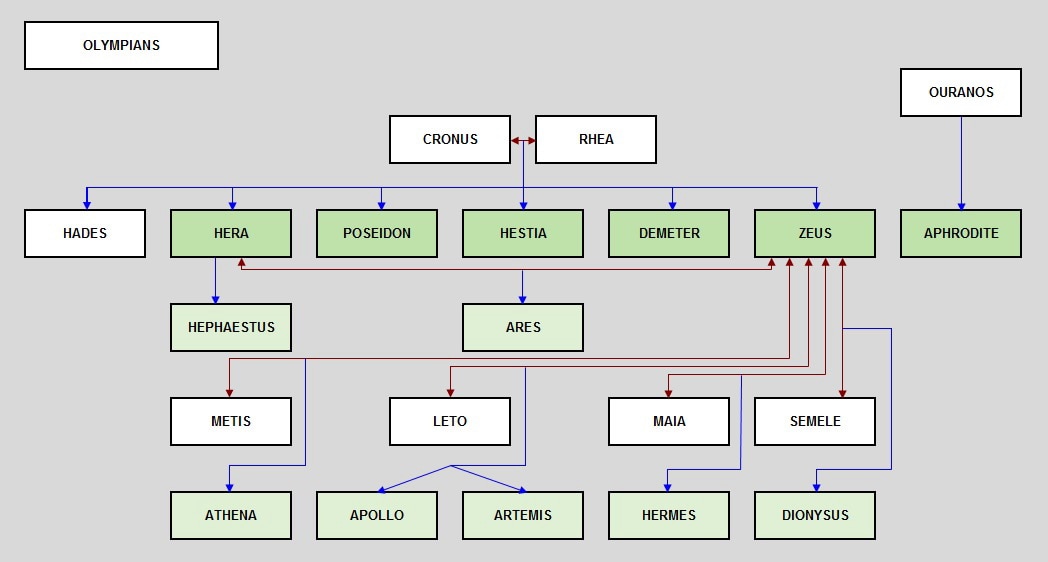 Family Tree of the Gods of Mount Olympus - Colin Quartermain 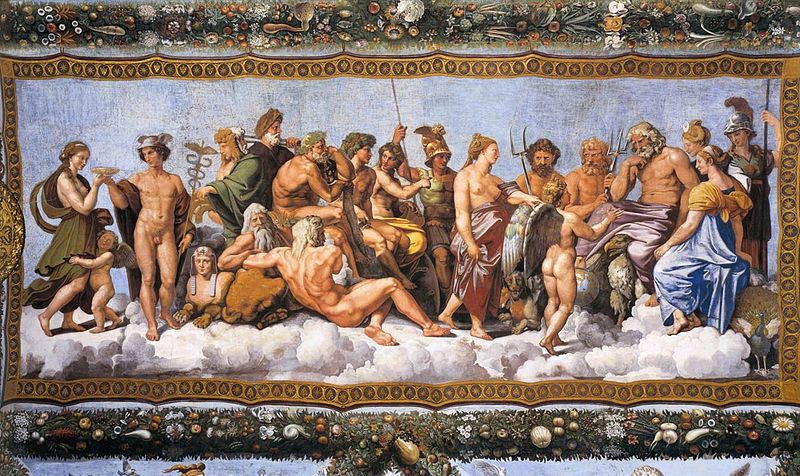 So 12 Olympians are named, but then confusingly even more gods were added to the list. Hestia would give up her place in the 12 to tend the hearth of Mount Olympus. At the time there was dispute amongst non-Olympian gods about their right to sit amongst the twelve. Hestia was replaced by Dionysus.

Dionysus -
Perhaps the most jovial of Greek gods, Dionysus was the god of parties and wine. Dionysus was given his seat in Mount Olympus when Hestia decided to leave. Dionysus is often central to stories of drink and merriment.

Heracles -
The hero of many stories, Heracles was also known as the favourite son of Zeus. Famed for his labours, Heracles would also assist the Olympian gods when the Gigantes revolted, and for his services he was made immortal as he burnt on his funeral pyre. Made an Olympian god, there is no record of who conceded their seat to make room for Heracles. 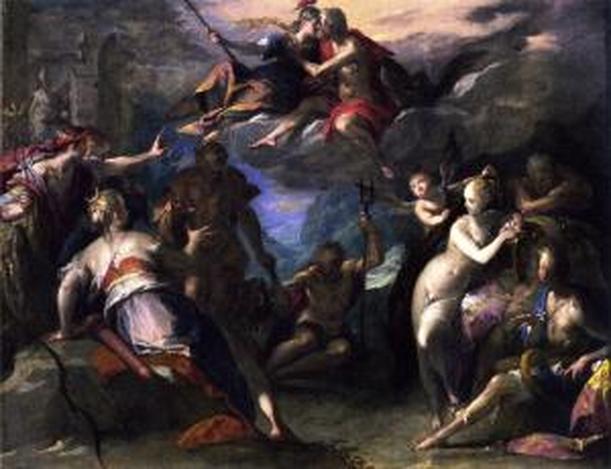