THE NAIAD IO IN GREEK MYTHOLOGY

The story of Io is one of the oldest surviving tales of Greek mythology, for it predates the famous works of Homer, for the Greek writer would often make reference to it.

In essence the story of Io deals once again with the love life of Zeus, for Io was one of the lovers of the supreme god, but the story of Io in Greek mythology is also a founding myth, dealing with events in Egypt and Greece.

Io was a naiad, a freshwater nymph of Greek mythology; and Io was normally named as a daughter of the Potamoi Inachus, and Argia, an Oceanid.

Inachus was a powerful water god, named by some as the first king of Argos, and so, Io was also given the title of princess of Argos by these same people.

When Zeus became aware of the approach of his wife, he acted quickly, and to avoid Hera catching him with Io, Zeus transformed the Naiad into a heifer.

The transformation of Io might have stopped Hera being immediately angry, but the goddess herself was not fooled by Zeus’ metamorphosis of his lover. So, Hera asked Zeus to give her the beautiful heifer as a present. Zeus had no valid reason for refusing his wife’s request, and Io, as a heifer, now came into the possession of her lover’s wife.

To prevent Zeus from returning to Io and transforming the Naiad back into female form, Hera would employ Argus Panoptes. Argus Panoptes was the hundred eyed giant of Greek mythology, and it was said that this giant was always watchful, for only two eyes ever slept at one time.

Thus, when Zeus returned to Mount Olympus, Io was left tethered to a tree in Hera’s sacred olive grove in Argos. 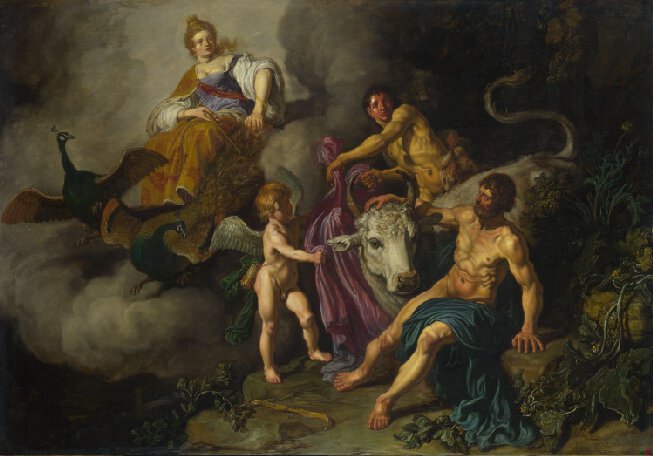 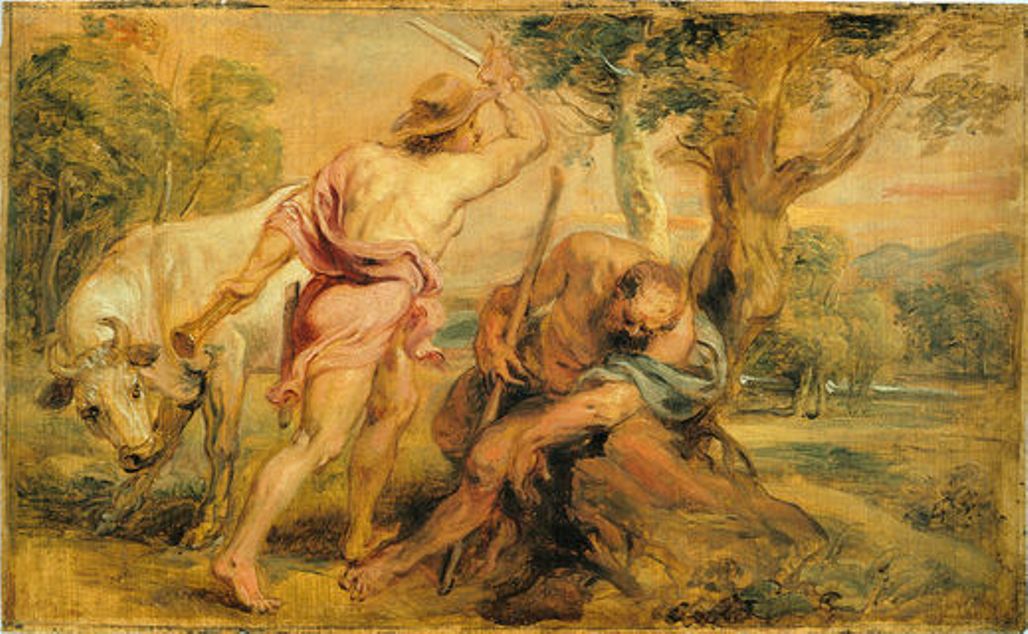 The Wanderings of Io

The punishment of Io would be simple, for Hera sent forth a gadfly to sting the hide of the heifer, causing Io continual pain. Thus Io would start to wander the ancient world, pursued by the gadfly.

Io would depart from Argos making for Epirus and then Dodona, before taking time to rest at the coastline of a sea, before swimming across it; that sea was said to have been named the Ionian Sea after the Naiad. Io would also give her name to the Bosporus, for that name means “ox passage”, for again Io swan across the Straits.

The most significant part of the wanderings of Io though, occurred in the Caucasus Mountains, for it was here that Io obtained hope. Io would come across Prometheus in the Caucasus’s, for at the time the Titan was chained to a mountain in punishment. Prometheus would aide Io, for the Titan had the gift of foresight, and so advised the Naiad about the route she should take to find salvation.

At the same time Prometheus also comforted Io by proclaiming that her descendants would be numerous and include the greatest of Greeks.

Following the words of Prometheus, Io now knew that she must travel to Egypt, and with renewed hope, Io began her travels once again.

Io in Egypt - Io and Iris

Other Children of Io

In Egypt, Io would marry Telegonus, an Egyptian king, and subsequently Epaphus succeeded his stepfather, and built a new city in the form of Memphis; and for generations, the kings of Egypt were the descendants of Io. Epaphus, and thus Io, was also said to be the ancestor of all Ethiopians and all Libyans.

Io was considered to be the same goddess as Isis in Egypt, and thus Io also had a god as partner, this partner being Osiris. By Osiris, Io would become mother to Harpocrates (Horus the Child); Harpocrates was the Greek god of Silence and Secrets.

The prophecy of Prometheus would also come true, for in later generations the descendants of Io would return to Greece, and Cadmus would found the city state of Thebes and Danaus founded Argos. Thus Io, alongside Atlas and Deucalion, was considered one of the three main ancestors of the Greek peoples.
Contents