THE GIGANTES IN GREEK MYTHOLOGY

The Gigantes - The Race of Giants in Greek Mythology

Gigantic beings are a common staple of Greek mythology, and although often dangerous opponents for heroes and gods to overcome, like Typhon, some, like the Hecatonchires, could also be allies of the same heroes and gods.

In Greek mythology there was though a group of giants that were definitely the enemies of the gods, this group was the Gigantes, who rose up against the rule of Zeus in the Gigantomachy.

The Gigantes children of Gaia

The Gigantes were the offspring of Gaia, the Greek goddess of the Earth, born to the goddess when the blood of the castrated Ouranos fell upon her, giving the Gigantes a manner of birth similar to the Erinyes (the Furies).
Other ancient sources also tell that not all the Gigantes were human in appearance, with some featuring lion’s heads, serpent tails for feet, and 1000 hands

The Gigantes on the Pallene

The place of their birth is variously given as Arcadia, Campania, Sicily and the Phlegra Plain. The latter is normally associated with the Pallene peninsula of ancient Thrace, and certainly it was here that the Gigantes were normally said to reside.

The Gigantes were said to be troublesome from birth, and some ancient sources tell of them aiding the Titans during the Titanomachy, although it was common in later mythology to confuse the Titans and Gigantes as the same group of mythological characters.

After the Titanomachy the Gigante Alyconeus was blamed for the theft of the sacred cattle of Helios, the Greek god of the Sun.

When war did erupt 100 Gigantes faced off against the 12 gods of Mount Olympus, who were only aided by the Moirai (the Fates) and Nike (Victory). 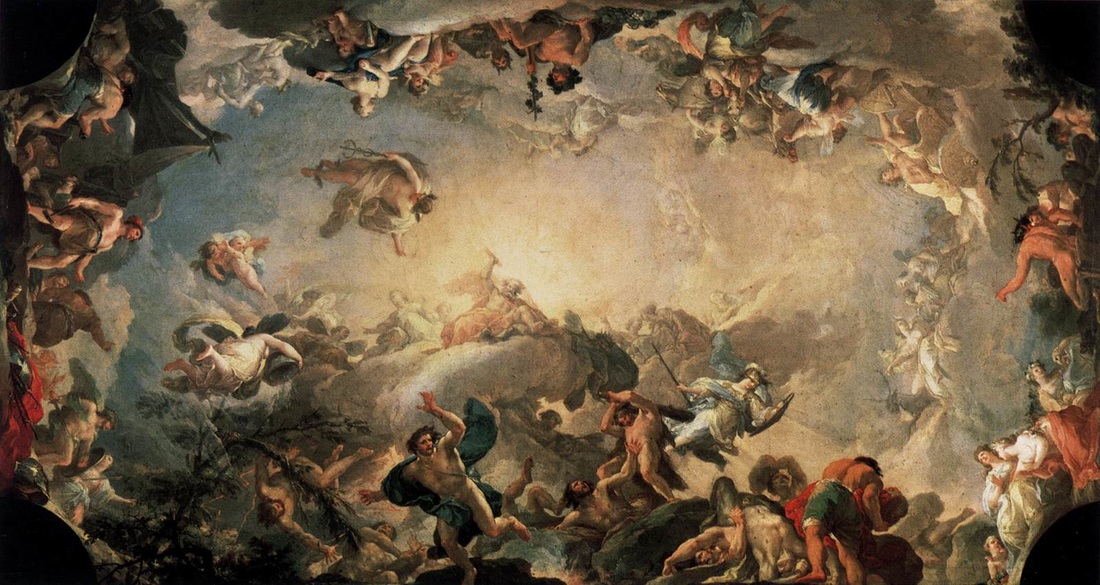 Battles with the Gigantes

The Gigantes and the Gods of Mount Olympus
Heracles of course did not do all the killing in the Gigantomachy, and the Olympian gods and goddesses also fought the Gigantes.

Poseidon would crush Polybotes by placing the volcanic island of Nisyros upon him, and a similar fate awaited Enceladus when the goddess Athena placed Sicily upon the Gigantes. The Gigante Pallas was also killed by Athena, and Mylinus was killed by Zeus.

The goddess Artemis was said to have struck down Gration with her arrows, Hermes killed Hippolytus with his sword, Ares killed Mimon, Hera killed Phoetius and Hephaestus poured molten metal from his forge to kill Mimas.

Ephialtes was killed by Apollo and Heracles when each shot an arrow into one of its eyes. Hecate would use burning torches to set Clytius alight, whilst Helios would kill Molios.

The Greek god Dionysus was also a prominent figure in the Gigantomachy for many of the Gigantes would attack him, and Dionysus was said to have killed Typhoeus and Eurytus.

The Gigantes and the Moirai
The Moirai, the Fates, would also play their part in the war against the Gigantes, and through the use of bronze clubs, the Gigantes Agrius and Thoon were killed. 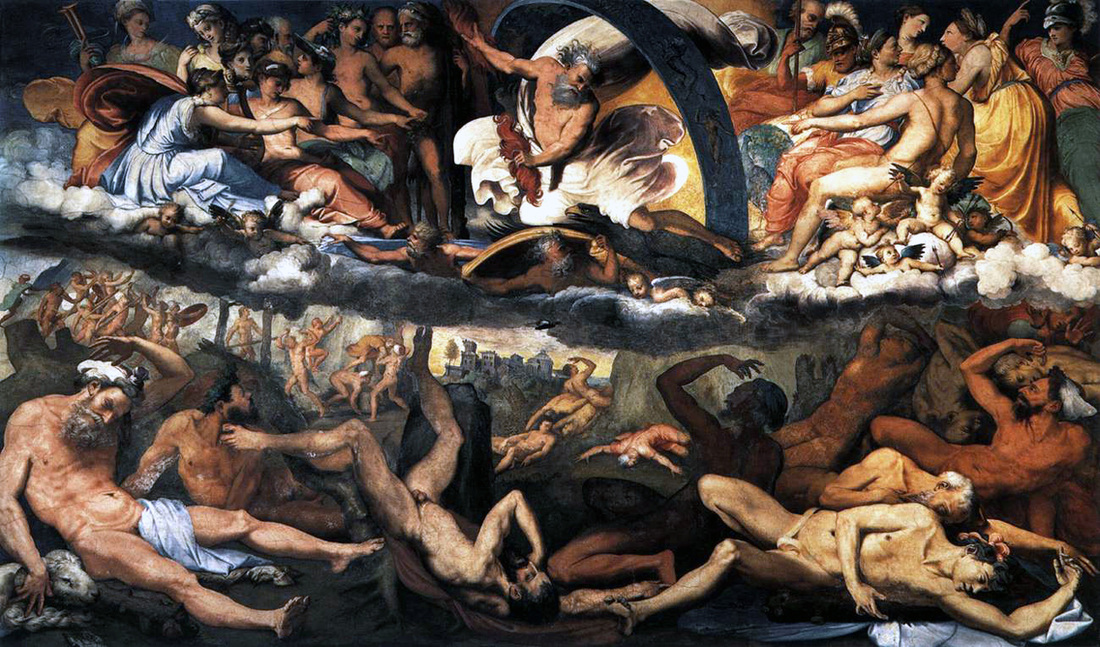 The Intrigue of Hera

It was another illegitimate son of Zeus, and enemy of Hera, who gained most from the Gigantomachy, for Heracles gained great honour from his role in the war, but even more importantly, Heracles was also promised immortality, and upon his death he would become one of the gods of Mount Olympus, as well as its physical protector.

Other Giants in Greek Mythology

There were plenty of other Giants who appeared in Greek mythology, and sometimes additional giants are named as Gigantes, although their parents are never Ouranos and Gaia.

Before Hermes could torture Agrius and Orius, Ares, who was an ancestor of Polyphonte, intervened, and so Hermes and Ares transformed the two giants and Polyphonte into birds. Polyphonte became a small owl, Agrius was transformed into a vulture, and Orius into an Eagle Owl.

Ephialtes and Otus were the gigantic sons of Poseidon and Iphimedia who sought to storm Mount Olympus in order to make Artemis and Hera their wives. The twins would pile mountains on top of each other in order to reach the heavens, but ultimately the pair would kill each other through the intrigue and transformation of Artemis.