​Omphale was named as the daughter of King Iardanus by an unnamed woman.

Omphale was said to be married to Tmolus, the mountain god who had judged the musical contest between Apollo and Midas.

Some also call Tmolus the king of Lydia, and Omphale would thus succeed Tmolus upon his death, possibly gored by a bull, but as a god Tmolus could not die in this way, so others says that Tmolus presented the kingdom of Lydia to Omphale upon the death of her father Iardanus. 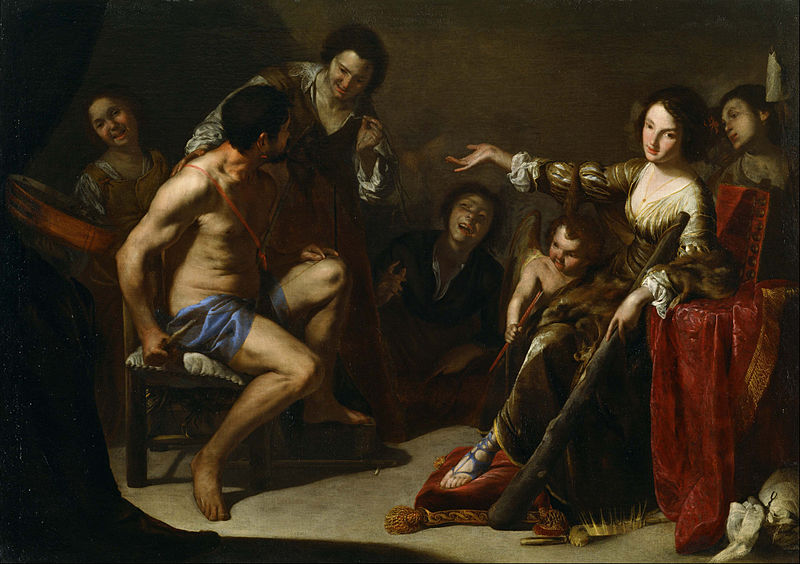 Mistress and slave though would become lovers, and Omphale would become the second wife of Heracles; the first being Megara.

In the post wedding celebrations Heracles was almost raped by the god Pan, for the god mistook Heracles for Omphale.

Omphale would become mother to at least two sons of Heracles, Agelaus (who possibly also known as Lamos or Tylon) and Tyrsenus.

Agelaus was named as ancestor of the famous Lydian king, Croesus.

Tyrsenus was credited with the invention of the trumpet, but his son of Omphale did not stay in Lydia, but instead travelled to Italy where the region was named Tyrrhenia after him.

A third son of Omphale by Heracles is occasionally named as Alcaeus, but some say that his was not the son of Omphale but the son of an unnamed Lydian slave woman. This would possibly mean that Alcaeus was also known Cleodaeus. It was often said that the Heraclid line of Lydian kings going through 22 generations came from this part of the Heracles family tree, although the kings of Lydia can also be traced back through Agelaus.

Heracles would eventually leave Lydia and Omphale, and return to Greece, where later on he would wed for a third time, to Deianira. 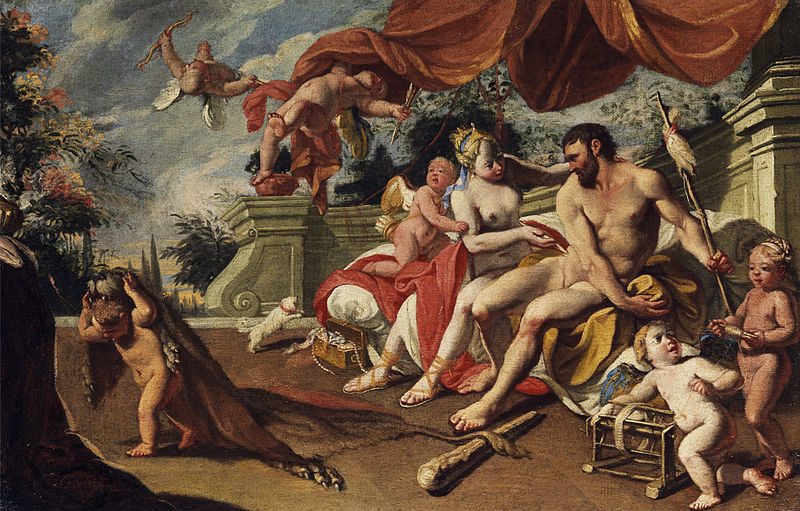