THE JUDGEMENT OF PARIS IN GREEK MYTHOLOGY

Today, beauty contests often lead to arguments amongst competitors and spectators, but in Greek mythology there was one beauty contest that would lead to war, death and destruction, and that beauty contest was the Judgement of Paris, one of the starting points for the ultimate destruction of Troy.

The wedding of Peleus and Thetis was a joyous event and all of the gods and goddesses of the Greek pantheon were invited to the celebration, that was all the deities were invited bar Eris, the Goddess of Discord.
​
When Eris discovered that the festivities were going on, the goddess decided to make an appearance anyway, and the goddess even brought a wedding gift, a Golden Apple. This though was not a happy gift, for it was aimed to bring forth arguments, for upon it was written the words “for the fairest”. When Eris appeared at the celebrations, the goddess threw the apple amongst the assembled gods and goddesses. 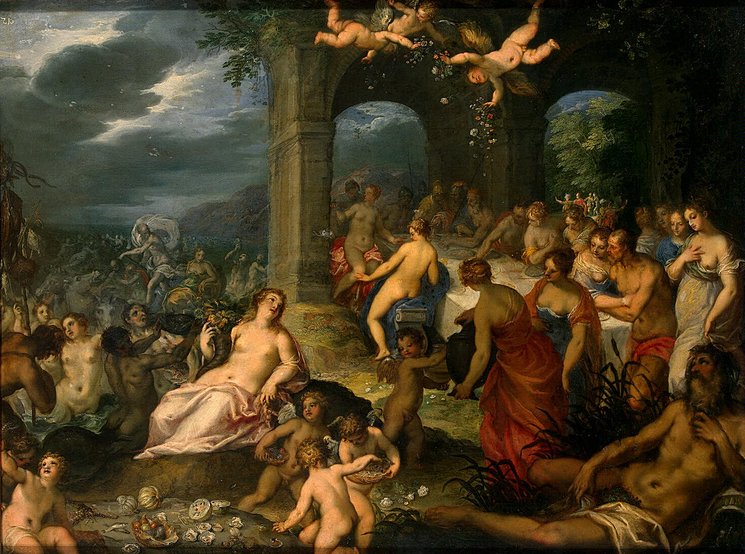 Goddesses Compete for the Golden Apple

None of these Greek goddesses were going to give up their claim to the Apple, for to back down would mean that they would be seen as inferior in terms of beauty to their rivals. Thus the goddesses decided to go to Zeus for him to make the final decision.
​
Zeus might be the supreme god of the Greek pantheon, but this was one decision he not going to make, for he realised that making a decision would pit goddess against goddess, and would mean two powerful goddesses were angry with him. Therefore Zeus proclaimed that the decision would be left in the hands of Paris. 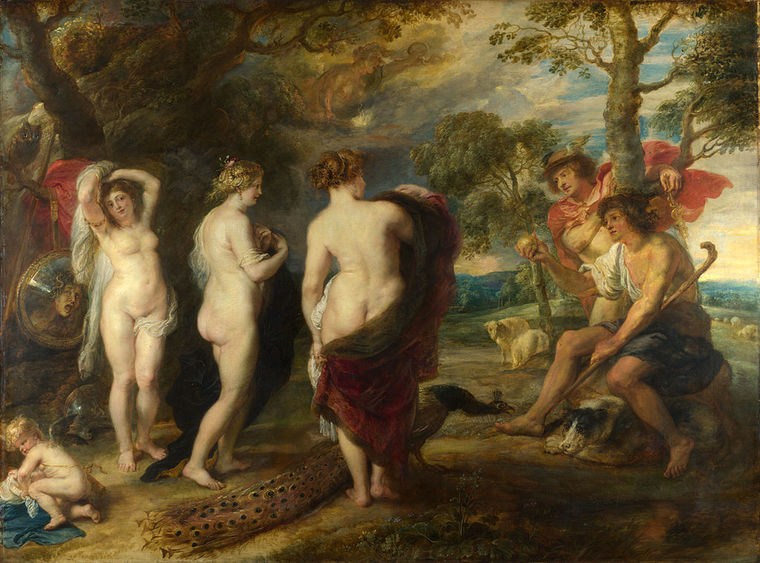 Thus Hermes brought the goddesses and Paris together, so that the Trojan prince could make a final decision as to which was the fairest. None of the three assembled goddesses were willingly to let their beauty alone be the sole deciding factor in Paris’ decision, and so each of the goddesses decided to influence the decision by offering bribes to Paris.

Hera would promise Paris untold wealth and position in charge of all the realms of the ancient world. Athena would offer to Paris all known skill and knowledge, allowing to become the greatest warrior and most knowledgeable mortal. Aphrodite though offered Paris the hand in marriage of the most beautiful of all mortal women. 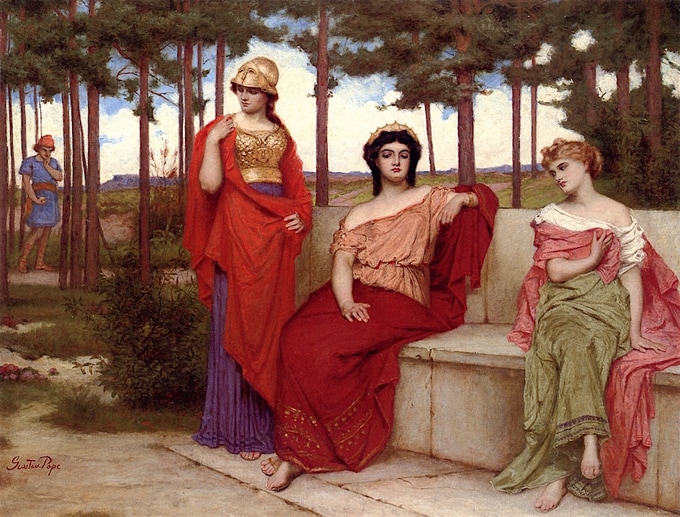 The Judgement of Paris

The Judgement of Paris would shortly follow and Paris decided that the goddess who rightfully owned the Golden Apple was Aphrodite; there is no doubt that the bribe offered by the goddess played a small part in the prince’s decision, despite his previous reputation of being unswayable.
Contents