THE TITAN LELANTOS IN GREEK MYTHOLOGY

Lelantos was a god of the ancient Greek pantheon of deities; although today he is a Greek god whose name is almost unknown

​Lelantos was regarded as the god of air, breezes and the unseen; although other more famous gods were also associated with these, Aether being air, the Anemoi being the winds, and the Aurai were Oceanid nymphs of breezes.

Lelantos was married to the Oceanid nymph Periboia, and the pair were thought to reside upon the Lelantine (or Lelantian) plain of Euboia. There, Lelantos would become father to Aura, the Greek goddess of the cool air of the early morn. 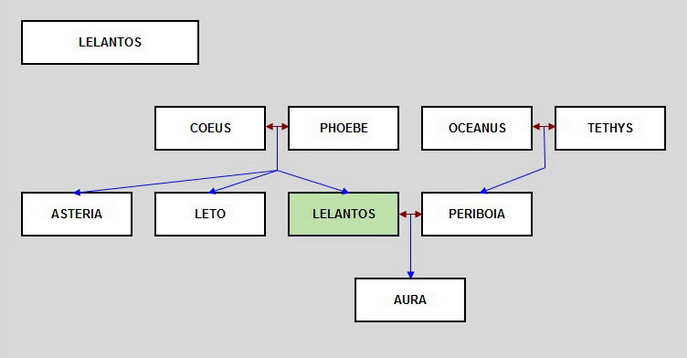