THE GODDESS IRIS IN GREEK MYTHOLOGY

Today, Hermes is widely recognised as being the Greek messenger god, but less well known is the fact that he was only one of the messenger gods of the Greek pantheon. The role of messenger was duplicated by Triton, a messenger of Poseidon, and Iris, a messenger nominally of Hera.

Iris Goddess of the Rainbow 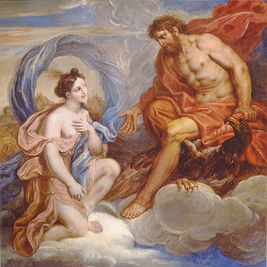 Iris and Zeus - Michel Corneille the Younger (1642–1708) - PD-art-100
The rainbow was of course a sign of the movement of the goddess, and an obvious link between heaven and earth, but Iris was also depicted with golden coloured wings that allowed her to all areas of the cosmos. As such, Iris could travel to the bottom of the oceans, and also the depths of Hades' realm, quicker than any other god.

Iris was also depicted with a pitcher of water, but this was no ordinary water, this was water taken from the River Styx. Swearing on the River Styx was a sacred promise for god and mortal, and any god who broke their oath, would drink of the water, and subsequently lose their voice for seven years. 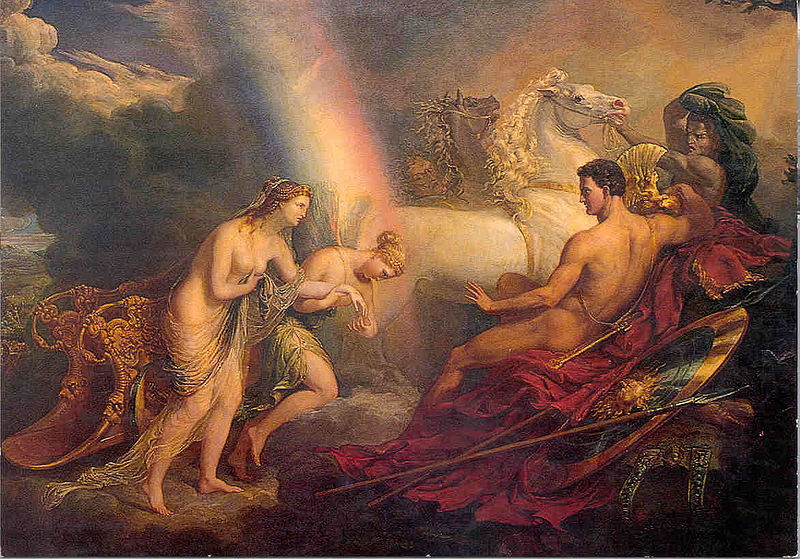