Deianira was a mortal princess in Greek mythology, and also a wife of the Greek hero Heracles. Famously, Deianira was also the cause of her husband’s death, doing something that gods, giants, monsters and men had all failed to achieve.

Heracles came to Calydon having been rebuffed in Oechelia, when the hero had believed he was to wed Iole, the daughter of King Eurytus.

Heracles forgot about Iole though when he saw the beautiful Deianira, and the hero sought to make the princess his third wife, after previously being married to Megara and Omphale.

Heracles though, was not the only one seeking the hand in marriage of Deianira, for the river god Achelous had also decided to marry the beautiful maiden.

To decide who would become the husband of Deianira, Achelous and Heracles would be forced to wrestle. Achelous was a strong and powerful river god, and additionally the Potamoi had the ability to change shape, but ultimately, Heracles won the wrestling bout, breaking off the horn of Achelous when the river god was in the form of a bull.

Thus Heracles had bested Achelous and won the hand of Deianira. 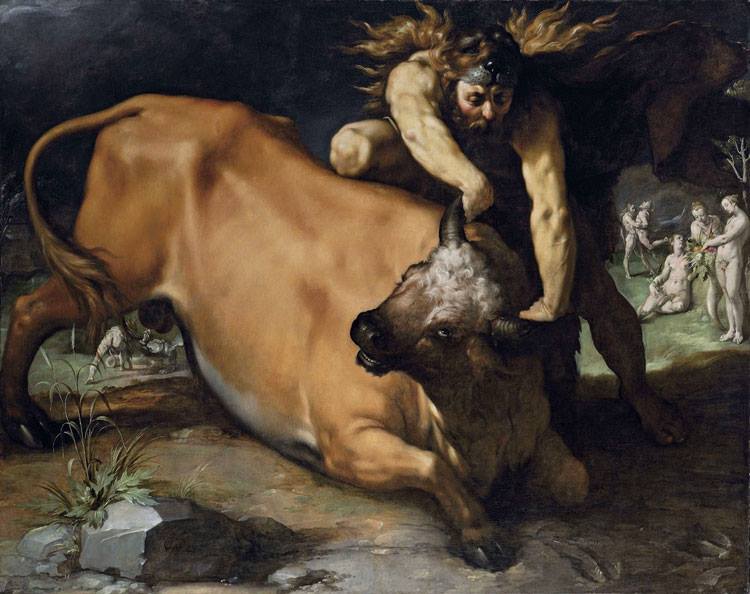 Deianira and the Centaur Eurytion

Alternatively, Deianira was a daughter of King Dexamenus of Olenus, who Heracles seduced and slept with when he visited Olenus. Heracles promised to return and wed Deianira in the near future, but in the absence of Heracles, the centaur Eurytion came and demanded that Dexamenus give him his daughter’s hand in marriage. The frightened king had to agree to the demand.

Heracles would return to Olenus on the day that Eurytion and Deianira were to wed, but before the wedding could proceed, Heracles strangled Eurytion and so Deianira married Heracles instead.
Nessus was dying, for poison was wracking his body, but even so the centaur was plotting his revenge upon the man who had killed him. Nessus spoke to Deianira and told her if she made a potion from his blood, and used it on the clothes of her husband, then it would reinvigorate the love of Heracles for his wife, should it ever wane. Deianira, believing the words of the centaur, took the blood of the centaur and bottled it.

Deianira and the Death of Heracles

Heracles put the tunic on, but as soon as it touched his skin, the poison of the Hydra started to rip at his flesh, for the blood of Nessus had been poisoned by the arrow of Heracles.

Recognising that he was dying, Heracles constructed his own funeral pyre, which was subsequently lit by Poeas or Philoctetes.

Having caused the death of her husband, Deianira was wracked by guilt, and so the wife of Heracles took her own life, either by falling upon a sword, or by hanging herself. 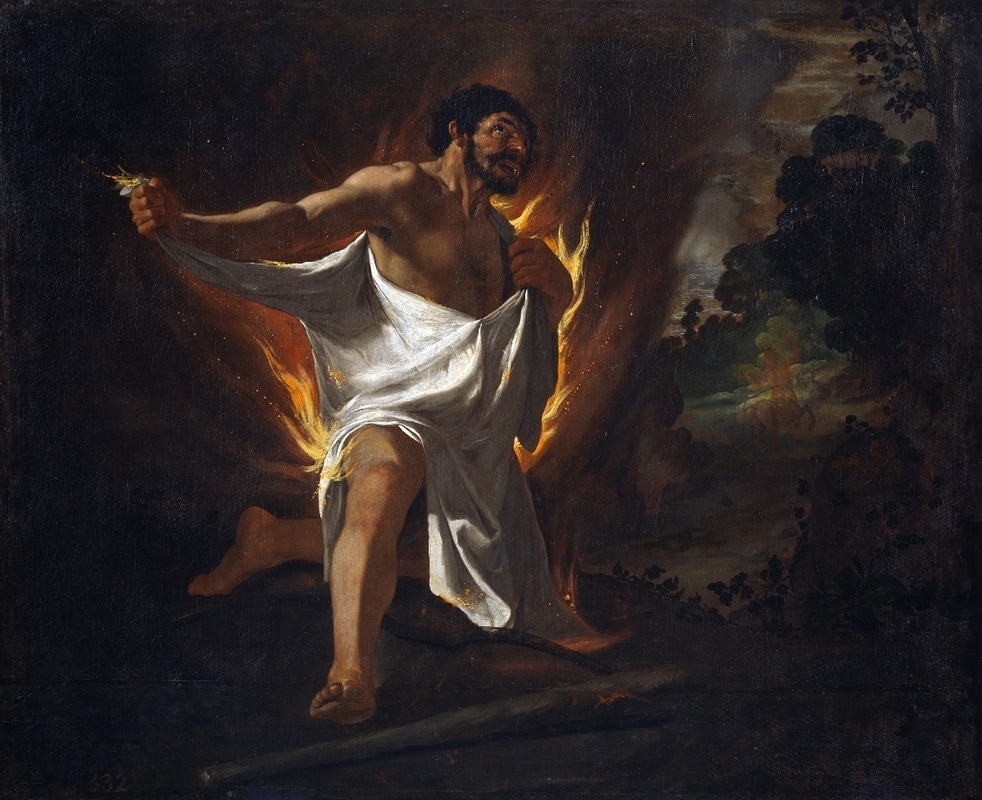 The Children of Deianira

Hyllus is one of the most famous of the Heraclides, for it was often told that he was the one to kill King Eurystheus when the king brought his army to Athens. Macaria is also famous for events at the battle of Athens, for the daughter of Deianira and Heracles voluntarily killed herself to ensure victory for the Heraclides, just as the oracle had foretold.
Contents