THE HERO POEAS IN GREEK MYTHOLOGY

Poeas was a hero found in the stories of Greek mythology. Poeas would be named in many ancient sources as one of the Argonauts, but his fame would be overshadowed by that of his son Philoctetes.

Commonly, Poeas was called King of Meliboea, but perhaps he also ruled over Olizon, Methone, and Thaumacia (the town of his father), for these were regions from which his son would gather his troops in preparation for the Trojan War.

The son of Poeas was the legendary bowman, Philoctetes, born to either Demonassa, or Methone.

Poeas and the Funeral Pyre of Heracles

Poeas also appears in the story of Heracles’ death. Having been poisoned by his own infused cloak, Heracles constructed himself a large funeral pure upon Mount Oeta. Heracles then laid down on top of the pyre, and asked all those who passed by to light it.

None was willing to do the deed though, until Poeas came to the pyre; Heracles’ pyre having been constructed in what might have been part of his kingdom.

Heracles was both an old comrade and friend of Poeas, and so King Poeas agreed to the wish of Heracles. Heracles would then present Poeas with his bow and arrows, before the pure took light, and the apotheosis of Heracles occurred.

Later on, Poeas would present the bow and arrows of Heracles to his son, Philoctetes.

Some however miss out the role of Poeas in the tale, stating instead that Philoctetes was the passer-by. 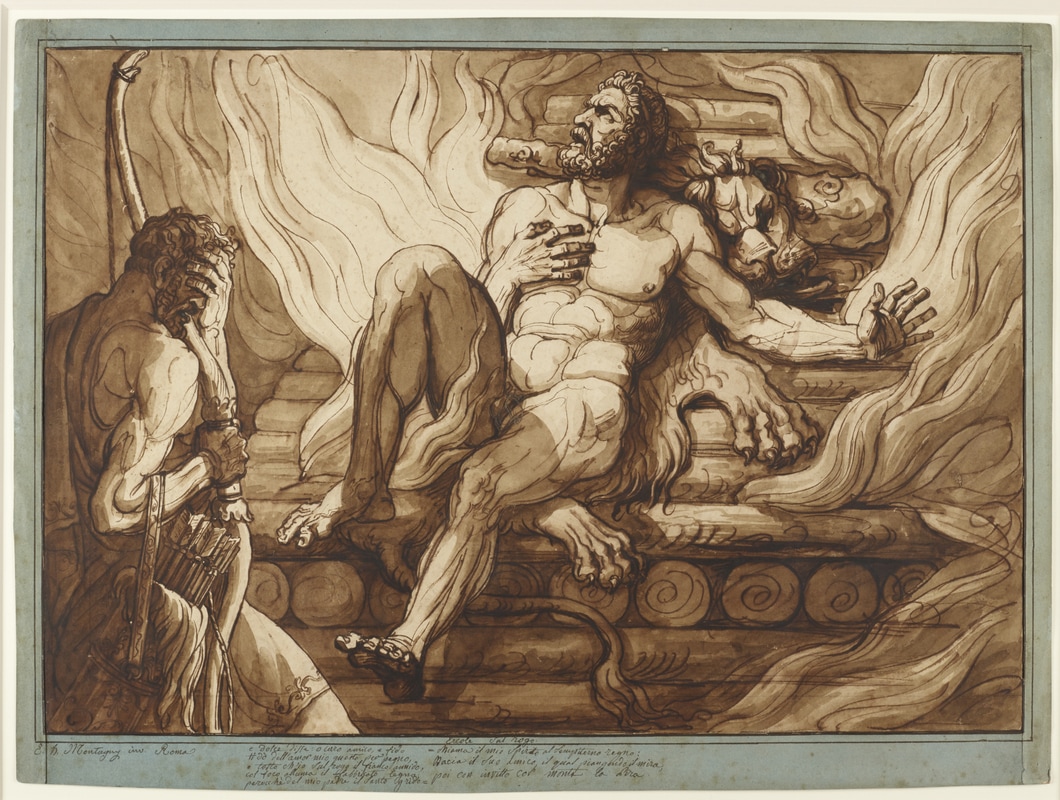