THE GODDESS THEMIS IN GREEK MYTHOLOGY

In Ancient Greece, the goddess Themis was the personification of law and order, and was widely recognised as the Greek goddess of Justice. As such, Themis would prove to be an important goddess in guiding how society worked, and even today the imagery of Themis, a female goddess with sword and scales of justice in hand live on today.

The goddess Themis was a female Titan, a goddess from the generation before Zeus. As a Titan Themis was considered to be one of the twelve children of Ournaos and Gaia, there being six sons and six daughters.

The male Titans would rise up their father, and Cronos would take up the position of supreme god of the cosmos in place of Ouranos. The female Titans would also benefit from the insurrection, for under the rule of Cronus each Titan was given a privileged position.

Themis would become to be known as the goddess of Divine Law and Order, and therefore Themis was the Greek goddess of Justice. In this role, Themis was considered to be the goddess who provided man with the rules by which they should lead their lives. Themis would therefore work hand in hand with the Greek goddess Nemesis, for whilst Themis issued the laws, Nemesis would ensure that they were being followed. 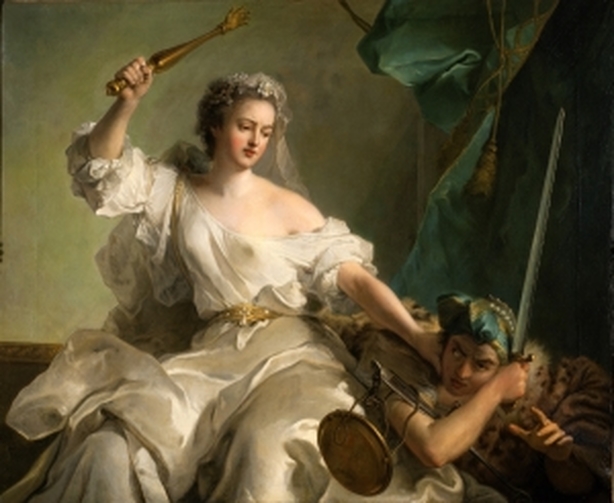 The Goddess Themis and the Oracles

For a time therefore Themis was revered as a goddess of prophecies, although eventually the ownership of the Oracles of Ancient Greece would pass to Apollo. Apollo would kill the Python at Delphi to symbolise this change of ownership, but even when Apollo was worshipped, Themis was still closely linked with the various Oracles.

Themis and the Titanomachy

In some versions of the tale of the Trojan War, it was Zeus and Themis who planned the whole war to bring an end to the Age of Heroes, a plan that started with Eris throwing the Golden Apple, to the Sacking of Troy. 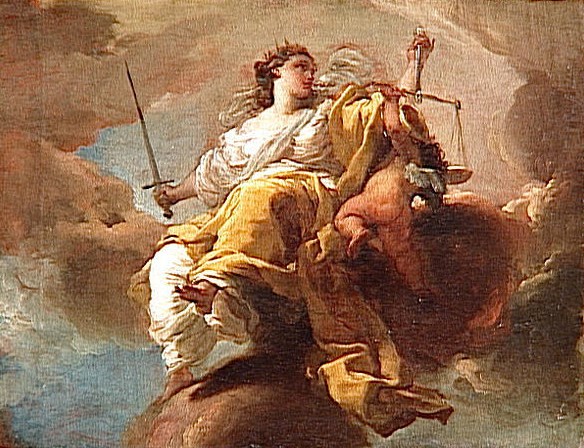 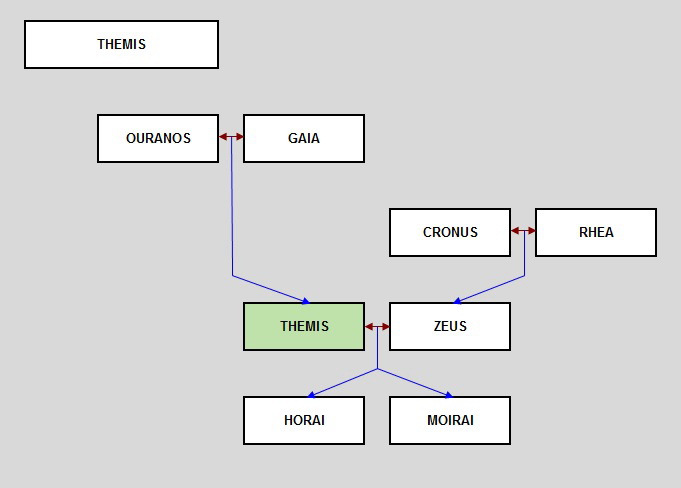