THE ODYSSEY FROM GREEK MYTHOLOGY

The Odyssey is one of the classic stories of ancient Greece; penned by the Greek epic poet Homer, the Odyssey tells of the struggles of the Greek hero Odysseus in returning home after the fall of Troy.

Written in the 8th Century BC, the Odyssey is often seen as a sequel to the Iliad, although there is gap in the timeline from the end of the Iliad, and the journey of Odysseus, a gap relating to the actual fall of Troy.

Plot Summary of the Odyssey

News of the Achaean victory had many years previously reached Ithaca, but the continued absence of Odysseus was a cause of concern, for the journey back from Troy should have been a matter of weeks not years.

The absence of Odysseus had seen a growing number of suitors seek to marry Penelope and take over the Ithacan throne. Penelope had done her best to dissuade and delay the suitors, but now over 100 men were awaiting a decision.

The Task of Telemachus

By tasking Telemachus with his quest though, Athena has saved the son of Odysseus, for Antinous, one of Penelope’s suitors had sought to assassinate him. 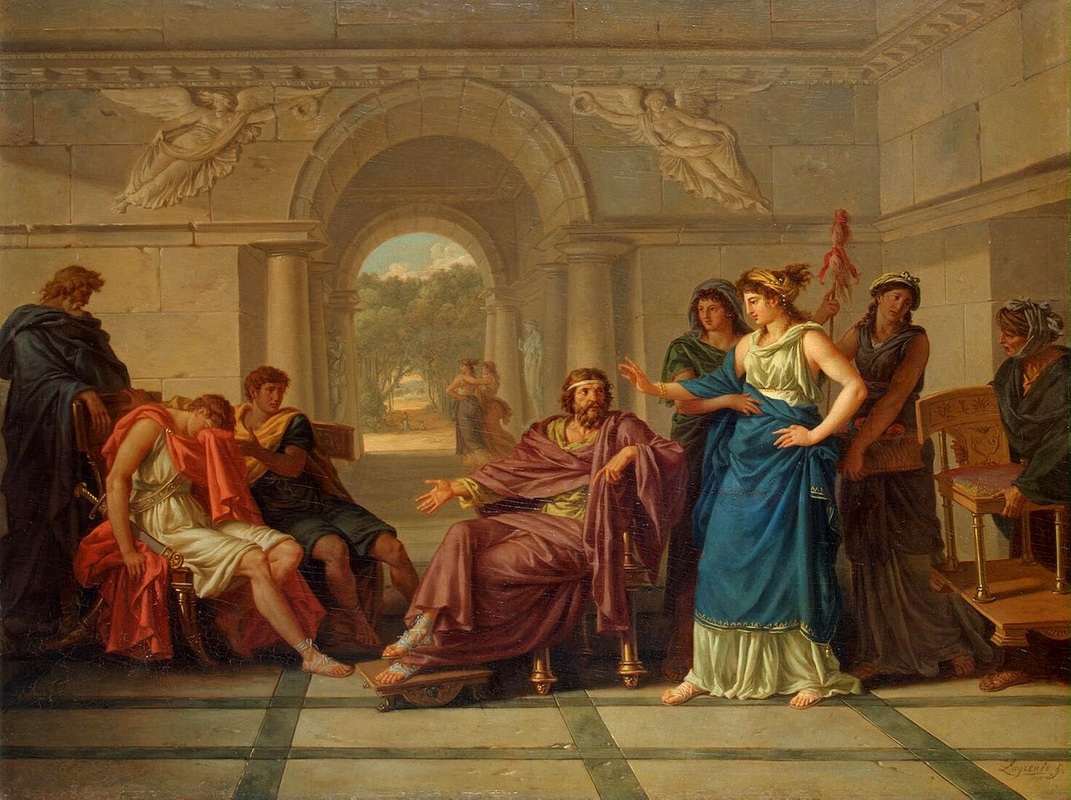 Nevertheless, Odysseus is free to return home, and so he sets sail upon a raft; unfortunately, not all of the gods were in favour of his release, and as he entered the domain of the sea god Poseidon, the god decided to wreck the raft in punishment for Odysseus’ treatment of Polyphemus, a son of the sea god.

The Trials and Tribulations of Odysseus

Odysseus travels on with his sailors to the home of Polyphemus, the one-eyed Cyclops, and son of Poseidon. In order to escape from the cave of the Cyclops, Odysseus blinds the giant, but this action sees the sea god curse Odysseus. Even so the route home should have been assured as a gift from Aeolus provided the Greek hero with a bag of the winds. This bag was opened by Odysseus’ crew, and the release of all the winds at the same time forced the ships away from Ithaca.
Once again, the actions of his crew upset the plans, as the cattle of Helios were hunted for food. Another god was angered, and all bar Odysseus were drowned when the Greek ship was wrecked, with only Odysseus saved as he found himself on the island of Calypso.

Finally Odysseus convinces Penelope of his own identity, mainly due to his knowledge of their matrimonial bed.

The Odyssey though is not quite finished. Odysseus has killed many of the most noble males in Ithaca, as well as having caused the deaths of all those who crewed his twelve ships. It would seem that the whole of Ithaca was set against their king, until the intervention of Zeus and Athena, brings forth a peaceful culmination to the epic poem.
​
The Odyssey is a tale of one man’s struggle to return home, but whilst you might think it is a tale of strength, it is more about the cunning and intelligence of Odysseus in overcoming what might be considered impossible odds.