In Greek mythology, Pandora was the first mortal woman, a woman crafted by the gods, possibly with the intention of bringing misery to mankind.

The Work of Prometheus and Epimetheus

Prometheus would ultimately be punished by Zeus, as he was chained to one of the Caucasus Mountains, and then tortured by a giant eagle. Zeus though, also decided to punish man. 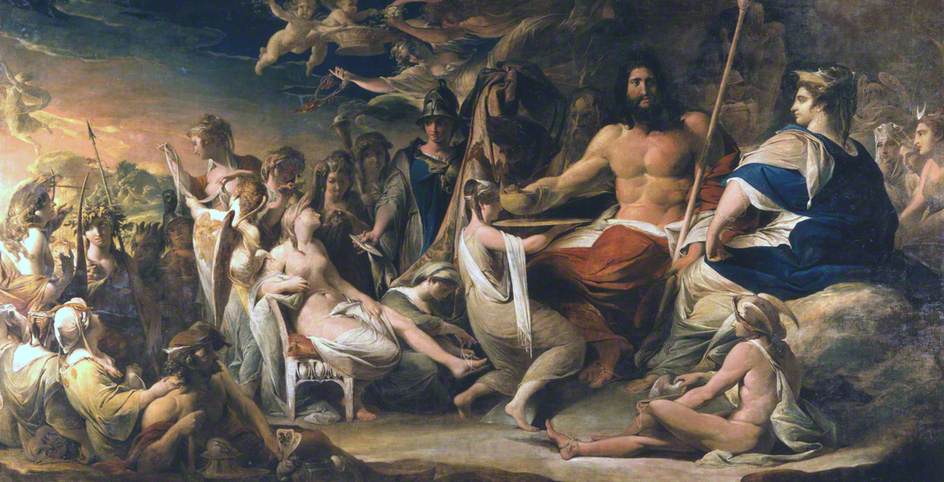 Pandora Crafted by the Gods

The creation of the gods was then given a name, Pandora, “all-gifted”.

Pandora was then sent to the household of Epimetheus. Now Epimetheus had no foresight, and despite having been previously warned by Prometheus not to accept any gifts from the gods, Epimetheus looked upon the beautiful Pandora, and decided to make her his wife.

The pervious easy life of man was now at an end, and life would now be a struggle. The release of the evils though would ultimately distort man to such an extent that Zeus was forced to bring this Age of Man to an, as Zeus sent the Deluge, the Great Flood, to wipe out man.

There was an alternative view that Pandora was not crafted by the gods to punish man but to show that the gods of Mount Olympus could do a better job than Prometheus had done; it was just the attributes that had been given to Pandora brought strife to mankind.

Pandora had no parents of her own, having been crafted by the gods, but with Epimetheus, Pandora would become the mother of the first mortal born woman, for Pandora gave birth to Pyrrha.

Pyrrha would later marry her cousin, Deucalion, the son of Prometheus. Pyrrha and Deucalion would be the ancestors of a new generation of mankind after the Deluge.
Contents