THE GODDESS CALYPSO IN GREEK MYTHOLOGY

Calypso is the name given to one of the minor goddesses of Greek mythology, and is of course primarily famous for her role in Homer’s Odyssey, for Calypso is the nymph who, at one stage, prevents Odysseus from returning home.

The Arrival of Odysseus

Calypso would rescue the shipwrecked hero, and Odysseus was nursed within the home of the goddess. The home of Calypso has been referred to as both a cave and a palace, but in either case it was said to be a beautiful place surrounded by trees, vines, birds, animals and babbling streams. Later imaginings of the palace of Calypso would also see the nymph also have female attendants herself.

As she nursed Odysseus, so Calypso fell in love with the Greek hero, and was soon offering to make the King of Ithaca her immortal husband. Such an offer, of eternity spent with an un-aging beauty might sound unmissable, but Odysseus refused the goddess’ offer; for Odysseus was still longing to return home to his wife Penelope.

So at night, Odysseus would share Calypso’ bed, but everyday he went to the shoreline, looking out in the direction of Ithaca. 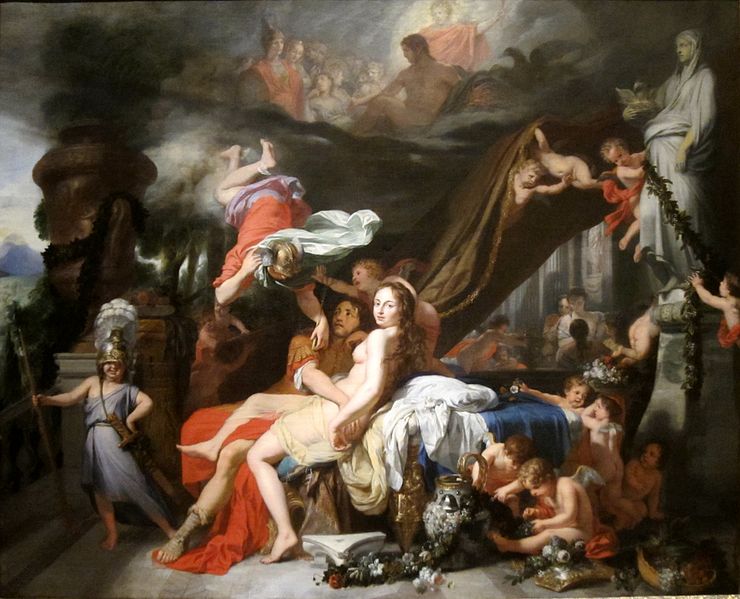 The time that Odysseus and Calypso spent together was said to have brought forth several sons for the goddess. Hesiod (Theogony) would state that Calypso bore two sons, Nausithous and Nausinous, whilst other ancient sources also name Latinus and Telegonus as sons of Calypso, although these are more commonly named as sons of Circe.

Calypso After The Departure of Odysseus

In the Fabulae (Hyginus) the claim is made that Calypso committed suicide after the departure of Odysseus, although an immortal committing suicide would be virtually unknown. Others simply say that Calypso pined for her lost love, looking out into the open expense of the sea, in the direction that Odysseus had departed. 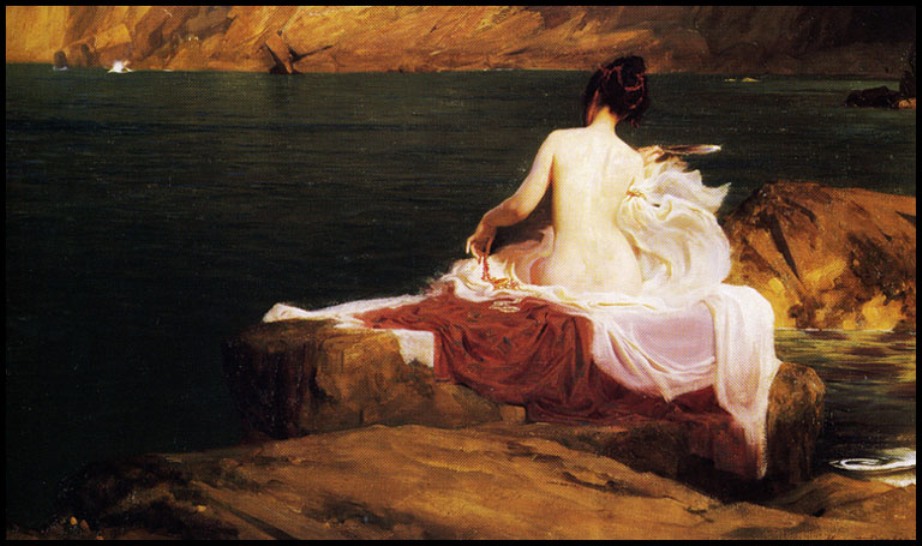