Paris is one of the most infamous mortals from Greek mythology; for Paris is blamed for bringing about the destruction of one of the most famous cities of the Ancient World.

Paris of course came from Troy, and his abduction of Helen from Sparta is the reason why a thousand ships, all packed with heroes and men, arrived at the gates of Troy; and ultimately the city of Troy would fall to that force.

Paris was more than just an inhabitant of Troy though for he was a prince of the city, the son of King Priam and his wife Hecabe (Hecuba). King Priam of Troy was well known for his many offspring, and some ancient sources would claim that he was father to 50 sons and 50 daughters, meaning that Paris had a lot of siblings, although amongst the most famous were Hector, Helenus and Cassandra.

The Birth of Paris and a Prophecy Made

When the baby was born though, neither Priam nor Hecabe could bring themselves to kill their own son, and so a servant, Agelaus was charged with the task.

Growing up upon Mount Ida, Paris proved to be able assistant to his “father” Agelaus, learning the skills of rural life, as well as keeping thieves and predator’s away from King Priam’s livestock. The son of Agelaus would be known as being handsome, intelligent and fair.

Even the gods and goddesses of Ancient Greece were taking note of Paris, and Oenone, the Naiad nymph daughter of Cebren fell in love with the shepherd. Oenone was highly skilled in the arts of prophecy and healing, and the nymph of Mount Ida, was fully aware of who Paris really was, although she did reveal it.

Oenone and Paris would wed, but from the very outset Oenone would warn Paris of the dangers of leaving the Troad, and pleaded with her husband never to travel to Sparta.

At some point Paris find out who his true father was, and King Priam would find out that his presumed dead son was still alive. How this reconciliation occurred is not expanded upon in the surviving ancient sources, but there is a suggestion that recognition occurred when Paris competed at one of the Games held at Troy. 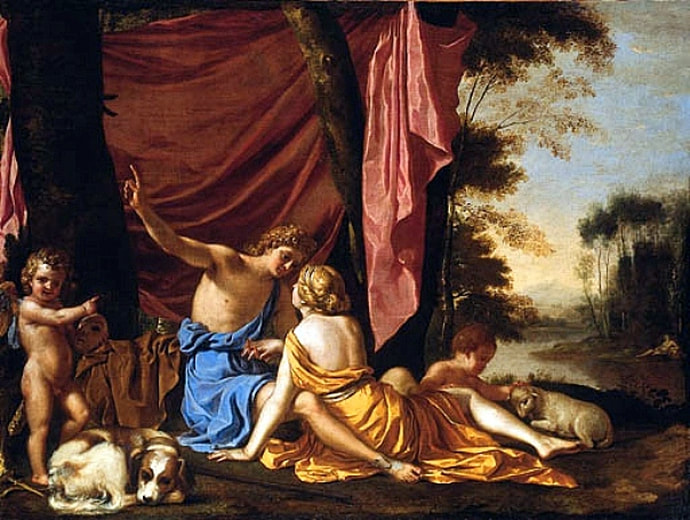 The Fairness of Paris

As previously mentioned Paris had gained a reputation for fairness, and this was exhibited when Paris acted as judge to decide the best bull at the local cattle show. The final decision came down to two bulls, one which just happened to belong to Paris, and a second bull of unknown origin. Paris though awarded the strange bull as the best at the show, basing his decision upon the merits of the two beasts, and this second bull was in fact the Greek god Ares in disguise. The impartiality of Paris was thus recognised amongst all of the major Greek deities.

This impartiality was subsequently the reason why Zeus decided to make use of the Trojan youth to decide another contest.

The Judgement of Paris

Now of course it cannot be said that these bribes affected the decision of Paris, but when the Trojan prince named Aphrodite as the most beautiful of the three goddesses, he took up the option of the goddess’ bribe. 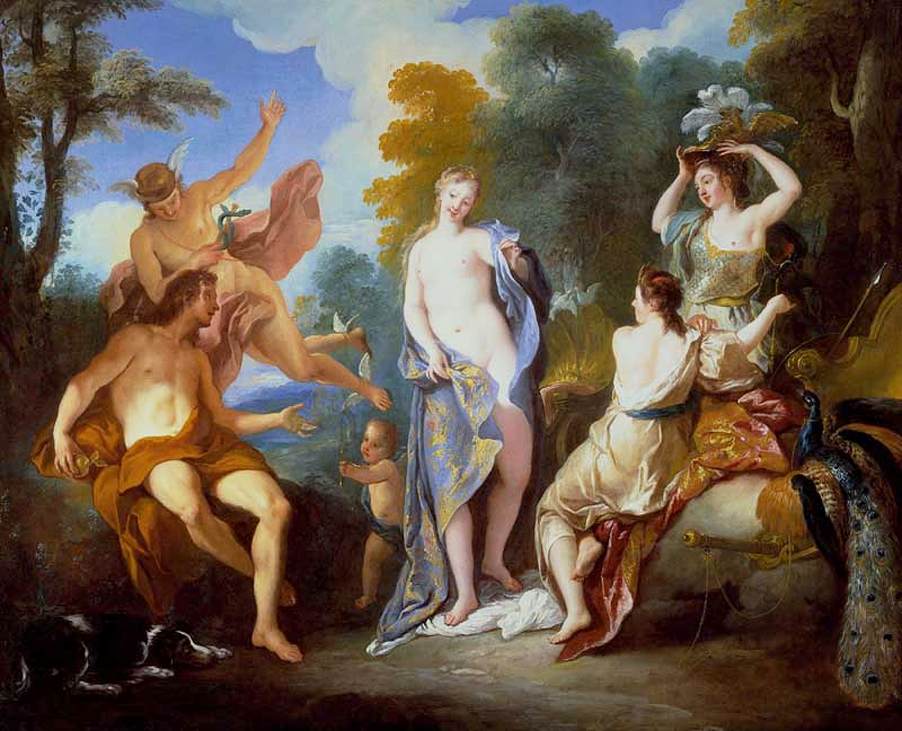 The most beautiful of all mortal women was Helen, the daughter of Zeus and Leda, but of course Helen was already married to King Menelaus of Sparta. This though did not stop Aphrodite or Paris, and soon Paris had abandoned Oenone upon Mount Ida, and was heading to Sparta, despite the previous warning of his wife.

Paris was initially a welcome guest at Sparta, but King Menelaus had to depart for the funeral of King Catreus of Crete. Paris took his chance and soon the Trojan prince was on his way back to Troy, with Helen in tow and a sizeable amount of Spartan treasure in the bowels of his ship.

Some say it was a true abduction of Helen, and some say that Aphrodite had made Helen fall in love with Paris, but in either case, the actions of Paris would see the Oath of Tyndareus invoked, and heroes from across Greece were fathered to aide Menelaus in the retrieval of his wife. 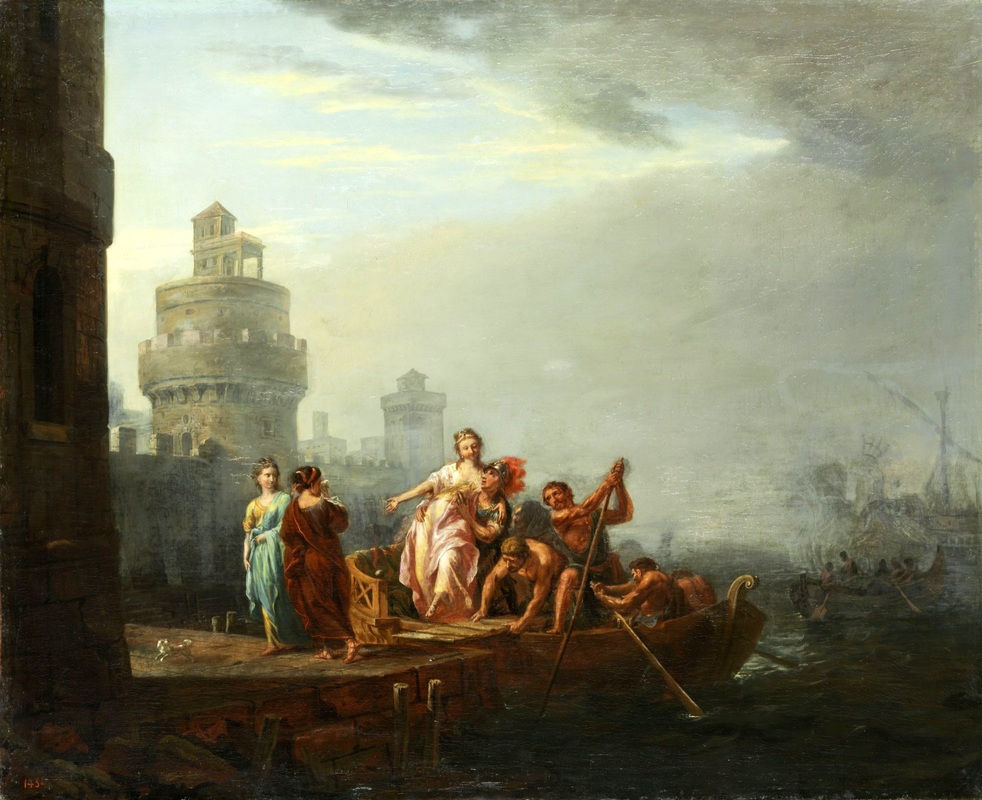 When Paris returned to Troy, with Helen and the Spartan treasure, the only one to chastise him for his actions was Hector, Paris’ brother. Hector was heir to the throne and hero of most renowned amongst all Trojans; Hector recognised that the actions of his brother would mean war.

War itself was not yet inevitable, for even after the arrival of the Achaean forces, there was a chance to avoid bloodshed, for the agents of Agamemnon, simply asked for the return of what was stolen. Paris was willing to give up the treasure, but was adamant that Helen was not leaving his side. 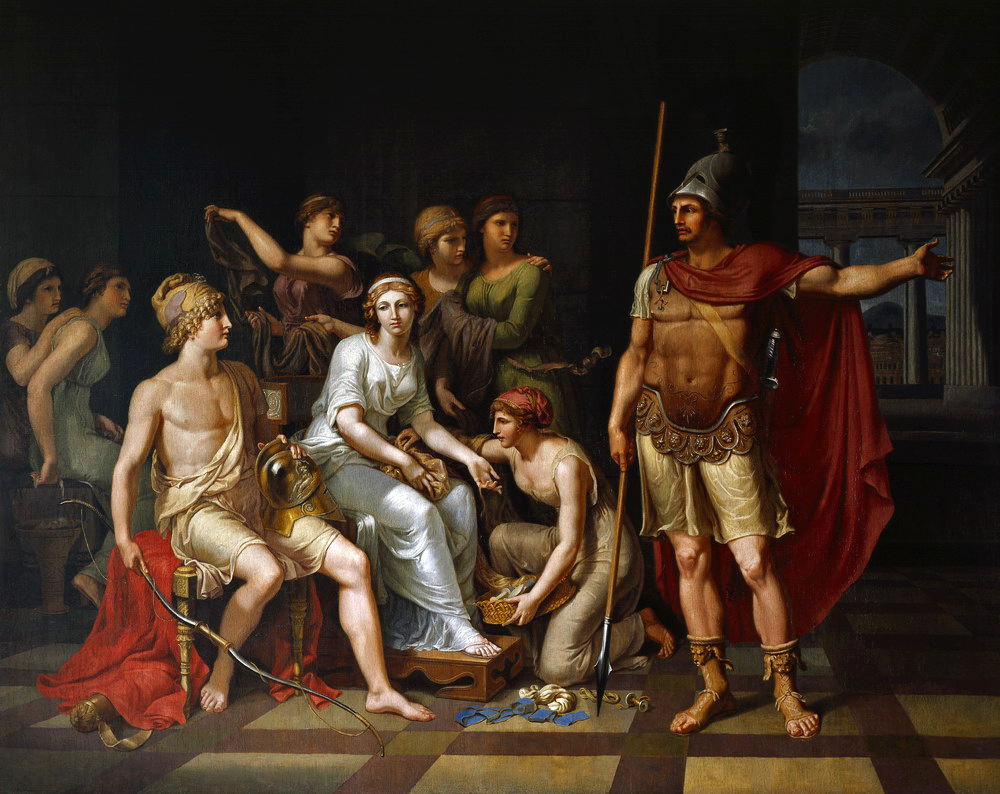 Hector Admonishes Paris for His Softness and Exhorts Him to Go to War - Johann Friedrich August Tischbein (1750-1812) - PD-art-100
At one point during the Trojan War, Hector though managed to convince Paris to fight against Menelaus to decide the war. Despite the fact that Menelaus was not the greatest fighter in the Greek force he easily defeated Paris in close combat, but before a killing blow could be delivered by the King of Sparta, the goddess Aphrodite rescued Paris from the battlefield.

The Death of Paris

The death of Achilles did not end the Trojan War though, for a hoard of Greek heroes still lived; Paris though would himself not survive the Trojan War.

Philoctetes was now amongst the Greek forces, and he was an archer even more skilled than Paris, and Philoctetes was also the owner of the bow and arrows of Heracles. An arrow unleashed by Philoctetes would hit Paris, although the hit itself was not a killing blow, the arrows of Philoctetes though were coated in the blood of the Lernaean Hydra, and it was the poisonous blood that started to kill Paris.

Now either Paris, or Helen, asked Oenone to save her former husband from the poison, something that might have been in her power to do. Oenone though refused to do so, having been abandoned previously by Paris.

Thus Paris would die in the city of Troy itself, but as Paris’ funeral pyre was lit, Oenone herself would throw herself on it, committing suicide as the body of her former husband burnt. Some sources claimed this was due to the love that Oenone still harboured for Paris, whilst others claimed it was remorse for not having saved him.

The death of Paris came before the Wooden Horse ruse saw the Achaeans within the walls of Troy, and whilst ultimately Paris was the cause of the destruction of Troy, just as the premonition of Hecabe had shown, the Trojan Prince would not witness the destruction of his home. 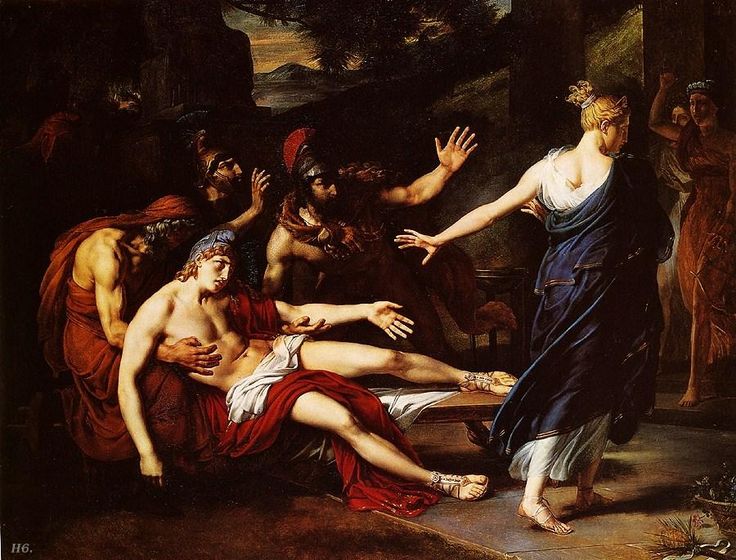