THE GOD HYNPOS IN GREEK MYTHOLOGY

The pantheon of Ancient Greek gods and goddesses was wide ranging containing many hundreds of different deities; today, a select few of these gods and goddesses, the likes of Zeus and Aphrodite, are still well known, but many others are all but forgotten.

The names of some of these Greek gods and goddesses though live on today in strange ways, with one such god being Hypnos, the Greek god of sleep for his name lives on the English language as the root of many words relating to sleep, including of course hypnosis.

tHE fAMILY OF hYPNOS

Hypnos was a highly regarded deity, for he, by putting a person to sleep, could enable them to forget all of their worldly worries, and enable them to have pleasant dreams. 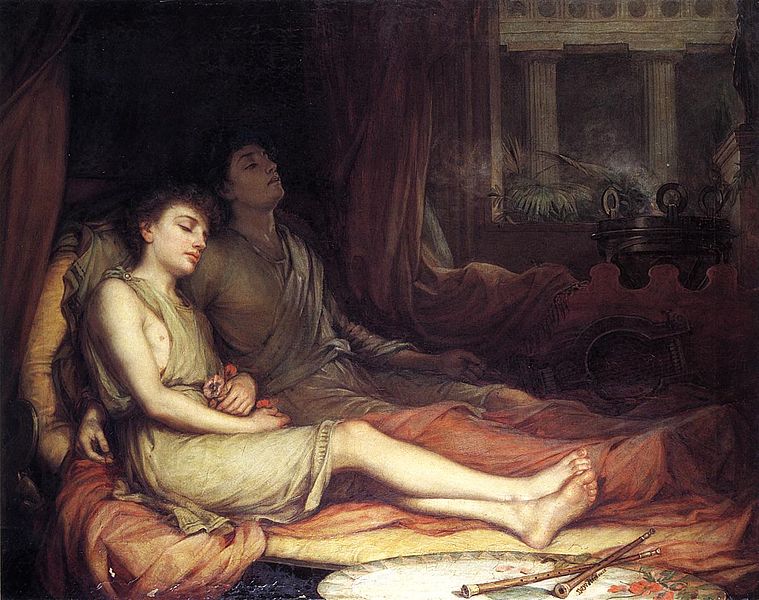 tHE hOME OF hYPNOS

In ancient sources, Hypnos was said to reside in a cave palace in the realm of Hades, the Underworld of Greek mythology. The palace was said to be furnished with a couch of ivory, instead of a throne, on which a tired Hypnos was often depicted. Around the entrance to his palace would grow poppies and herbs known to help people sleep, and the River Lethe, was said to flow through the palace. The power of the god would imbue the river with its powers of forgetfulness.

Hypnos himself was normally thought of as being a handsome man, but with wings emanating from the temple of his head or from his shoulders.