Daphne was a nymph from Greek mythology loved by both a mortal and a god, but wishing to remain chaste, she managed to escape the attentions of all for eternity.

Daphne was a Naiad nymph, the daughter of either the river god Ladon from Arcadia, or Peneus of Thessaly (by the nymph Creusa). As with all the nymphs of Greek mythology, Daphne was very beautiful, but it was said that she had decided to remain untouched.

Apollo would chase after Daphne, and wishing to escape from her pursuer she called out for help from either Gaia, Ladon or Zeus. One of these deities heard the request of Daphne, and the Naiad nymph was transformed into a laurel tree.

His love might have disappeared, but Apollo would not totally forget his first love, for the laurel tree would become sacred to Apollo, and a wreath made from laurel would be awarded at the Pythian Games. 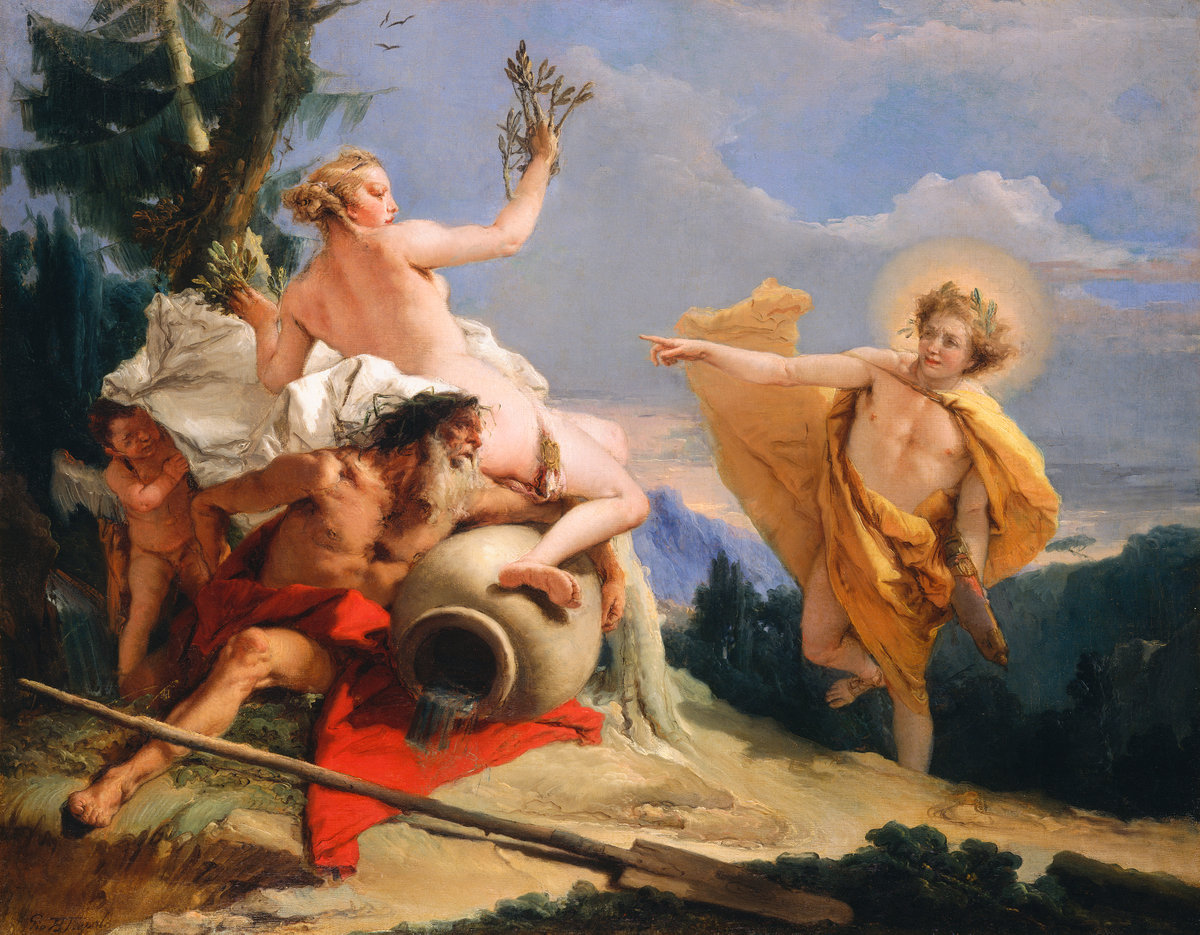