THE TITAN ATLAS IN GREEK MYTHOLOGY

Atlas is one of the most famous figures from Greek mythology and the image of his holding up a globe is still a powerful one today. Many people will not realise though that Atlas was a god of the Greek pantheon, and the one time antagonist of Zeus.

Many tales are told about Atlas in Greek mythology, and many of these stories are contradictory in nature.

The Family Line of Atlas 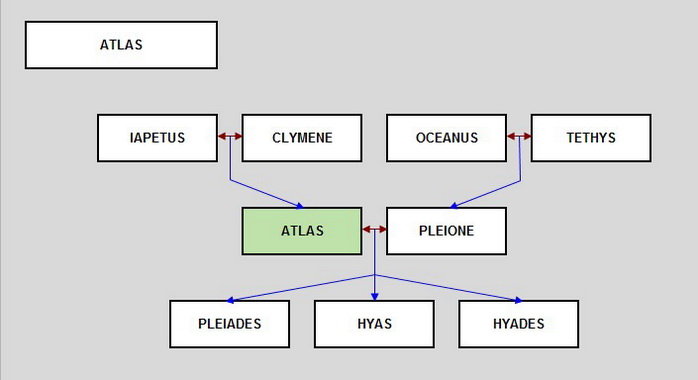 The God Atlas in the Titanomachy

Epimetheus, declined to fight; Prometheus having foreseen the result of the war.

The result of the war was inevitable, for despite the immense strength of Atlas, eventually the Titans were outgunned when Zeus recruited the Cyclopes and Hecatonchires to his side.

The Punishment of Atlas

After the war, Zeus punished those who fought against him, and this meant that the majority of male Titans were incarcerated in Tartarus, but Zeus dished out a special punishment for Atlas.

During the Titanomachy, Ouranos, the heavens, had been shaken and could no longer hold himself aloft. So Atlas was punished to hole the celestial globe in place for all eternity. This the Titan did from a position within the Atlas Mountains of North Africa.

Despite the many depictions of Atlas, it was the celestial globe that Atlas would hold aloft, not the Earth. 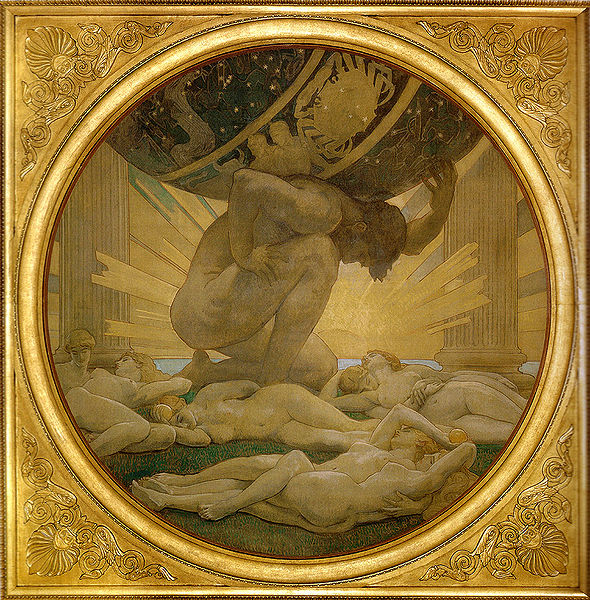 Heracles realises that he is in a position that could see him trapped for eternity holding up the heavens. So Heracles agrees to Atlas’ suggestions, but asks Atlas to hold up the heavens briefly whilst he adjusts his cloak to make himself more comfortable. Atlas stupidly agrees, and so Atlas soon finds himself in the position that had occupied him for so long, and Heracles had no plans on being in that position ever again.

In alternative versions of the mythological tale, Atlas simply tells Heracles where the Garden of Hera is, and how to get pass Ladon and the Hesperides. In another version of the same story, Heracles did release Atlas from his punishment, by building the Pillars of Heracles to hold the heavens aloft.

A second famous tale about Atlas sees the Titan encountering another Greek hero, Perseus. Perseus was on the return leg to Seriphos with the head of Medusa safely in his possession. Perseus decided to rest by Atlas, but the Titan was in a far from hospitable mood. An angry Perseus therefore removed the head of Medusa from its satchel and the gaze of the Gorgon turned Atlas to stone.

The stories of Atlas and Heracles and Atlas and Perseus cannot be reconciled though, for Perseus was the grandfather of Heracles, and the Titan was not petrified in the time of Heracles. 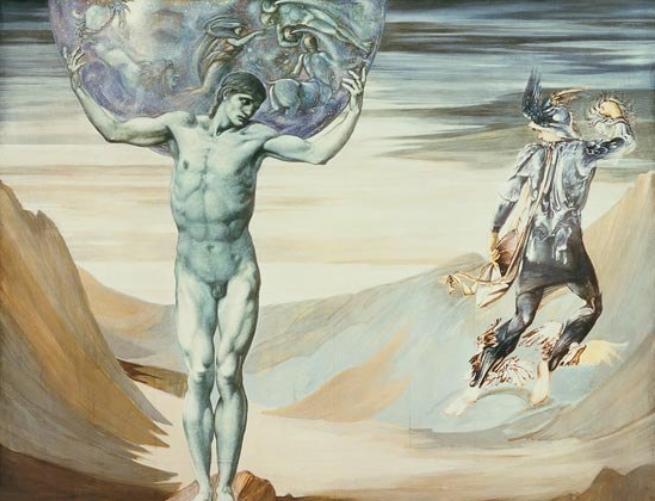 This King Atlas was a master of astronomy, mathematics and philosophy, and it is sometimes claimed that it was this Atlas visited by Perseus.

The skilled King of Mauretania though was an inspirational figure, and the Flemish cartographer Gerardus Mercator would make allusion to his Atlas during the 16th century. When Mercator published his work, he depicted a man holding up a terrestrial globe, causing an everlasting confusion about the role of the Titan Atlas.
Contents