Cerberus is one of the most easily identified of all creatures from Greek mythology, for Cerberus was the three headed dog also referred to as the Hound of Hades.

​Cerberus was thus brother to the likes of the Lernaean Hydra, the Chimera, and another monstrous dog, Orthrus. 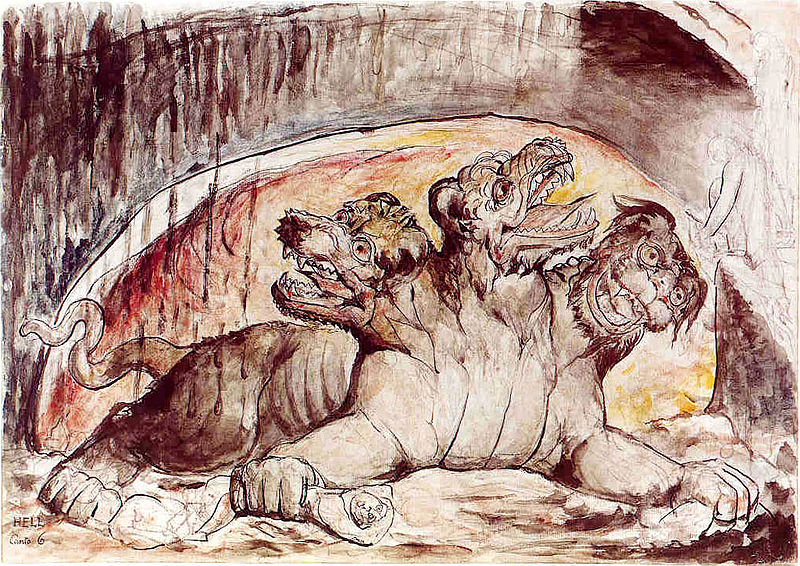 Cerberus in the Underworld

Heracles set about the task of subduing Cerberus, and with weapons laid to one side, Heracles wrestled with the Hound of Hades. Heracles got Cerberus into a choke hold, and eventually the monstrous hound submitted to the will of the demi-god. 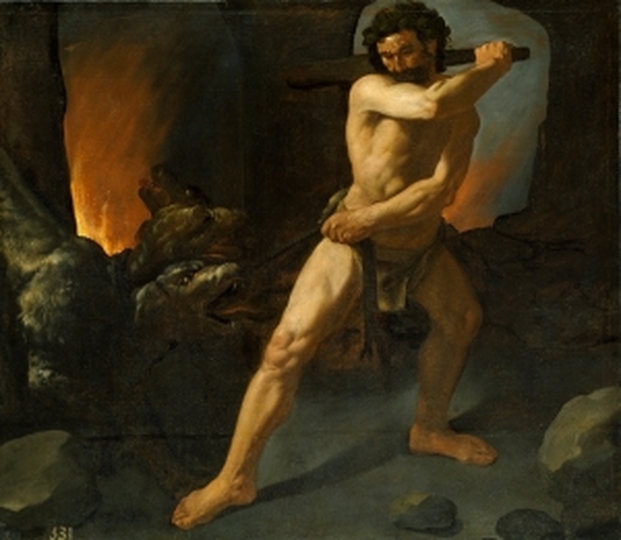 Cerberus is Taken and Returned

Having wrestled Cerberus into submission, Heracles would then drag the triple headed dog out of the Underworld, through the entrance at Tenarus. Cerberus was then led by Heracles through Greece to the court of King Eurystheus, and all men who saw the Hound of Hades were overcome with fear.

With the final Labour completed. Heracles would return Cerberus to the Underworld, from whence after the monstrous dog would once again watch over the shades of the dead.
Contents