The name Eros is given to two gods of the Greek pantheon, the first being one of the Protogenoi, and the second, a son of Aphrodite, with the second Eros being by far the most famous of the two. ​

The Parentage of Eros

​Eros though was said to be mischievous, and acting as he saw fit, would cause individuals to fall in love, something which was said to cause gods and men no end of trouble.

Eros today is commonly equated with the Roman god Cupid, and their mythology, and attributes were virtually identical, bar the fact that Eros was commonly depicted as a handsome youth, whilst Cupid was more of a child.

Eros and the Erotes

​Psyche though sought to find out the identity of her lover, and one night lit a lamp, Eros being discovered fled in fright, and thereafter, Psyche searched the lands looking for him. Aphrodite would seek to punish Psyche for becoming her son’s lover, but in every task given to her by the goddess, Eros would secretly aid his mortal lover.

In the end, Eros went to Zeus to help him, and to this end Psyche was made a goddess, the Greek goddess of the soul, and following this, Eros and Psyche were wed, and the anger from Aphrodite to Psyche was placated.

The marriage of Eros and Psyche was said occasionally to have brought forth one child, a daughter Hedone, who was the minor goddess of pleasure and enjoyment. 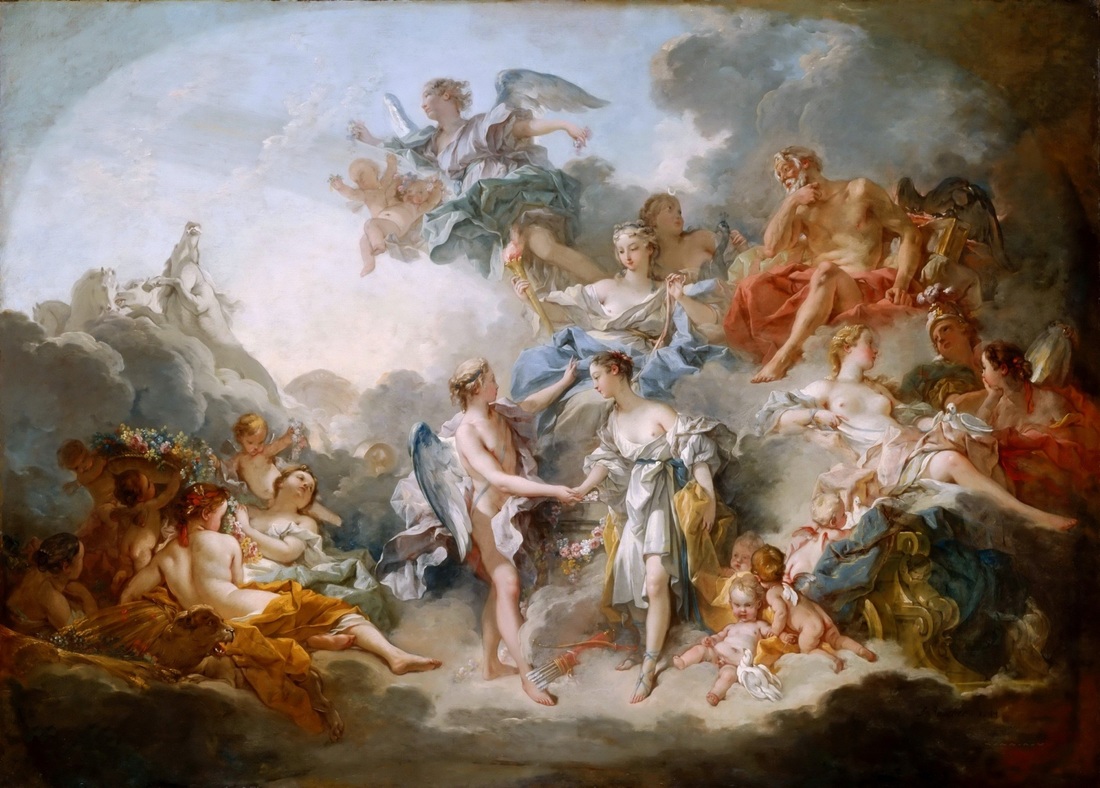 Eros and the Constellation Pisces