​Some of the most famous surviving tales from Greek mythology relate to events before, during and after the Trojan War, and the heroes Achilles, Ajax the Great, Diomedes and Odysseus are arguably the most famous mortals to be found in Greek mythological tales. These four heroes though were all Achaean heroes (Greek heroes) who came to Troy to retrieve Helen, the wife of Menelaus.

Less famous are the names of the defenders of Troy, although people are likely to have heard of Paris, effectively the prince who brought the Achaeans to Troy, Aeneas, the famous Trojan survivor of the war, and to some the name of Hector is equally recognisable.

The most famous of Priam’s wives was Hecabe, and the eldest son born to Priam and Hecabe was Hector.

Hector would grow up in Troy as heir apparent to Priam, but Fate would intervene to ensure that prince Hector never became King of Troy.

The Reputation of Hector

Hector of course comes to the fore during the Trojan War, and the surviving sources tell little of his life before the arrival of the Achaean force. Yet, whilst the Achaean fleet was gathering at Aulis, such was the reputation of Hector that the Greek heroes recognised that they would have to overcome the man regarded as the mightiest of all Trojan warriors.

It was this duty to his city, as well as his courage and piety, which also saw Hector regarded in the highest esteem by Ancient Greeks, who heard the tales of Troy. 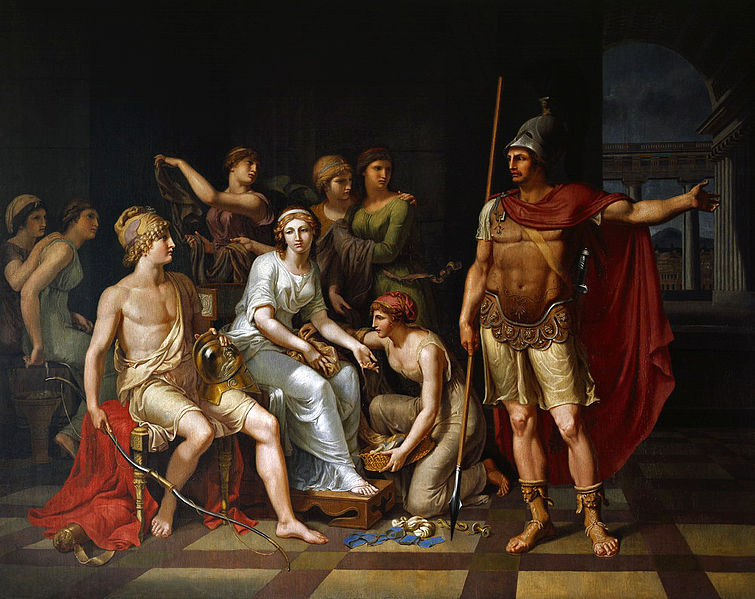 ​With his anger raised by Paris’ failure to fight Menelaus, Hector seeks to bring an end to the war quickly, and sends out a challenge to the Achaean army, demanding that the bravest of the assembled heroes sally forth to meet him in combat

The prowess of Hector results in some reticence amongst the assembled Achaean heroes to test themselves in single combat with Hector. Recognising that they could not decline the challenge, several volunteers eventually appear, and lots were eventually drawn, with Ajax the Great (Telamonian Ajax), exiting the Achaean camp to do battle with Hector.

The fight proves to be a long and exhausting one, lasting through until dusk. Hector and Ajax prove to be evenly matched with neither man able to obtain a significant advantage.

Hector and Ajax eventually agree to call off hostilities, resulting in a drawn fight. Both Trojan and Greek are taken with the courage and skill of the other, and thus gifts are exchanged between the two heroes.

Hector gives to Ajax a sword, whilst Hector receives from his opponent a girdle; later in the war, both gifts received would be linked to the demise of their new owners.

​The success of Hector against Patroclus proves to be a turning point in the war, but not a turn in favour of the Trojans. The death Patroclus sees Achilles emerge from his tent, don new armour, and enter the battlefield once again.

Initially Hector stays behind the walls of Troy for a prophecy had been made that Hector would die at the hands of Achilles.

Hector observes the death of many Trojan soldiers and his sense of duty once again sees him enter the battlefield.

Achilles and Hector are destined to meet, but the gods are also interfering, for Athena is aiding Achilles, for as well as bringing weapons to Achilles, Athena also tricks Hector into believing that he has help.

Realising that he is doomed, Hector decides to make his death memorable and glorious, and taking up his sword he charges at Achilles, whereupon, is struck down by Achilles’ spear, which pierces his neck.

With the fall of Hector, Troy has lost its greatest defender, and also its last hope. 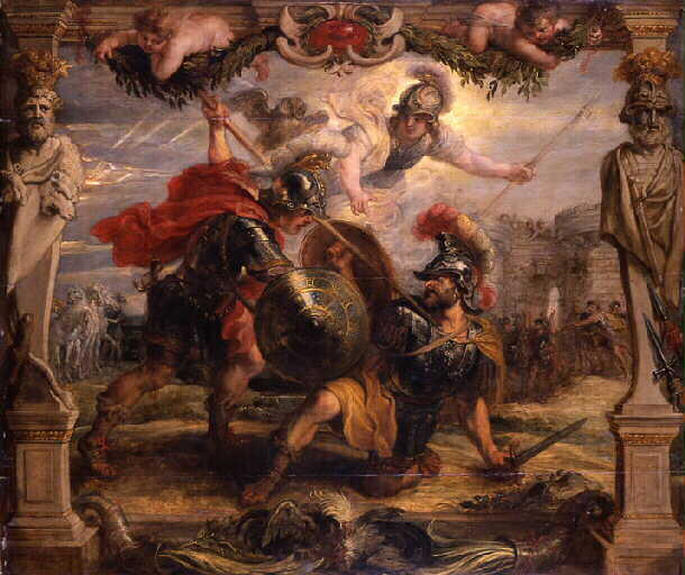 The Body of Hector

Victory over Hector does nothing to soothe Achilles anger over the death of Patroclus, and Achilles, and rather than return the body of Hector to Troy, Achilles plans to destroy the body. Thus the body of Hector is strung by its heels, using the girdle of Ajax, and attached to Achilles’ chariot.

For 12 days Achilles rides around Troy pulling the body of Hector behind him, but the remains of Hector come to no harm, for Apollo and Aphrodite protect it.

Word then comes from the gods that Achilles must end his persecution of the body of Hector, and allow the body to be ransomed.

King Priam would exit Troy and enter the Achaean camp to seek Hector’s body, and aided by Hermes, the father of Hector goes unseen until he enters the tent of Achilles. Priam pleads with Achilles for the body of his son, and taken by the words of the king, as well as the warning of the gods, Hector’s body is released into Priam’s care and Hector returns one last time to Troy.

Some tell of how the Tomb of Hector was subsequently not found in Troy but in the nearby city of Ophryneion, with the bones of Hector subsequently moved generations later to Thebes.