​The name of Polyphemus is probably not one that most people will recognise, even if they have some knowledge of Greek mythology; in his own way though, Polyphemus is amongst the most recognisable of all mythological figures, for he was the Cyclops encountered by Odysseus.

The Cyclopes were considered to be barbaric and cannibalistic in nature, killing and eating the uninformed that landed on their land.

The most powerful of all these second generation Cyclopes was Polyphemus, and so he was considered to be their leader.

​Following the death of several of his men, Odysseus comes up with a plan for the rest to escape. First, Odysseus gets Polyphemus drunk, then tells the Cyclopes that his name is actually “Nobody”, and then, when Polyphemus is in a drunken stupor, the giant is blinded with a sharpened log. 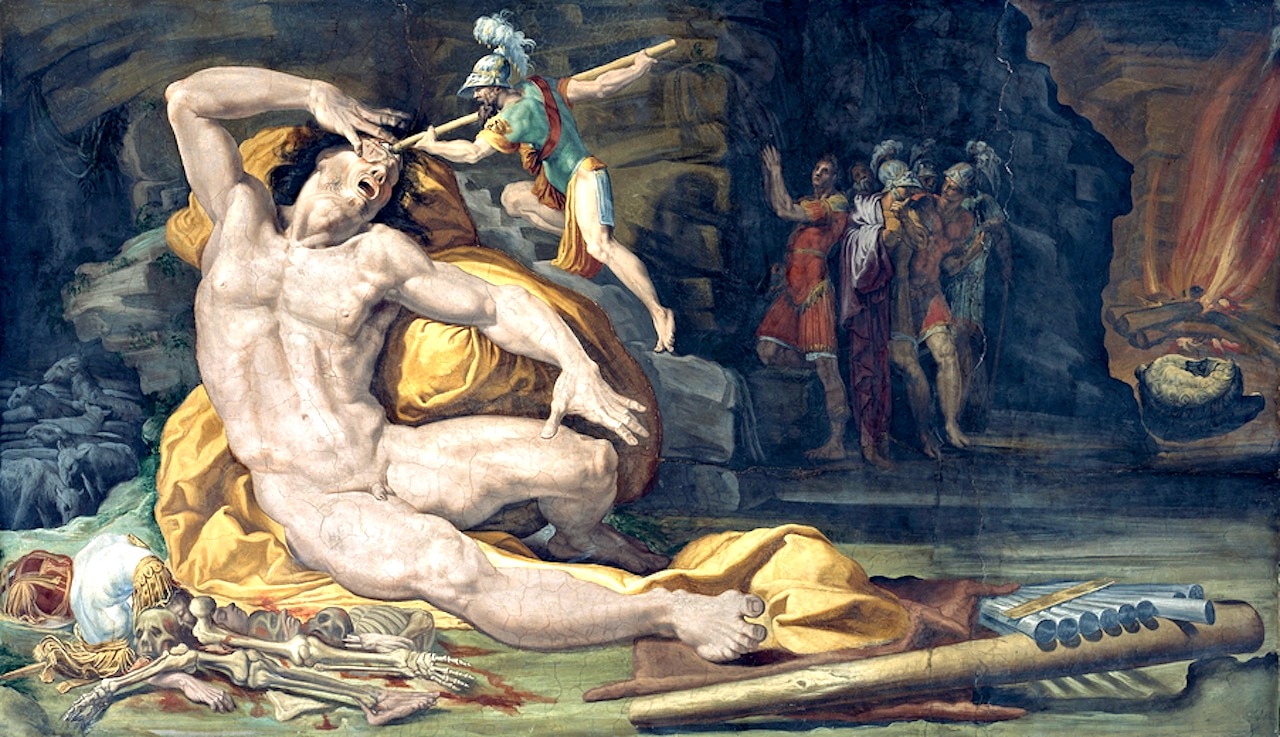 This storyline of Polyphemus does continue after the departure of Odysseus, for Virgil in the Aeneid tells of the arrival of Aeneas upon the island of Polyphemus. The Trojan warrior rescues Achaemenides, one of Odysseus’ original crew who had been left behind.
Later, Ovid reverts Polyphemus back to a more barbaric giant, for when Galatea spurns Polyphemus is favour of the shepherd Acis, the Cyclops crushes his love rival beneath a gigantic boulder, and from the blood of a Acis comes forth the river Acis.
Contents