The word Psyche and its derivatives are common features in the English language, but Psyche was also present in Ancient Greece for it is the name given to the Greek goddess of the Soul. Psyche though was a relatively unusual goddess in the Greek pantheon, for Psyche was not born immortal but was transformed into one.

Today, the most famous version of the mythology of Psyche comes from the Roman period, for the story of Psyche, and Cupid, is a central theme in Apuleius’ The Golden Ass.

Psyche’s beauty though was as much a curse as it was a boon, for whilst her sisters were happily married to other Greek kings, men observed Psyche’s beauty and were unwilling to approach. As time went by, people even began to worship the beautiful Psyche as if she was a goddess, and as a result the worship of Aphrodite (Venus) was neglected.

The Curse of Aphrodite

Whilst Aphrodite was plotting, so Psyche’s father was also trying to plan for the future, and the king consulted one of Apollo’s Oracles to find out what the future of Psyche was to be. The proclamation given by the Sibyl though, did nothing to comfort Psyche’s father, for, as if confirming Aphrodite’s plan, it was said that Psyche was to marry a monster. 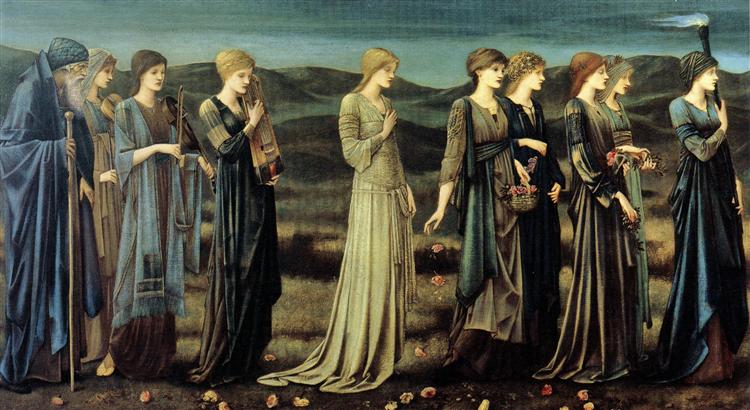 The Abduction of Psyche

Eros was in quandary though, for having gone against Aphrodite’ instruction he could not let evidence of this insubordination reach the goddess. Thus Psyche was hidden away in the palace away from prying eyes, but Eros also could not reveal who he was to Psyche, thus Eros only came to Psyche at night, when the princess could not see who her lover was.

Eros warned Psyche that she could not look upon him, for the result would be the ruin of them both. 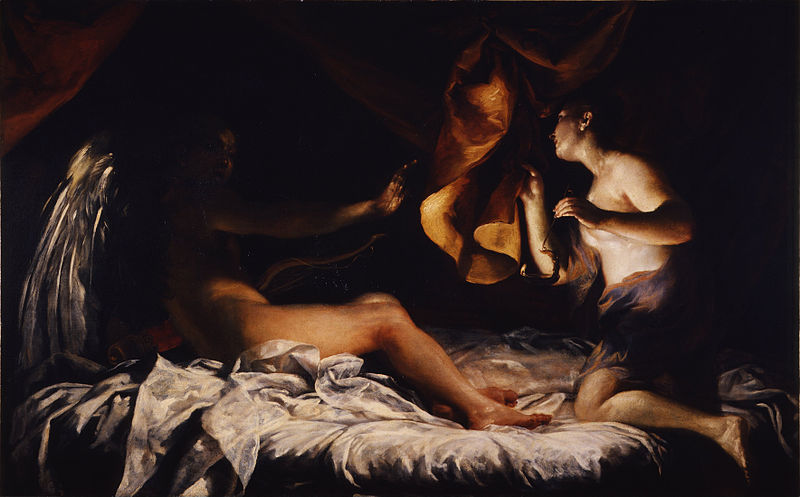 The Death of Psyche's SIsters

Having lost Eros, Psyche returned home, but when she told her sisters about the identity of her lover, they became even more jealous, but the pair’s jealousy would ultimately lead to their death. Both of Psyche’s sister attempted to replace their sister as the source of Eros’ love, and both leaped from the peak of a mountain, calling upon Zephyrus to take them to Eros, just as the wind god had done for Psyche. Zephyrus though ignored the calls of Psyche’s sisters, and so both plummeted to their deaths. 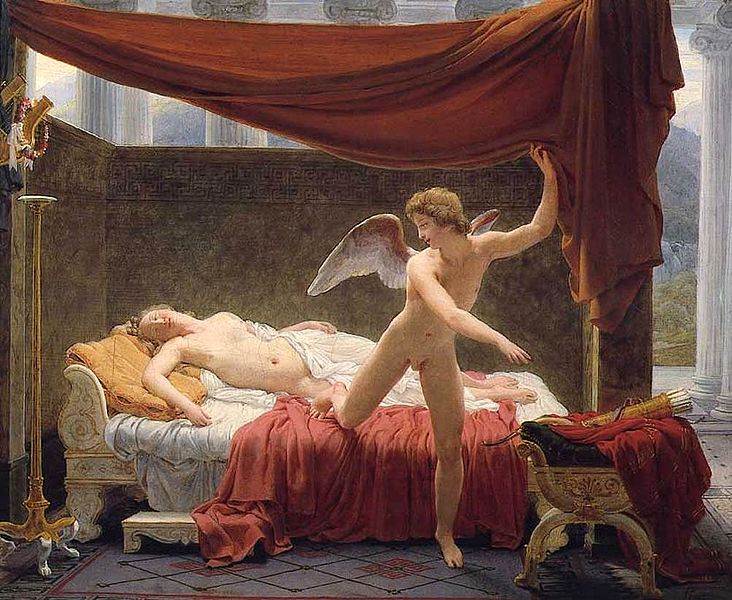 Psyche started searching for her lost love, wandering across the known lands, but of course Eros was not on earth, but was within Aphrodite’s palace, with Eros having been taken ill, fearing that he has lost Psyche for ever. The illness of Eros had a devastating effect on the world, for without the intervention of Eros, no one was falling in love, and ultimately this even had an impact upon the gods.

Aphrodite though initially had no inclination about why her son was ill nor how he could be made well again, although eventually understanding came upon Aphrodite when Psyche herself turned up at Aphrodite’s palace.

The Labours of Psyche

Aphrodite’s anger continues to grow with each completed task, and so Aphrodite sends Psyche to collect water from the River Styx. Despair at the hopelessness of the task begins to overwhelm Psyche, but then Zeus himself intervenes, and sends one of his eagles to collect water for the princess.

Eros to the Rescue

The curiosity of mortals would overtake Psyche, and the princess decides to have a look inside the box. Inside though is not beauty, but instead is everlasting slumber, and as Psyche breathes in, so she immediately falls into a deep sleep.

Unbeknownst to Psyche, Eros has been helping her with her tasks from his sick bed, without Aphrodite realising, and now well enough to leave the palace, Eros comes to his lover’s rescue, and reawakens her. 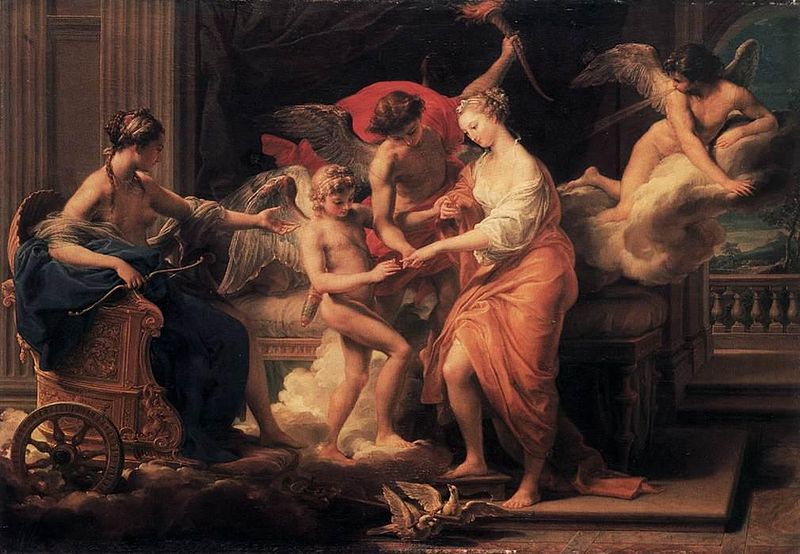 Realising that Aphrodite’s persecution of Psyche is likely to be unending, Eros goes to Zeus and begs for his help. Eros had previously caused Zeus many problems but taken with Psyche’s plight, and also the potential for Eros to be less disruptive if he is settled down and married, and also helpful in Zeus’ future love life, Zeus makes a proclamation that Psyche and Eros are to be wed.

As a result Psyche is made immortal by Zeus, and made the Goddess of the Soul.

Aphrodite was not best pleased with the turn of events, but she had no allies amongst the other Olympian gods to go against the decree of Zeus in this case, and eventually Aphrodite is appeased. The wedding feast that follows is on a par with any of the banquets that had gone before, with Apollo playing his lyre, Pan on his syrinx, and the Muses entertaining.

The joining of Love and Soul, in the form of Eros and Psyche, would bring forth one child, Hedione (Volupta), the goddess of pleasure and enjoyment.
Contents