​The pantheon of gods from Ancient Greece was extremely large, and as a result, today it is mostly the main gods who are recognised. That being said, modern reworking of ancient tales, have ensured some minor deities from Greek mythology have become prominent, with one such god being Triton.

most famous of these deities is probably Poseidon, but other major sea gods included Oceanus and Pontus, and it is within the pantheon of sea gods where Triton is to be found. 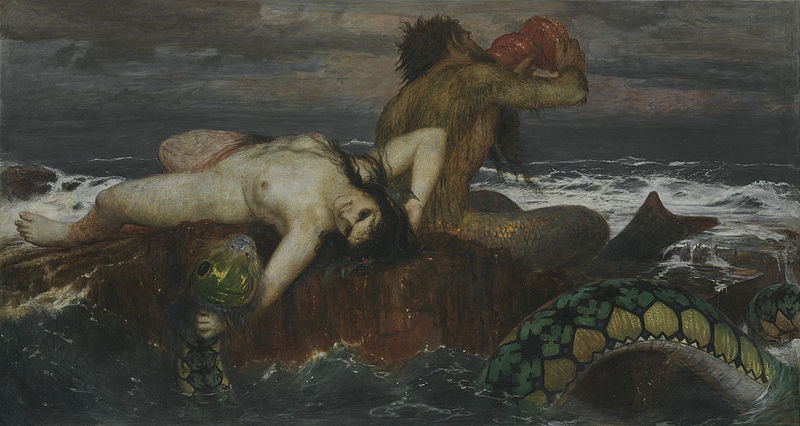 Triton, in Greek mythology, was the son of Poseidon and his Nereid wife Amphitrite, and was commonly believed to reside with his parents in their golden palace beneath the surface of the Aegean Sea. Triton would act as the messenger for his father.

As a messenger of Poseidon Triton would ride on the backs of creatures of the deep to quickly carry messages to all parts of Poseidon’s domain, but Triton also had the ability to ride the waves themselves.

Triton appeared only occasionally in mythological tales, but famously does help Jason and the Argonauts, directing the Argo and its crew back on course after it had become lost and floundered in marshland.

Triton also appears in the Aeneid (Virgil) when Misenus, the trumpeter of Aeneas, challenges the son of Poseidon to a contest on the conch shell. Mythological tales though were clear that it was never wise to challenge a god, even if it was a minor one, and the contest never even took place, for Triton threw Misenus into the sea.
Contents