Tityos was a giant in Greek mythology, and one of those individuals who would ultimately face eternal punishment, like Sisyphus and Tantalus, in Tartarus for his crimes.

Tityos Born of the Earth

Tityos was a son of Zeus, born due to the god’s wandering eye; for Zeus had spied the beautiful Elara. Elara was the daughter of Orchomenus, the king of the Thessalonian city that was also called Orchomenus.

Zeus would have his way with Elara, but then sought to keep his infidelity secret from his wife Hera, and to this end, Zeus hid Elara beneath the surface of the earth. Being hidden in the earth though, caused the baby that Elara was carrying in her womb to grow to an enormous size, and eventually Elara’s womb split, presumably killing Elara in the process.

The unborn baby Tityos was then carried to its due date by Gaia, and once the time had come the giant Tityos would emerge from the earth at a cave upon Euboea, a cave subsequently known as Elarion after Tityos’ mother.
As Tityos came upon Leto, the goddess called out for help, and quickly Artemis and Apollo, the children of Leto were by their mother’s side, shooting their arrows at the giant, before Tityos was dispatched with a golden sword. 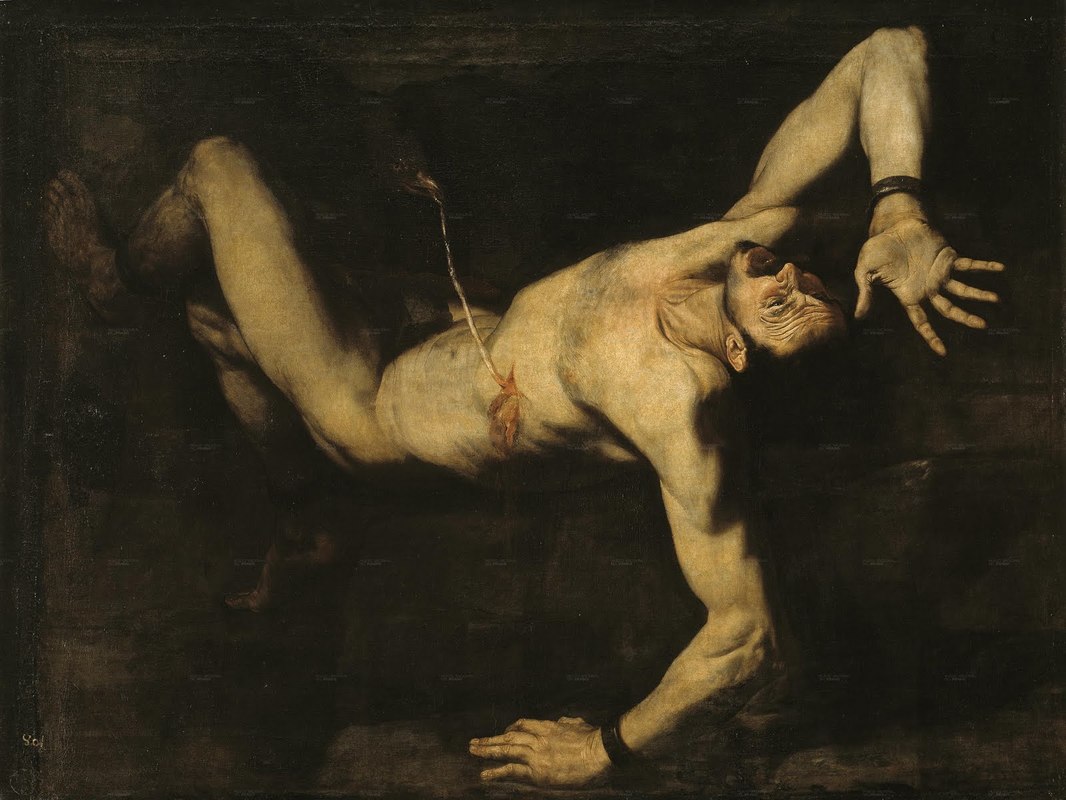 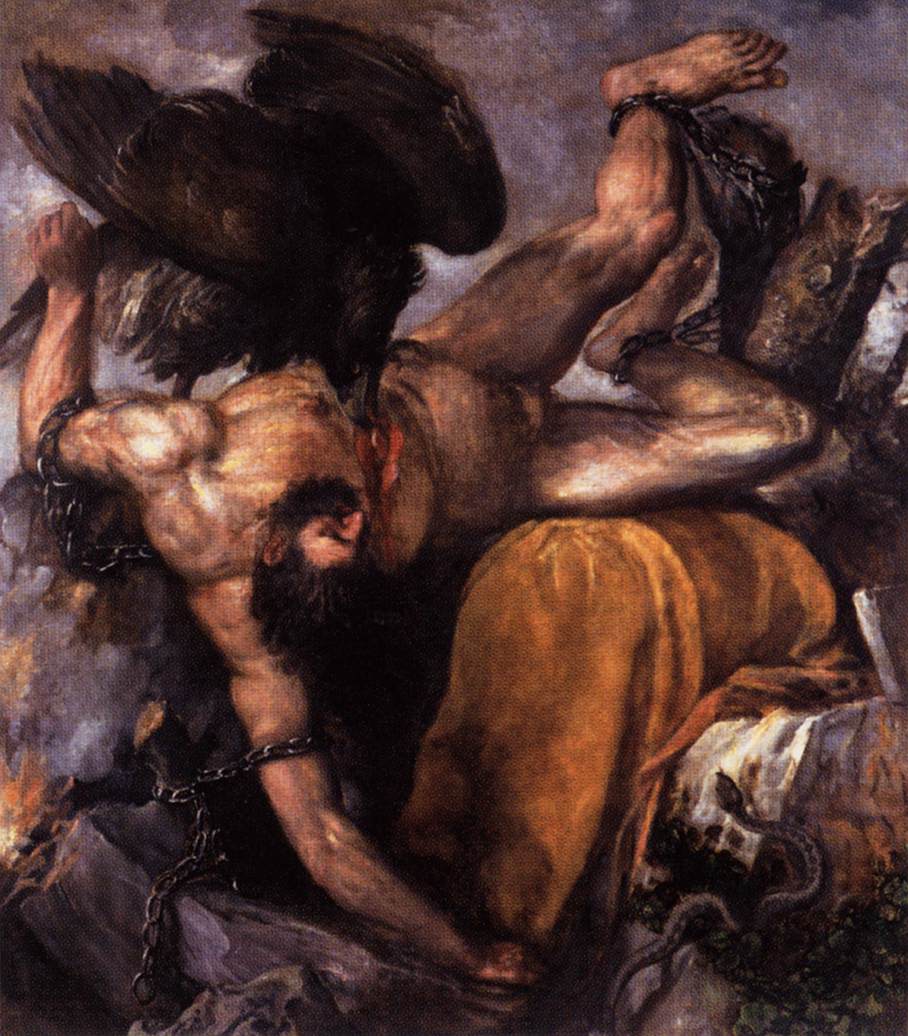