THE HUNTER ORION IN GREEK MYTHOLOGY


The story of Orion was one widely told, and retold, throughout Ancient Greece, and so names, places and other details vary between versions, with different regions of Greece claiming the original tale for themselves, but a basic outline of the story of Orion can still be ascertained.

The Birth of Orion

As an adult Orion arrived on the large of Chios, and there fell in love with Merope, the daughter of King Oenopion. To prove his worth, Orion set about hunting down the animals present on Chios, and even became the first to develop the skill of hunting at night to bag a huge collection of animals. It did not matter what he did though, King Oenopion had no wish to see Orion become his son-in-law.

A frustrated Orion would take matters into his own hands, and forced himself on Merope; Oenopion then sought retribution. Oenopion gained the assistance of Dionysus, his father-in-law, and Orion was placed into a deep sleep, at which point the king blinded the giant. The blind Orion was then abandoned upon one of the beaches of Chios.

Orion found out though that his sight could be recovered if he faced the rising sun at the eastern extremity of the earth. The blind Orion though had no way of knowing exactly where this point was, but hearing the sound of the hammering from the forge of Hephaestus, Orion walked across the waves to the island of Lemnos, to seek the help of the metalworking god.

Orion found his way into the workshop of Hephaestus, and there the sympathetic god, provided the giant with a guide, Cedalion. Cedalion sat upon the shoulder of Orion, and guided him to the spot where Helios rose each morning; and as the sun, emerged, so the sight of Orion was restored. 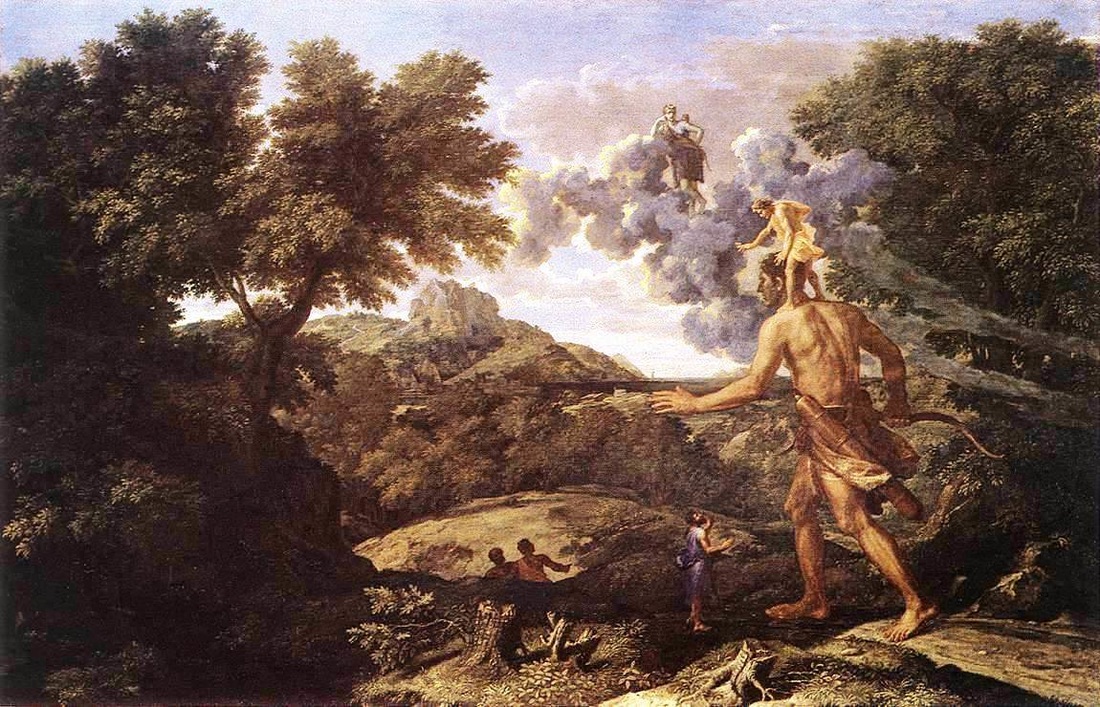 ​Orion returned to Chios to seek out revenge upon Oenopion, but the king had been safely hidden away by his people, when news of the giant’s approach sounded. Orion therefore left Chios and made his way to another island, this time Crete.

On Crete, Orion became a companion of the goddess Artemis, the Greek goddess of the hunt, and hunted with the goddess and her mother, Leto.

Companionship of Artemis would ultimately lead to the death of Orion, although various different tales are told of how the son of Poseidon came to die.

The Death of Orion 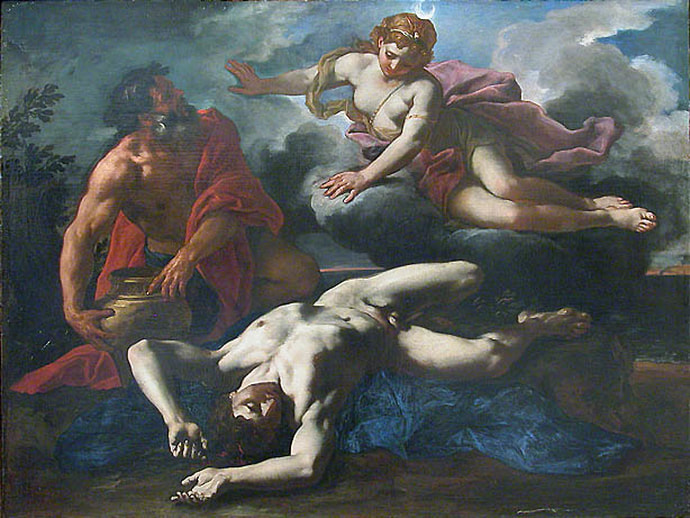 Orion Amongst the Stars

The Offspring of Orion

When it came to the chase it was not just animals that Orion pursued though, and Orion was know to be almost as lustful as Zeus. Famously, Orion sought to conquest each of the Seven Pleiades; to escape the unwanted attention the seven sisters were transformed into the constellation, although of course, even in the heavens Orion still chases after them.

Orion was said to have had various offspring as well, and may well have fathered 50 sons by the daughters of the river god Cephisus. Famously, Orion was also father to two daughters by Side; these daughters were named Metioche and Menippe, named collectively as the Coronides. At a later date, Metioche and Menippe willingly sacrificed themselves to relieve the spread of pestilence across the land, and were subsequently transformed into comets to recognise their bravery.
Contents