THE GRAEAE IN GREEK MYTHOLOGY

The Grey Sisters of Greek Mythology

The Graeae are a trio of sisters in Greek mythology, and indeed are one of the most famous triumvirates, alongside the likes of the Gorgons, to appear in the tales of Ancient Greece. The fame of the Graeae though, comes primarily for the fact that they appear in the adventures of the legendary hero Perseus.

The Graeae were the daughters of the sea deities Phorcys and Ceto, making them sisters to other characters associated with the sea, including the Gorgons, Scylla and Thoosa. It was common to refer to the Graeae as the Phorcides, daughters of Phorcys.

It is common to suggest that there were three Graeae, and this is the number spoken of the Bibliotheca (Pseudo-Apollodorus), though it has to be said that Hesiod (Theogony) and Ovid (Metamorphoses), speak of only two Graeae.

Where three Graeae are named it is common to find them referred to as Deino, meaning “terrible”, Enyo, “warlike”, and Pemphredo “she who guides the way”.  Occasionally, Deino is replaced with a different named Graeae, Persis, meaning “destroyer”.

More importantly, in Greek mythology, the Graeae were keepers of a secret, the location of the caves of the Gorgons. 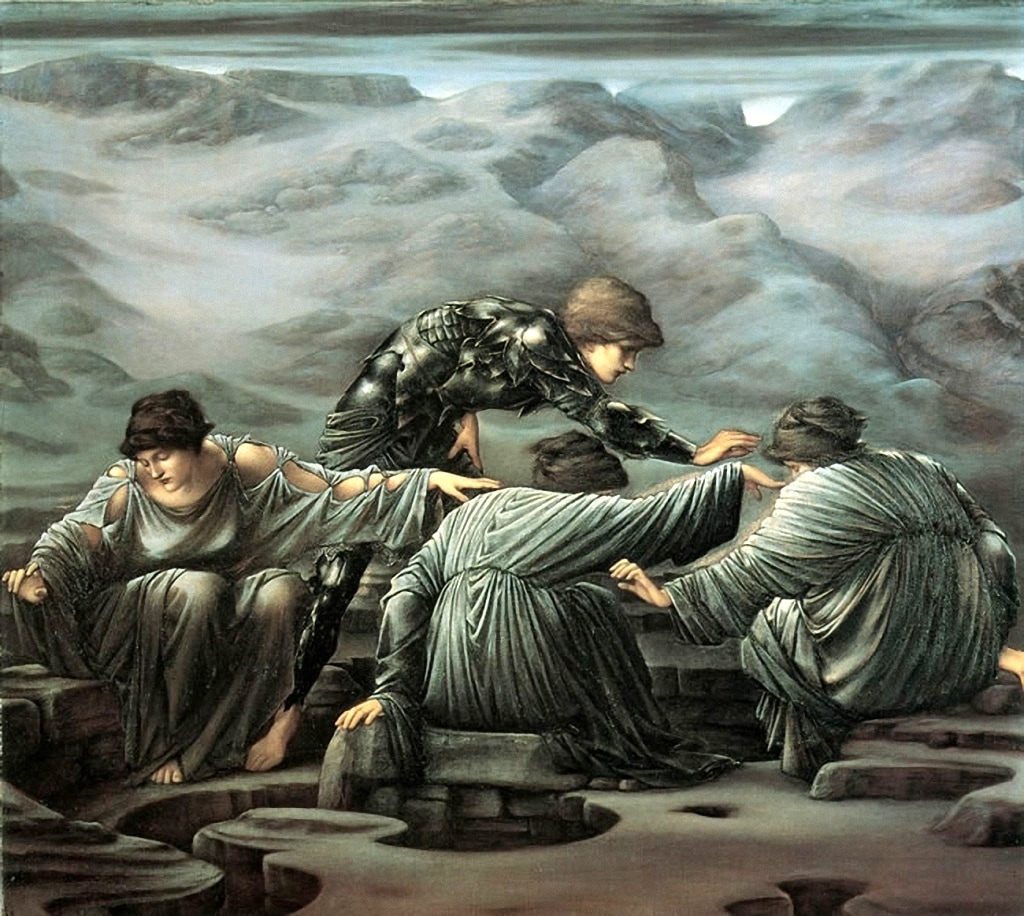 The Graeae and Perseus

It is common to believe that Perseus returned the eye to the Graeae after receiving the answer he was looking for, but in some alternative versions of the story, the Graeae became permanently blind, for Perseus threw the eye of the Graeae into Lake Tritonis.

After the departure of Perseus, the Graeae do not appear again in any further surviving Greek myths, for subsequently, who else would seek out the two remaining Gorgons?
Contents