THE GODDESS DEMETER IN GREEK MYTHOLOGY

Demeter might not be the most famous of Greek goddesses, but in antiquity she was one of the most important. Demeter was one of the deities of Mount Olympus, a sister to Zeus, and the goddess was widely revered for her role in agriculture and food production.

The Lovers of Demeter

An important aspect of any Greek deity was their partners and offspring, and as might be expected Demeter had a number of lovers and children.

Amongst the most famous lovers of Demeter were Zeus and Poseidon; and the union of Demeter and Zeus would produce the goddess Persephone, and in some ancient sources it would also produce the first incarnation of the god Dionysus.

Poseidon would force himself upon his sister. Demeter would attempt to escape by transforming herself into a horse, but Poseidon then transformed himself into a stallion to mate with Demeter. This relationship brought forth Arion, an immortal horse owned at one time by Heracles and Adrastus, and Despoina, a goddess of the Arcadian mysteries.

Demeter also had mortal lovers. The first of these was Iasion, a prince of Arcadia and brother of Dardanus. Demeter would have a brief relationship with Iasion during the festivities surrounding the wedding of Cadmus and Harmonia upon Samothrace. The relationship was brief, for when Zeus discovered the tryst, he killed Iasion with a thunderbolt in a pique of jealousy. Nevertheless, two sons were born to Demeter, Plutus, the god of agricultural wealth, and Philomelus, the inventor of the wagon and ploughing.

A second mortal lover of Demeter was Carmanor, King of Tarra upon Crete, and by him Demeter bore Euboulos, Greek god of the ploughed earth, and Chrysothemis, a Greek goddess of the harvest festival.

Some sources also name the Athenian youth Mecon as a lover of Demeter; Mecon was subsequently transformed into a poppy plant by the goddess. 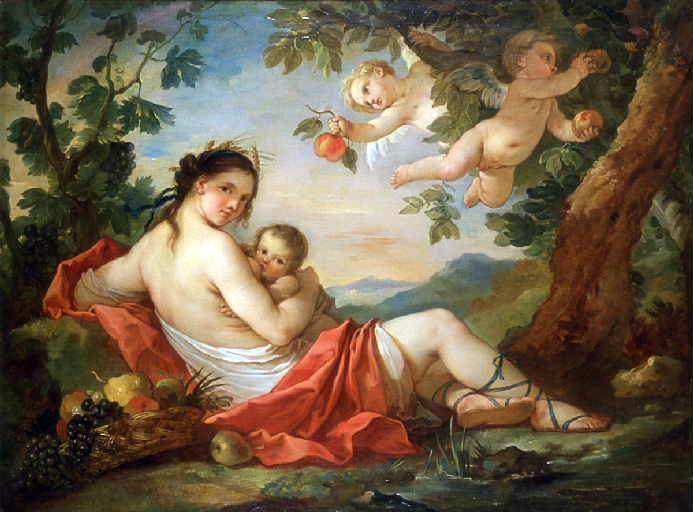 The Abduction of Persephone

Demeter soon noticed the absence of her daughter, but no one could explain what had happened to Persephone. Thus for nine days Demeter searched the earth for Persephone, and whilst she did so, Demeter neglected her role as Goddess of Agriculture, and crops failed, with famine enveloping the whole world.

Eventually, Helios, the sun god who sees all, told Demeter about the abduction of Persephone by Hades, but this information alone did not allow for mother and daughter to be reunited, and eventually Zeus had to intervene for the whole world was crying out.

Some say it was Zeus who had enticed Hades to abduct Persephone, but now Zeus had to bargain with his brother, and as a result it was decided that for one third of the year Persephone would stay with Hades in the Underworld, and for the rest of the year, Demeter would be reunited with her daughter. The separation and reunification would bring about the growing seasons, for when together crops would grow, but when Persephone was in the Underworld, ground would be left fallow. 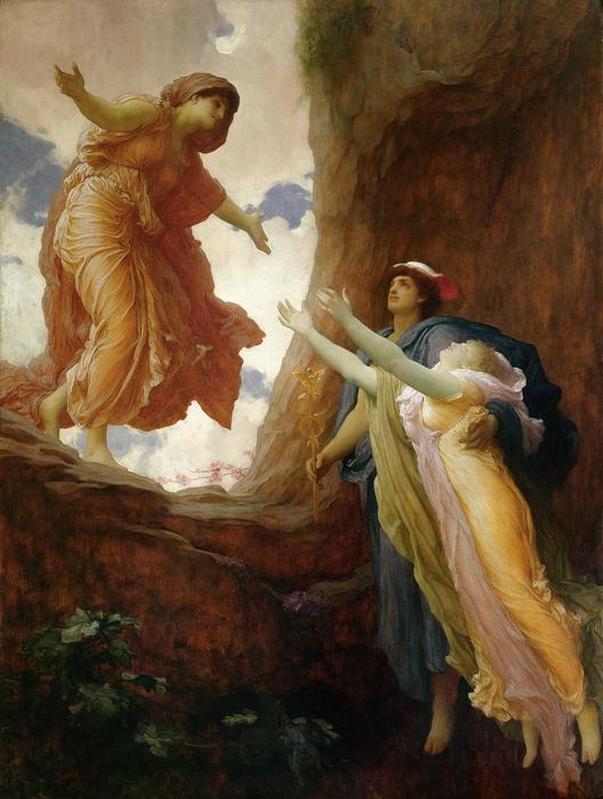 The Wrath and Favour of Demeter

Many mortals though also found favour with Demeter:

Demeter and the Sirens

Demeter and the Bone of Pelops

It was whilst distracted by the absence of her daughter that Demeter famously attended a banquet hosted by Tantalus. Stupidly, Tantalus had decided to serve up his own son Pelops as the main course, and whilst all the other assembled gods realised what had happened, Demeter unwittingly ate Pelops’ shoulder, and so when the son of Tantalus was put back together, Demeter crafted a bone of ivory so that Pelops could be whole again.
Contents