Arguably Medusa is the most famous villainess and monster of Greek mythology, for Medusa was the monster with hair of snakes and a stony gaze encountered by the hero Perseus.

Some tell of how Medusa foolishly declared herself as beautiful as Athena, but this was not her only “indiscretion”, for the beauty of Medusa would attract the attention of the sea god Poseidon. Poseidon would give into his lustful thoughts by raping Medusa in Athena’s temple.

This act of sacrilege could not go unpunished by Athena, but of course Poseidon could himself not be punished, and so Athena instead punished Medusa by transforming her into a monster. Medusa would then leave her home to live with the other Gorgons.

The Quest for Medusa's Head

Medusa is best known to today for her role in the adventures of the Greek hero Perseus.

King Polydectes of Seriphos wanted to get rid of Perseus, so that he could have his way with Perseus’ mother Danae. Polydectes would trick Perseus in accepting a quest to obtain the head of Medusa, Perseus believing that it was to be a wedding gift, so that Polydectes could marry another woman, not Danae.

As Medusa was the only Gorgon that was mortal, she was the only one that could be decapitated, although of course, Polydectes assumed that Perseus would be killed by the Gorgon.

Perseus would choose a time when Euryale and Sthenno were asleep in their caves, before entering the cave of Medusa. By looking into the reflective shield, Perseus was able to approach Medusa, without being harmed by the gaze of the Gorgon, and then one cut with the razor-sharp sword was enough to cleave the head of Medusa from her body.

Perseus then picked up the head of Medusa and deposited it into the satchel that he had brought with him. Perseus then put on the Helmet of Invisibility and made a rapid escape as Sthenno and Euryale were awake and now aware of the fate of their sister.

The Story of Medusa Continues

The story of Medusa in Greek mythology continued briefly after her decapitation.

Aethiopia -
Perseus return journey to Seriphos was a long one, and stopping off in Aethiopia Perseus discovered that Andromeda was to be sacrificed to a sea monster. Now some tell of how Perseus turned that sea monster into stone with the head of Medusa, but older myths have Perseus stabbing the monster through its shoulder until it was killed.

Certainly though, Perseus did make use of the head of Medusa in Aethiopia, for having rescued Andromeda, Perseus then married the princess. During the feasting though, Perseus would be attacked by Phineus and his followers, and after a thrown spear missed Perseus, the demi-god killed many, before Perseus removed the head of Medusa from its satchel, turning all of his enemies, including Phineus to stone. 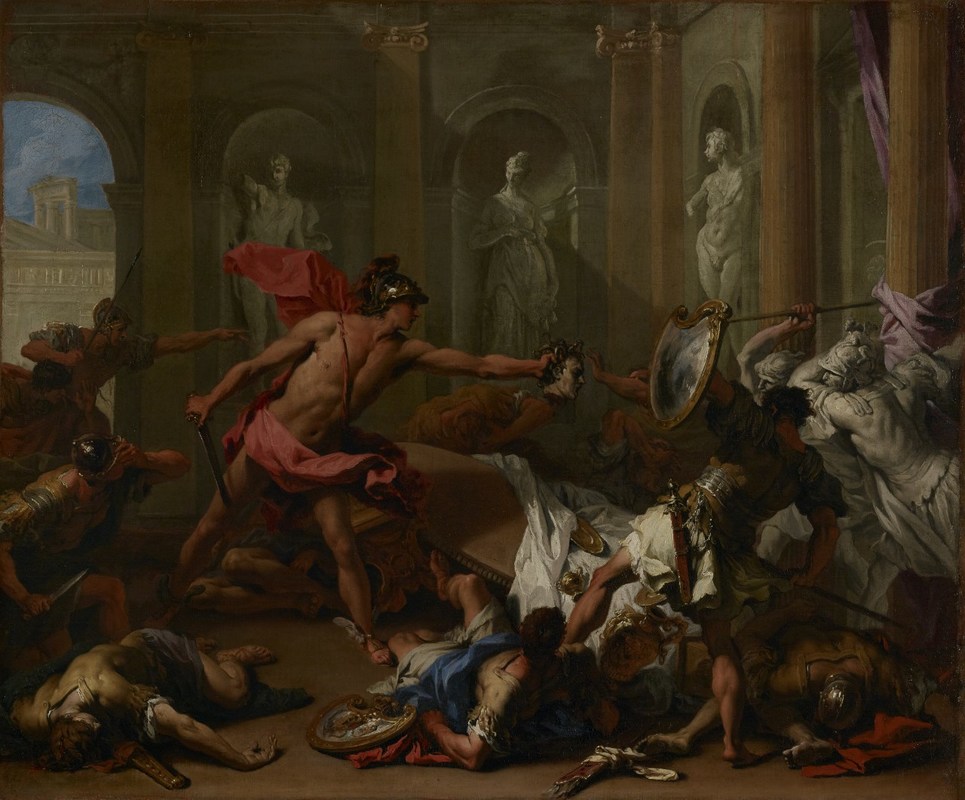 The Blood of Medusa

Snakes – as Perseus flew over the desert area of North Africa, so blood started to seep out of the satchel, and when Medusa’ blood fell upon the desert’s sands, so poisonous snakes were created.

Coral – During his journey back to Seriphos, Perseus would rest a while at the shoreline of the Red Sea. The blood of Medusa would once again seep out of the satchel, making its way into the sea, creating as it did the hard red coral found even today in the Red Sea.

Asclepius - the blood of Medusa would be given to Asclepius at a later date by the goddess Athena. The blood was of course normally deadly, but Asclepius managed to make potions out of that could cure many ailments.

The Head of Medusa

Athena – with his quest completed, Perseus presented the head of Medusa to Athena, the goddess who had done much to aide Perseus during his adventures. Athena would subsequently put the head of Medusa onto her own shield, her Aegis, making her shield an attacking weapon, as well as a defensive one.

Heracles - Athena was said to have given a lock of Medusa's hair to Heracles, who subsequently gave it to Sterope, the daughter of King Cepheus, to keep the city of Tegea safe, whilst her father and brothers went to war against Hippocoon and his sons, fighting alongside Heracles. . 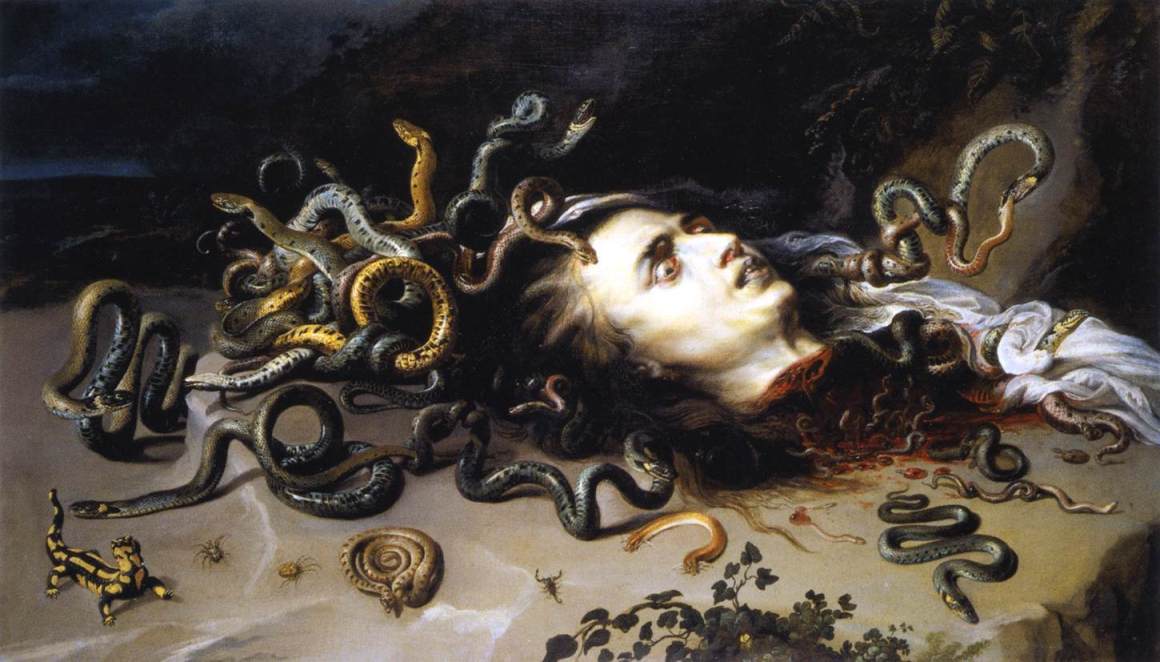