THE CORNUCOPIA IN GREEK MYTHOLOGY

The Cornucopia is of course a central feature of Thanksgiving and Harvest, especially in North America, where overflowing wicker baskets of fruit and vegetables are often found.
​
The word Cornucopia is often used in the English language as well, where it is a simile for “abundance”; the word and the imagery of the Cornucopia though comes from Greek mythology, with the origins of the Cornucopia being traced back to Ancient Greece, where there were two stories told about the creation of the Horn of Plenty.

Amalthea and the Cornucopia

The goat would nourish Zeus, but at some point the over exuberant Zeus broke off one of the goat’s horns. The nymph then filled the horn with herbs and fruit, and gave it to Zeus to eat from. The divine power of Zeus then ensured that the horn would provide a never ending supply of sustenance for whoever owned it.

It is common in ancient sources to see the Cornucopia referred to as the Horn of Amalthea.

Achelous and the Cornucopia

The horn then came into the possession of the Acheloides, the Naiad daughters of Achelous, who consecrated the horn, and transformed it into the Cornucopia.

Alternatively Achelous was already in possession of the Horn of Plenty, and to retrieve his own horn from Heracles, he traded the Cornucopia with the demi-god. 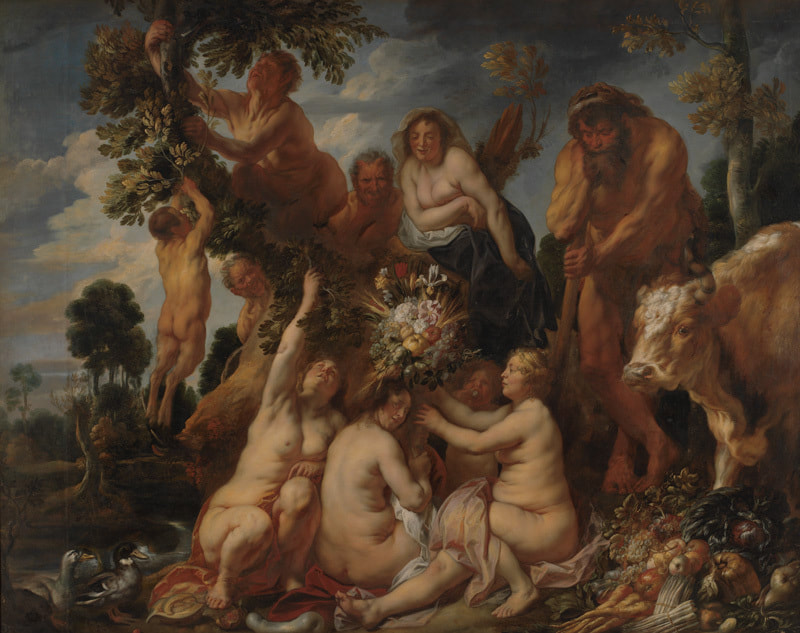 Cornucopia Symbol of the Gods

In either case, after its creation, the Cornucopia would become a symbol from many Greek deities. Demeter, the Greek goddess of Agriculture was often depicted with a Cornucopia overflowing with fruit, as was her son Plutus, the Greek god of Wealth (or Agricultural Bounty).

Other deities though were also commonly pictured with the Corncucopia, including Gaia, Hades, Persephone, Tyche (Fortune) and Irene (Peace and Spring). 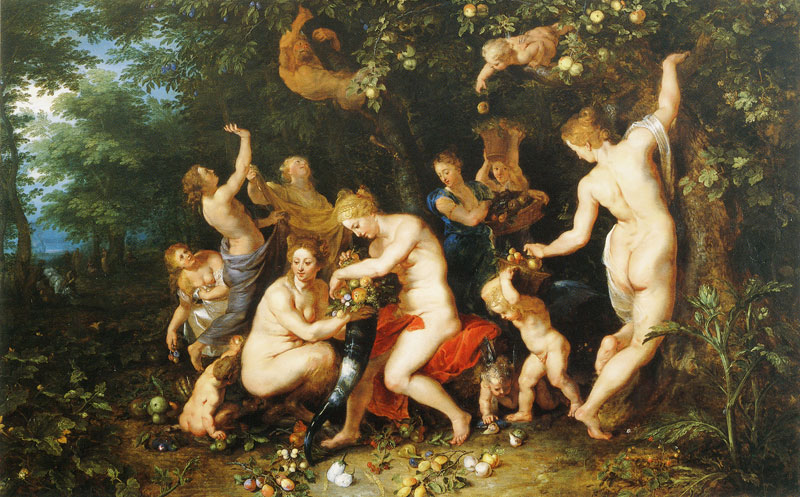