Clytemnestra Daughter of Tyndareus and Leda

Clytemnestra was born in Sparta, for she was one of the four famous children of Leda, Queen of Sparta. Leda’s husband was Tyndareus, but on the same day that Leda slept with her husband, Zeus also laid with her, in the form of a swan. As a result two immortal children were born to Zeus and Leda, Helen and Pollox, whilst two immortal children, Castor and Clytemnestra.

An alternate, and less often told, version of the Clytemnestra myth had the daughter of Tyndareus already married before meeting Agamemnon.

Tyndareus would have killed the murderer of his son-in-law and grandson, but when the king of Sparta came upon Agamemnon, Agamemnon was on his knees praying to the gods, and taken by the piety, Tyndareus decided not to kill Agamemnon, and instead Agamemnon and Clytemnestra were wed.

The Trojan War and the Gathering at Aulis

Whether willing or not, a note was sent to Clytemnestra in Mycenae, asking her to come to Aulis with Iphigenia, although the excuse given for the journey of Clytemnestra and daughter, was that Iphigenia was to wed Achilles. ​

The Sacrifice of Iphigenia

In Aulis, some tell that Agamemnon told Clytemnestra what was to happen, in which case Clytemnestra pleaded with her husband for the life of her favoured daughter, or else Iphigenia was sacrificed before Clytemnestra found out about the plans of her husband.

In any case the sacrifice of Iphigenia worked, for favourable winds arose, and Agamemnon left for Troy, whilst Clytemnestra had to return to Mycenae, knowing that her husband had killed Iphigenia.

Agamemnon would go to war for ten long years, whilst the embittered Clytemnestra would take herself a lover, just as many other Achaean leader’s wives did. In the case of Clytemnestra the lover was Aegisthus, a cousin of Agamemnon, and more importantly the man born specifically to bring vengeance of Atreus and his sons,

The son of Clytemnestra, Orestes, had to be smuggled out of the country, to avoid possible trouble with Aegisthus, although Electra and Chrysothemis would remain in Mycenae.

Clytemnestra would give birth to a further two children, by Aegisthus, Aletes and Erigone. 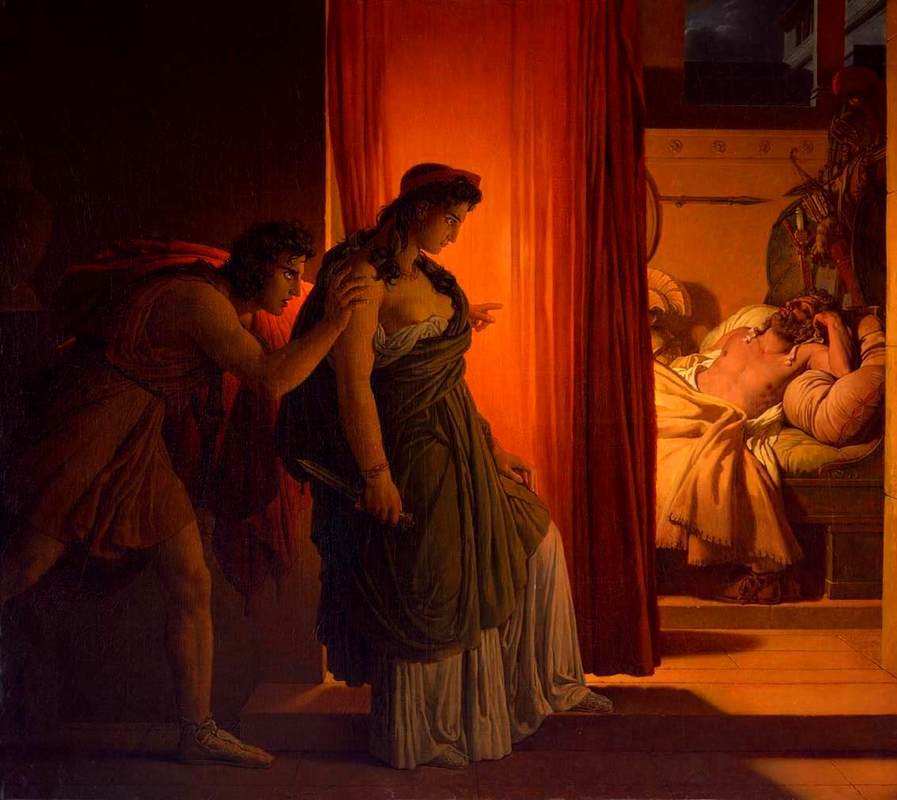 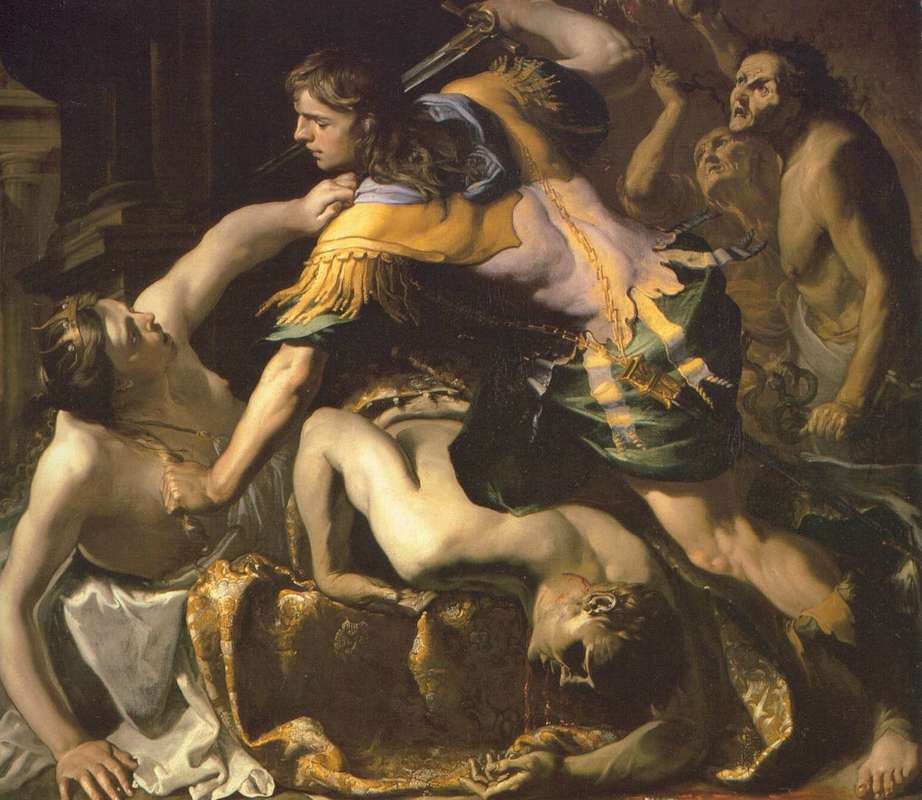 The Death of Clytemnestra

Aegisthus would remain as king for just seven years, for by that time Orestes was of age, and the son of Agamemnon and Clytemnestra returned to Mycenae to seek revenge upon the killers of his father.

Aegisthus was thus killed by Orestes, as was his half-brother, Aletes, but it was also said that Orestes committed a great wrong when he killed his mother despite her pleadings and prayers. The killing of Clytemnestra would bring forth the wrath of the Erinyes upon Orestes, and indeed it was said that the very ghost of Clytemnestra cajoled the Erinyes in their persecution of her son.

Eventually, Orestes was released from the hounding of the Erinyes when he was cleared of murder by Athena, and Orestes would subsequently marry his half-sister by Clytemnestra, Erigone. 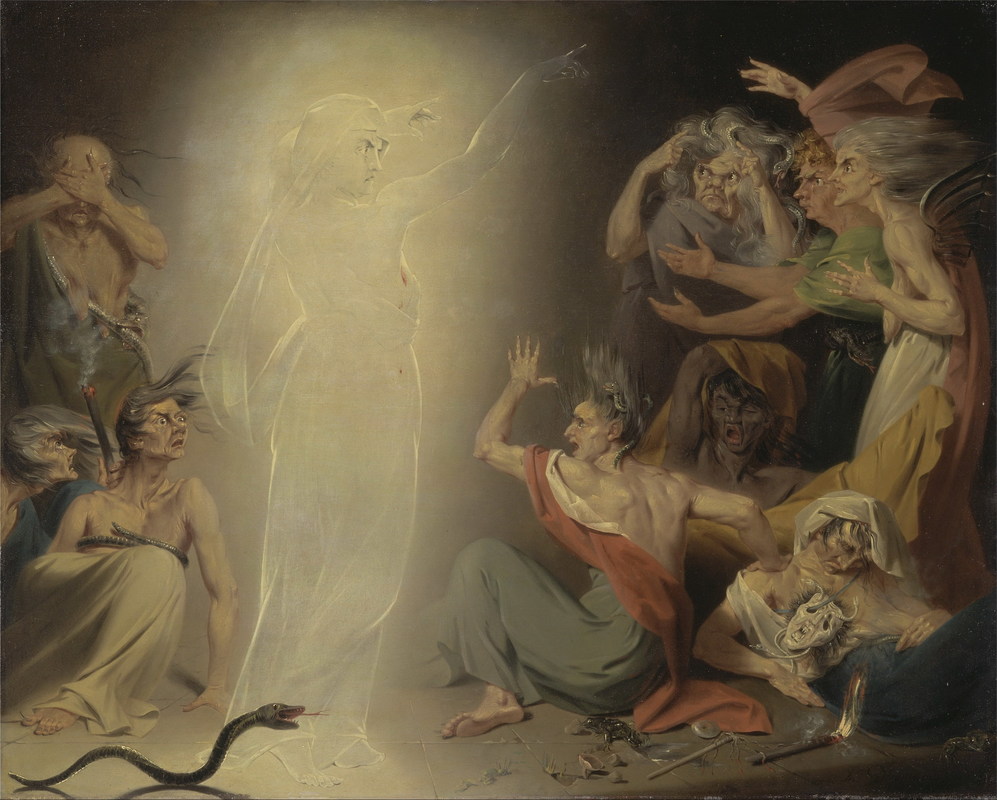