AGELAUS OF TROY IN GREEK MYTHOLOGY

The name of Agelaus is a common one in Greek mythology, but one of these men named Agelaus played a role, although unwittingly, in the destruction of Troy.

​Agelaus of Troy was a servant of King Priam in Greek mythology; some call him a common herdsman, whilst others give him the title of chief herdsman of the Trojan king.

The Prophecy about Paris

​Agelaus was in the employment of King Priam at the time when Hecabe, King Priam’s second wife became pregnant with a son.

When Hecabe started to have dreams about a burning torch setting fire to the city of Troy, this was interpreted by the seer Aesacus, that the son to be born to Priam and Hecabe was to bring the destruction to the city of Troy. Thus it was determined that that when Hecabe gave birth the son was to be killed.

Hecabe of course gave birth to a son, but neither Hecabe nor Priam could kill their son, and so the task was given to Agelaus instead. 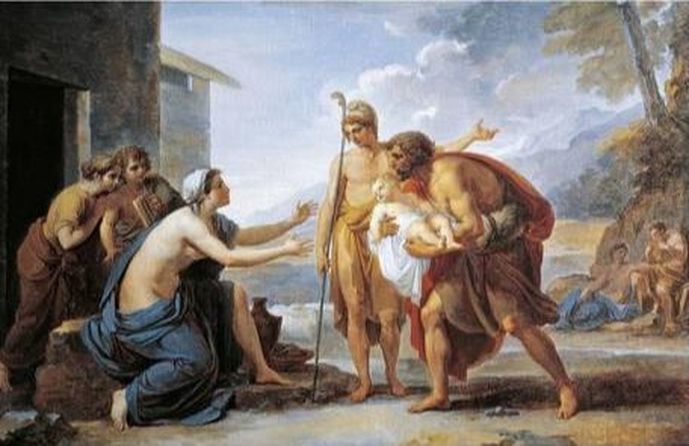 Agelaus and the Abandonment of Paris

​Agelaus, having rescued Paris, disappears from the tales of Greek mythology, but Paris of course is central to the destruction of Troy, just as Aesacus had foretold.
Contents