THE LERNAEAN HYDRA IN GREEK MYTHOLOGY

Some of the most memorable of characters to appear in the stories of Ancient Greece were the monsters encountered by gods and heroes, with a monster often overcome to prove the worth of an individual. Many of the monsters of Greek mythology are well known today, and amongst the most iconic of these ancient beasts is the many headed Lernaean Hydra.

The Hydra, Child of Echidna

The Lernaean Hydra was the monstrous offspring of Echidna, the mother of monsters, and Typhon, the most powerful of all monsters in Greek mythology. This made the Lernaean Hydra sibling to other notable monsters, including the Chimera, Cerberus and the Colchian Dragon.

The Lernaean Hydra was not raised by Echidna though, for the monster was taken into the care of the goddess Hera, and raised for one particular purpose, for Hera was plotting the demise of Heracles, the illegitimate son of Zeus, Hera’s husband.

The Hydra of Lerna

Hera would establish a home for the Hydra in Lerna, hence the given name of the monster. Lerna was the name given to a region found on the eastern coast of the Peloponnese, south of Argos. The region was especially noted for its lakes, springs and swamps, these being gifts from Poseidon, and initially for the purity of the freshwater found there and its healing properties.

The other important aspect of Lerna in antiquity was the fact that the region was also home to one of the entrances to the Underworld, the realm of Hades.

Nominally the role of the Lernaean Hydra was to guard this entrance to the Underworld; and any unwary traveller was likely to be killed by the monster.

The presence of the Lernaean Hydra in the waterways of Hydra though, also resulted in the bountiful freshwater becoming undrinkable, as the poisonous gasses released from its heads contaminated all of the water.

The Second Labour of Heracles

King Eurystheus of course believed, or at least hoped, that Heracles would be killed in the attempt.

Something that should have proved advantageous to Heracles though soon became a disadvantage for from the open neck wound, the Lernaean Hydra grew two new heads fully formed.

Heracles Triumphs over the Hydra 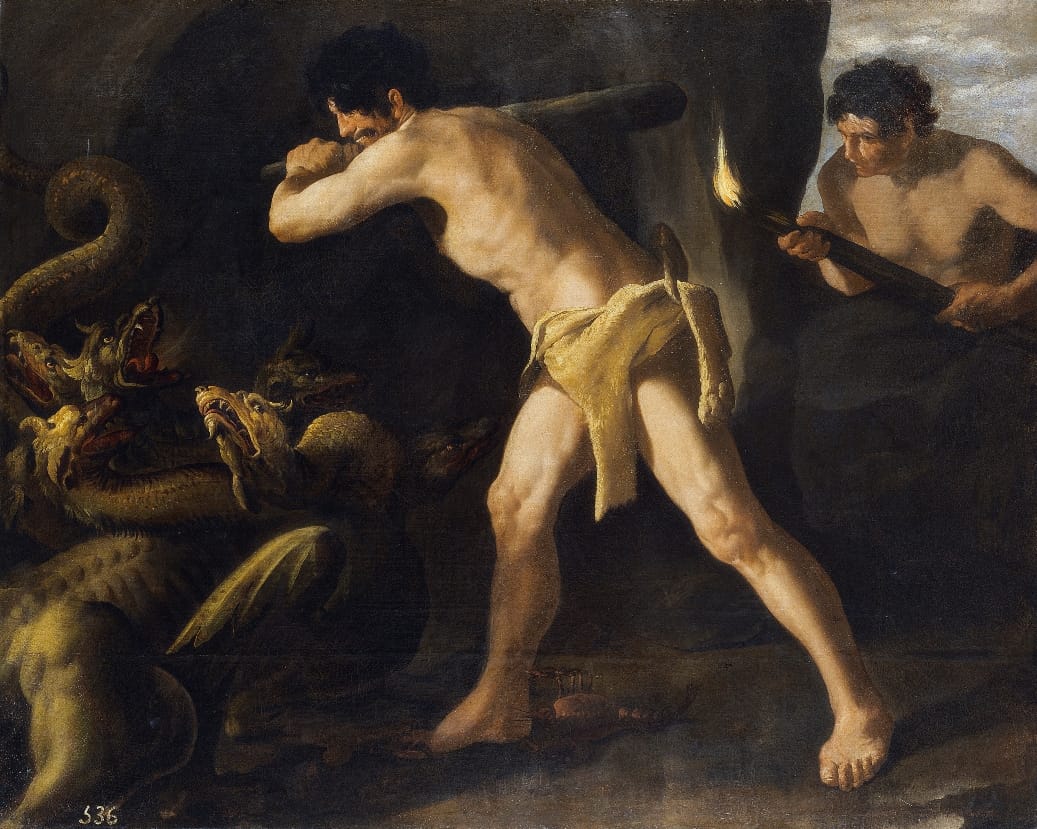 The Fate of the Lernaean Hydra

Heracles would subsequently make use of the blood of the Lernaean Hydra for thereafter the arrows of the hero were dipped in the blood, making them even more deadly.

The effort of Heracles in killing the Lernaean Hydra, and the cleansing of the water, was discounted by King Eurystheus though. For the king claimed that the assistance of Iolaus made the Labour null and void, and so Heracles would have to perform an addition task, just as occurred with the cleansing of the Augean Stables.
Contents