ACHILLES ON SKYROS IN GREEK MYTHOLOGY

​The island of Skyros is today a relatively sparsely populated island found in the Aegean Sea, northeast of Euboea. Skyros is though, an island which had appears in Greek mythology, for it was the place where Theseus met his death, and also it was home to Achilles prior to the Trojan War.

Thetis thus presented Achilles to Lycomedes as if her son was actually her daughter, named Pyrrha, and requested that she might live amongst the king’s daughters. The reason for this, given by Thetis to Lycomedes, was the fact that Pyrrha needed to learn feminine ways, having previously only been exposed to an Amazon style way of living.

The deceived Lycomedes willingly accept Achilles/Pyrrha into his home.

​Living alongside the daughters of Lycomedes, Achilles would fall more and more in love with the beautiful Deidamia, and eventually Achilles revealed himself to Deidamia. Deidamia would subsequently fall in love with Achilles, although she did not reveal his identity to anyone else.

​Away from Skyros events were occurring that made a war between Greece and Troy inevitable; and as Agamemnon gathered together forces to retrieve his sister-in-law Helen from Troy, the seer Calchas reiterated a prophecy which said that the Achaeans could not win unless Achilles was with them.

Agamemnon would dispatch other Achaean leaders to seek out Achilles. Guided by Calchas, several Achaean leaders would arrive at Skyros; Odysseus was certainly amongst the number but whether he was joined by Ajax the Great, Diomedes, Nestor or Phoenix depends upon the work being read. 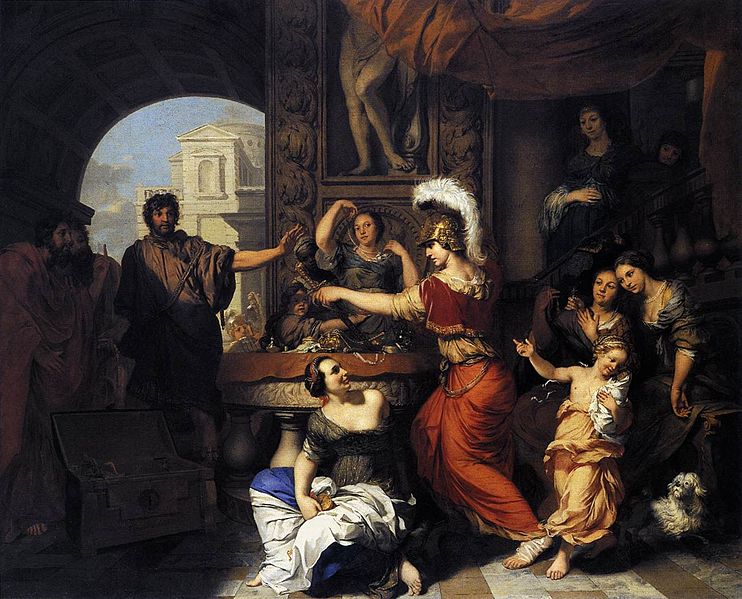 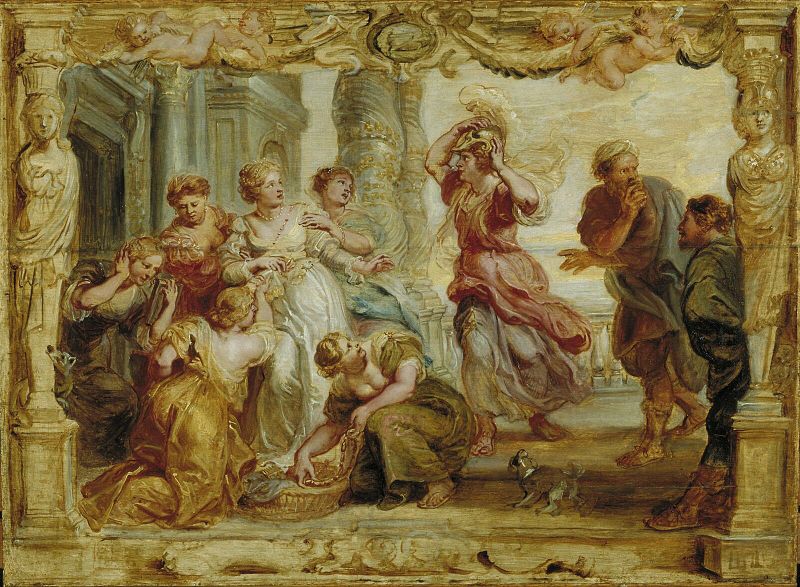 Achilles the Conqueror of Skyros

​Now some say it is unfitting for so great a hero as Achilles to have hidden away amongst the daughters of Lycomedes, and so an alternative tale is told of how Achilles came to be upon the island of Skyros.

In this version, Achilles, though still young, had developed into a military leader, and had been given the job of conquering the island of Skyros by his father Peleus. Presumably because Peleus sought vengeance upon Lycomedes, the king blamed for the death of Theseus.

The island of Skyros was said to have easily fallen to Achilles, and imprisoning Lycomedes, Achilles had taken Deidama as his wife.

Thus it was a conquering Achilles who was found by Odysseus upon Skyros, and Achilles willingly joined the Achaeans for the impending war against Troy. 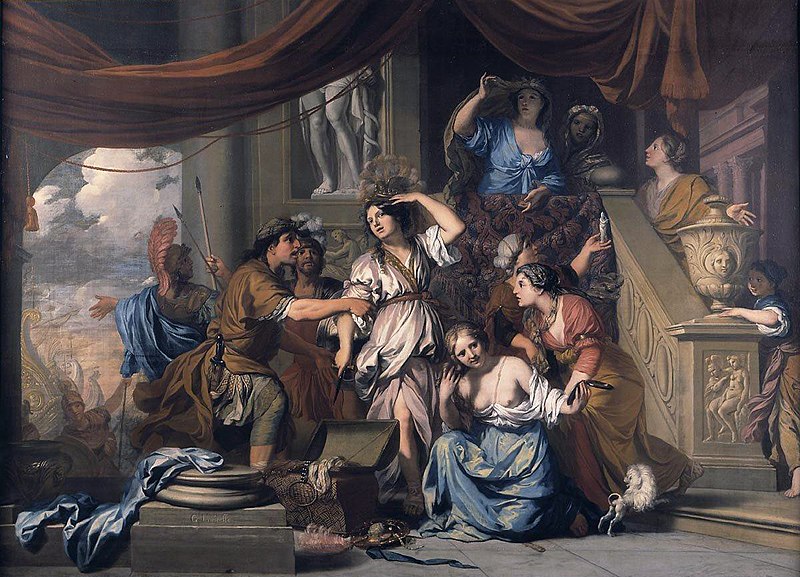