THE HUNTER ACTAEON IN GREEK MYTHOLOGY

In Greek mythology, Actaeon was considered to be a Theban hero, although his heroic credentials are not expanded upon. Actaeon though, is famous in Greek mythology for being in the wrong place at the wrong time, a situation which would result in his own death.

Actaeon was said to be the son of the minor rustic god Aristaeus, discoverer of honey and Autonoe, the daughter of Cadmus and Harmonia. Therefore, Actaeon was also probably brother to Macris.

Nothing is told of the childhood of Actaeon, but it was said that the Theban youth was entrusted to the care of the wise centaur Chiron, who trained Actaeon in the art of the hunt.

To prevent Actaeon telling others of what he had seen, Artemis transformed Actaeon into a stag though the very water in which she was bathing in.

Actaeon caught sight of his transformed self in the pool, and in a panic he ran away quickly, this though caused his own hounds to set off in pursuit. The hound did of course not recognise their own master, and when eventually Actaeon tired, the hounds set upon the stage ripping it to pieces. 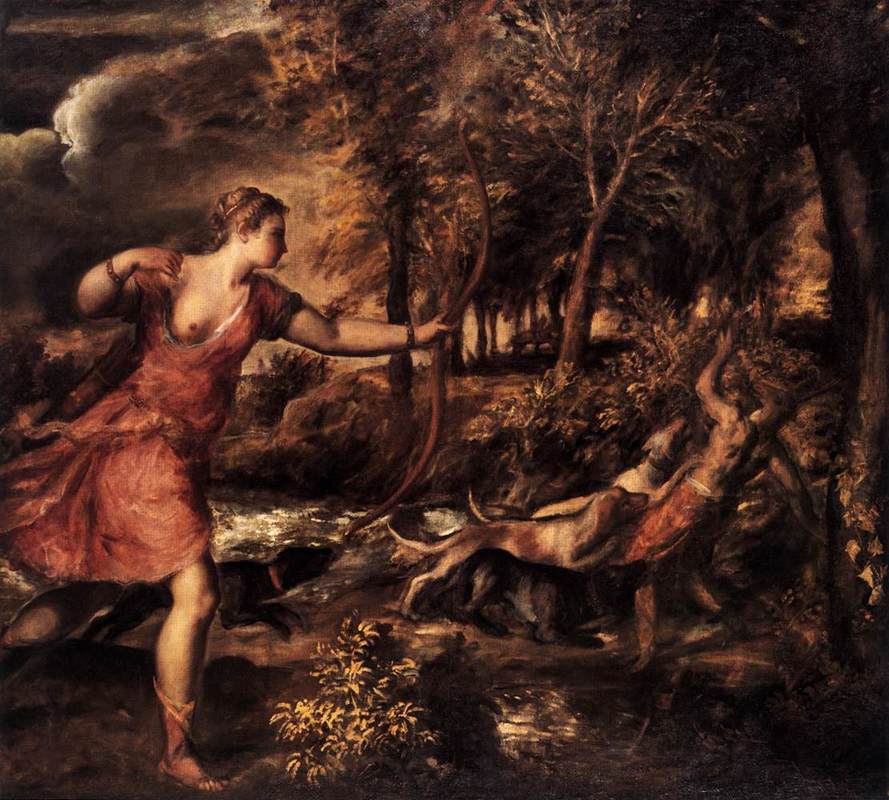 Other Versions of the Actaeon Myth

The Aftermath of Actaeon's Death

In the aftermath of the death of Actaeon, grief overtook his parents, and Aristaeus was said to have left Thebes for Sardinia, whilst Autonoe left for Megara. The hounds of Actaeon were also grief stricken, and not realising that they had killed him, search as a pack for him. Eventually, the hounds came to the cave of Chiron, and the centaur, to soothe their grief, crafted a lifelike statue of Actaeon, around which the hounds could gather.
Contents