The story of Ariadne in Greek mythology is in essence a simple one, for it is a tale of love, love lost and a new love found, but the tale of Ariadne is also an ancient one, with many versions have been told over many centuries.

The story of Ariadne begins upon the island of Crete, for Ariadne was daughter of King Minos, normally said to have been born to Minos’ wife Pasiphae. Thus, Ariadne would have many siblings including Androgeus and Deucalion. .

Nothing is said about the childhood of Ariadne for the Cretan princess only comes to prominence years later after Minos has subjugated the city state of Athens, with King Minos demanding tribute from Athens. This tribute came in the form of human sacrifice in the form of 7 youths and 7 maidens, sacrifices that would be made to the Minotaur.

Eventually, the Athenian prince Theseus would arrive upon Crete as one of the sacrificial youths, and for Ariadne, it was a case of love at first sight, as Ariadne spied the new arrival from a distance. 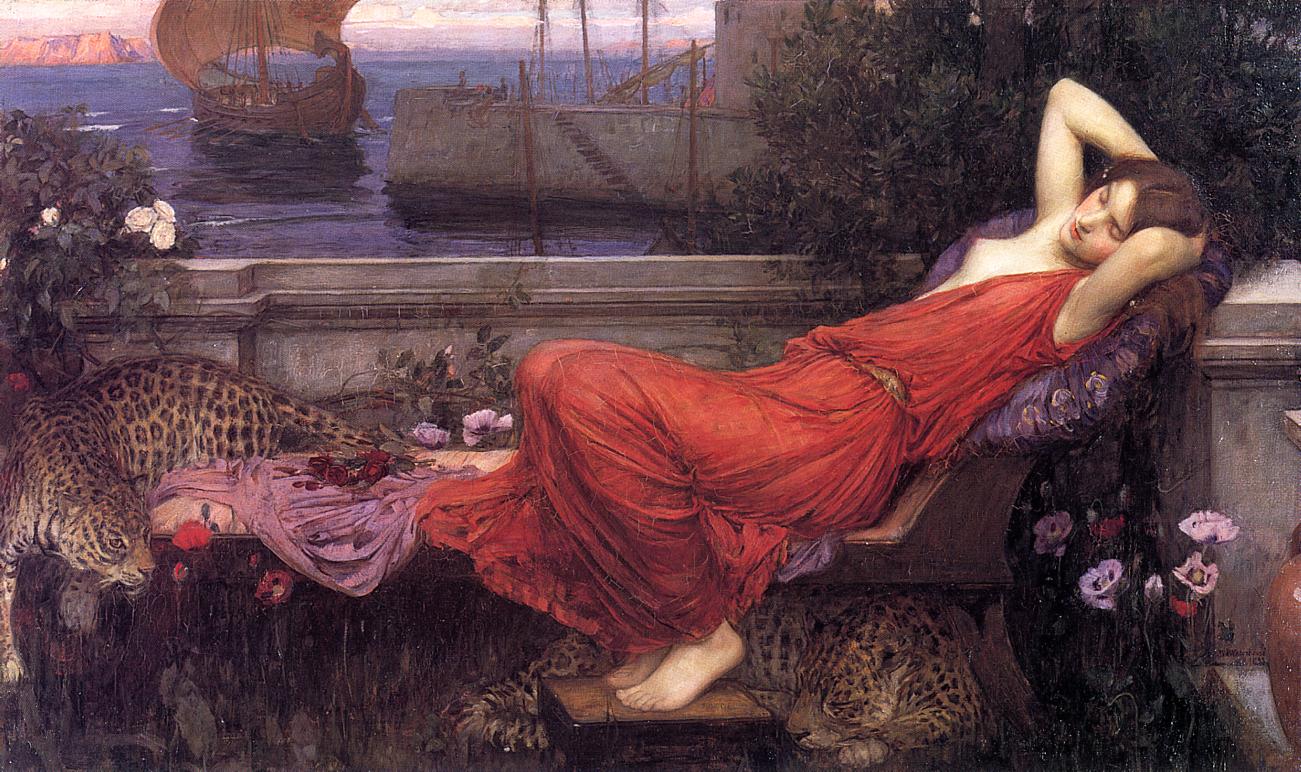 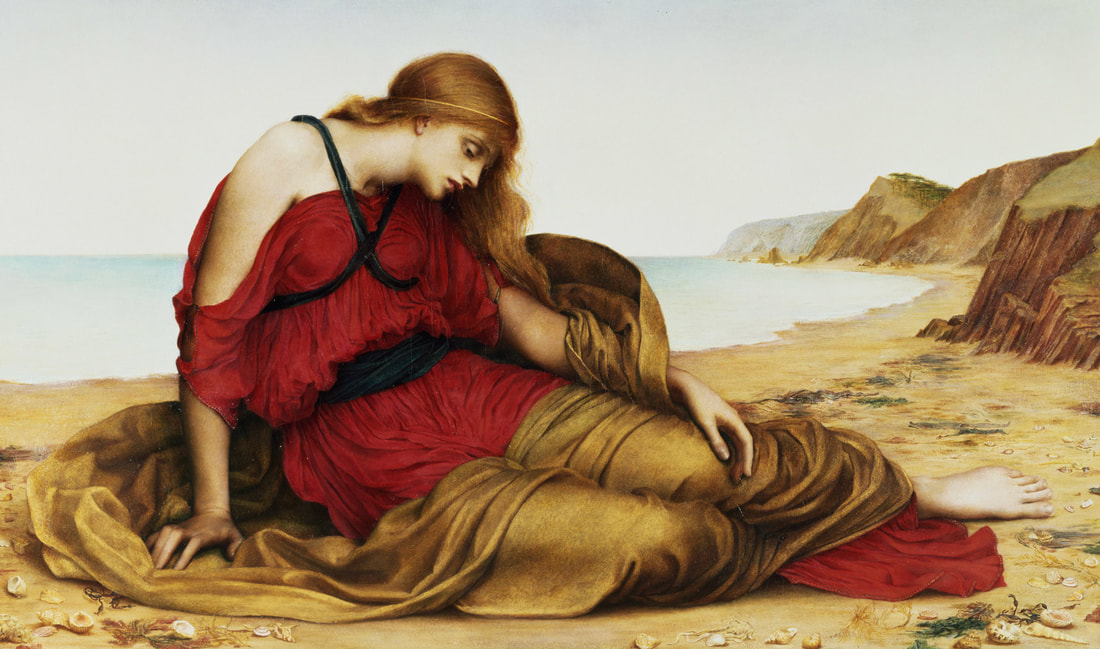 Alternatives Reasons Given for the ABANDONMENT of Ariadne

Now it most commonly said that Dionysus ordered or encouraged Theseus to leave Ariadne behind upon Naxos but it was also said by some that Theseus left Ariadne behind through no instigation of the god.

In this case Theseus might have been worried about the possible reaction of the Athenians if he were to bring back a Cretan, and daughter of Minos, to be their future queen. Or perhaps Theseus was worried about trusting a woman who was all too willing to betray her own father.

Alternatively, perhaps Theseus did not plan on leaving Ariadne behind, with the couple being separated because of a storm that blew Theseus’ ship away from Naxos, whilst Ariadne was on the island.

The Island of Ariadne

Ariadne after the Abandonment

​The most romantic versions of the story of Ariadne tell of Dionysus marrying the princess as soon as Theseus had departed from Naxos.

There are though many dark versions of what happened to Ariadne left. One version tells of Ariadne hanging herself when she found that Theseus had abandoned her, whilst others say that Ariadne was killed by the goddess Artemis, at the behest of Dionysus, perhaps because Theseus and Ariadne had made love in a grotto or cave sacred to Dionysus.

Now if Ariadne did die, then some tell of how Dionysus descended into the underworld, and brought Ariadne back to the world of the living, just as he had done with his mother, Semele. 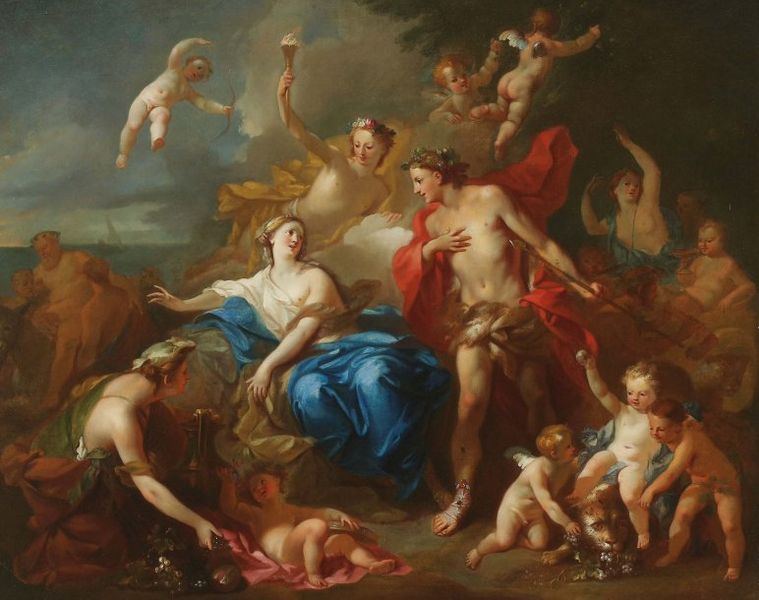 After marrying Dionysus, was normally depicted in the presence of her husband, either with him upon Mount Olympus, or present at the ritualistic events associated with the god. 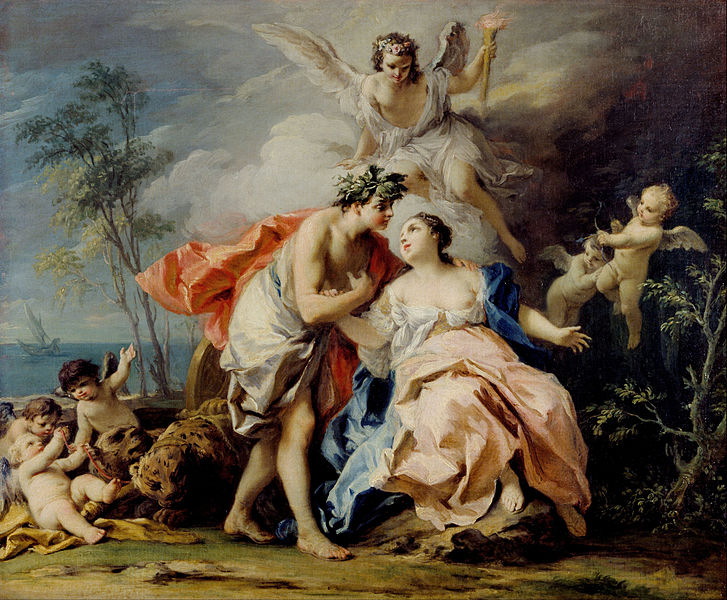 Ariadne would become mother to Oenopian, Staphylus, Ceramus,  Peparethus, and Thoas, each of whom was primarily thought of as sons of Dionysus, although Oenopian and Staphylus were occasionally named as sons of Theseus and Ariadne.

Oenopian would become king of Chios, a land given to him by his mother’s uncle, Rhadamanthys; Oenopian is famed for having blinded Orion and making wine (a close link with Dionysus)

Ceramus would become lord of one of the districts of Athens,

Peparethus would become king of the island that would then bear his name.

Thoas would also receive land from Rhadamanthys, for he was given the island of Lemnos over which Thoas would rule, before subsequently becoming the king of Tauris, where he was encountered by Orestes.
Contents