THE HEALER ASCLEPIUS IN GREEK MYTHOLOGY

Asclepius was the Greek god of medicine, a hero and a demi-god, and a forebear of all other physicians and doctors.

The Birth of Asclepius

Asclepius was generally considered to be the son of Apollo by Coronis, the beautiful daughter of Phlegyas, king of the Lapiths.

Apollo was said to have observed Coronis, and taken by the mortal’s beauty had made her pregnant. Coronis though was in love with another Lapith, Ischys; and against her father’s advice had wed him.

Apollo though believed that Coronis should have remained faithful to him, and when news of the nuptials reached him via a crow, the gaze of the angry god, burnt the previous white feathers of the crow, so that they would be black for evermore.

Apollo then complained to his sister, Artemis, who killed by Coronis and Ischys, though some say it was Apollo who did the killing.

When Coronis was laid out on the funeral pyre, Apollo decided to rescue his unborn son, cutting him out of Coronis’ womb, giving Asclepius his name, which means “to cut open”.

The location for these events is often debated, for many places in antiquity would claim that the birth of Asclepius took place in their regions, for it would be an acclaim of note.

The Wife and children of Asclepius

Asclepius would eventually leave Chiron and would find a partner in Epione, the Greek goddess of soothing of pain; although Epione was a goddess with no known lineage.

Asclepius and Epione also had five daughters together, each of whom were considered to be minor Greek goddesses; Aceso, goddess of healing process, Aglaea, goddess of beauty, Hygieia, goddess of cleanliness, Iaso, goddess of recuperation, and Panacea, goddess of universal remedy. These daughters were in essence the personification of skills held by their father. 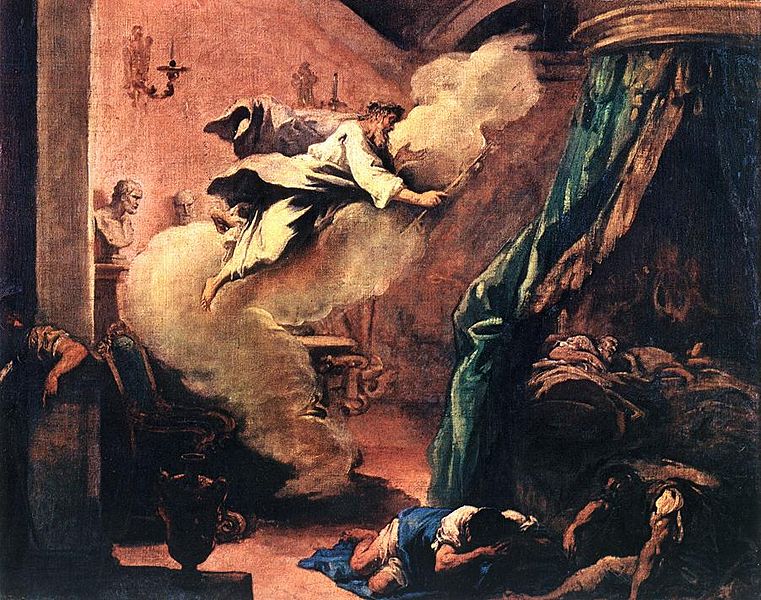 The killing of his own son greatly angered Apollo, and retribution it was said that Apollo struck down the three Cyclopes, the metalworkers who had crafted the weapons of the gods.

Zeus would have sent his own son to Tartarus for such an act of defiance, but upon the pleading of Leto, Zeus instead banished Apollo for a period of time to live amongst the mortals. During this period of banishment, Apollo was said to have entered the service of King Admetus.

As to whether the Cyclopes were themselves resurrected by Zeus or not, depends upon the ancient source being read.

The Apotheosis of Asclepius 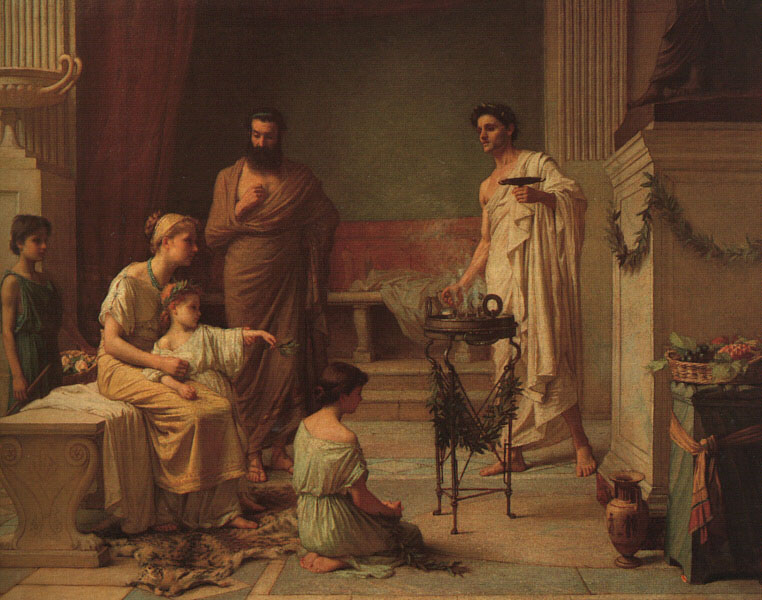