Many characters of Greek mythology are used to explain the existence of plants and flowers, as was the case with Narcissus and Hyacinth, amongst others. One of these other characters was Crocus, from whom the plant Crocus sativus, and thus saffron derives.

The grief-stricken Hermes transformed his lover into a flower, and three drops of blood, that had fallen from the head of Crocus, became the stigmata of the flower.

This tale is so similar to that of Apollo and Hyacinth though , that they could be duplicates, and thus, there also exists an alternate version of the myth.

​This alternate version of the Crocus myth though has even fewer details, but it was said that the mortal Crocus was in love with dryad nymph, Smilax.

Now whether the love offered by Crocus was unrequited, or whether it was just that mortal and nymph could not be together, depends on the version of the tale.

The gods would take pity upon Crocus transforming him into the flower, to relieve his grief, but the fact that Smilax was transformed into the thorny vine, perhaps indicates that Crocus was the rejected lover. 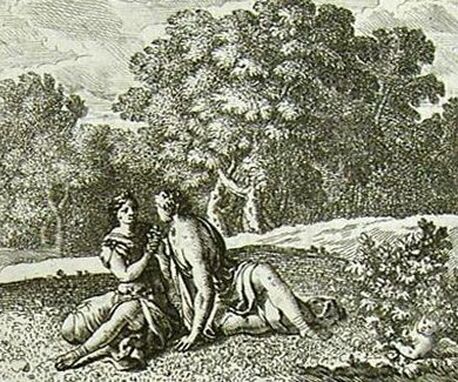